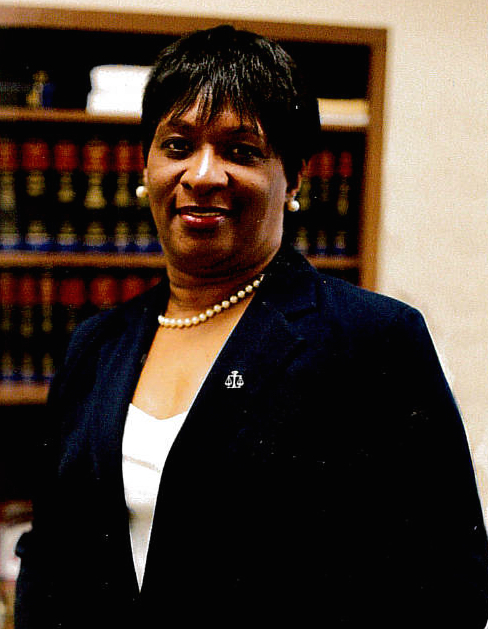 Carolyn Pettis Bell has been Justice Court clerk for 25 years and that experience, she says, is what makes her the best candidate to be the next Justice Court judge for the northern district.

She goes up against Republican candidate Jeffery Johnson on Nov. 3 in the general election.

Bell said it’s been a long year campaigning and looks forward to the election.

“As the election draws nearer, campaigning is getting more exciting,” she said. “With God’s help, and the support of my family and a few volunteers, and after meeting many, many people, the big day is almost here.”

Bell said she has spent some time going door-to-door meeting the voters and has found many people don’t understand what a justice court judge does, or even what type of cases are heard at Justice Court.

“It’s the court of the people,” she said. “It’s the first court experience for most people, and the only one for many. When they ask what it is, I explain what we handle.”

“They are on call 24 hours a day, seven days a week,” Bell said. “I have extensive professional management training through the Judicial College Law Center which enables me to meet the challenges of a Justice Court judge.”

The training a clerk goes through is the same as a judge is given.

“Being employed with the Lafayette County Justice Court since 1990 gives me in-depth knowledge, insight and on-the-job training of courtroom procedures,” Bell said. “Being prepared gives me the courage to face circumstances with boldness. Experience does matter and my past record exemplifies my hard-working, honest dedication and commitment to the citizens of Lafayette County.”

Bell said she has enjoyed being clerk and will continue to be if the election doesn’t turn out in her favor.

“I am the longest-serving Justice Court clerk on record in Lafayette County,” she said. “Being clerk has been a rewarding experience. However, I believe I am entitled to the best life has to offer. The end of one road is the start of another.”

With county leaders having some discussions about whether or not to move the Justice Court, Bell said she realizes it’s the decision of the Board of Supervisors but hopes to give some input as clerk or judge.

“I would like it to be renovated and moved but I prefer it to be closer to the sheriff’s department,” she said.

Bell is a native of Lafayette County and grew up in the College Hill area. She graduated from Lafayette High School and attended the University of Mississippi. She’s a member of the Justice Court Clerk Association and she and her husband, Pastor Columbus Bell have a church in Oakland, Philadelphia Missionary Baptist Church, where they have served as pastor and first lady for seven years. She is the daughter of William C. Pettis and the late Bertha Thompson Pettis and the second child of eight siblings.

“I come from a strong Christian background where we were taught respect for self, respect for others and responsibility of our actions,” she said. “My main objective is to serve the people of Lafayette County, not to be influenced by personal feelings, be impartial, fair and just in my decisions while considering the facts.

“Lafayette County is my home and the citizens have been very kind to me and I want to give back to my community.”

Justice Court judges are public officials elected by the public who are authorized to hear, and decide, cases in a court of law.