Oxford student strives for success in jewelry-making and modeling 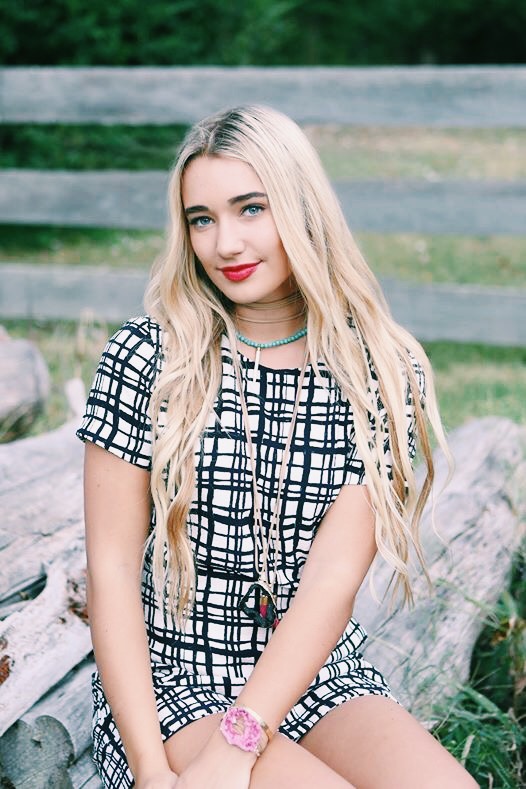 Eliza Kennard Photography Oxford High School’s Sara Caroline Bridgers, 16, is quite the entrepreneur with her own jewelry line.

An Oxford High School student is making a name for herself in Oxford as a model, jewelry-maker and video editor.

Sara Caroline Bridgers, also known by her popular social media name @SarCar, is a junior at OHS who has already achieved more than your average 16-year-old.

She is involved with the Oxford community and plays many sports at school. She is also modeling, building her own jewelry line, creating videos of local events and managing her website.

“In Oxford, I’ve modeled for several boutiques, and on a bigger scale, I model for Social South out of Jackson, Mississippi, and for Justine magazine,” Bridgers said. “I am signed to an agency out of Memphis, Tennessee, called Colors.”

Bridgers has modeled for many popular stores around Oxford, such as Miss Behavin’, Katherine Beck Gifts, and Engagements Bridal & Formal Wear.

“I got into modeling when Miss Behavin’ asked me to do their spring shoot, and immediately fell in love with it,” Bridgers said. “I have an athletically built body from soccer, pole vault and cheer, so I also think the idea of someone (who is) not stick-thin with zero muscle being what girls see in magazines really appealed to me.”

Though this is the fall of Bridgers’ junior year, she is already beginning to look at colleges. The University of Mississippi is a possibility.

“I’m still trying to decide what I want to be so I can find a school that fits (me) best, but right now, I am thinking (of majoring in) producing of some kind, journalism, or something with fashion design,” Bridgers said.

Already ahead of the game, Bridgers has been making short videos for a few years now.

“I think a picture is worth a thousand words, but a video is worth a million,” she said.

After getting a GoPro, Bridgers began taking the small action camera everywhere and creating short movies. Falling in love with the editing process, she joined the broadcasting class at her school and finds inspiration at events she attends.

“There just is no limit with what you can do with video footage and a computer,” Bridgers said.

Her favorite video comes from the University of Mississippi Greek system’s bid day at the Kappa Kappa Gamma sorority house in 2014.

“Everyone around me was so happy and so excited,” Bridgers said. “To be able to capture that raw energy gave me so much inspiration.”

Filming and editing video footage is no small task, but Bridgers is driven to put in the work and is always looking for ways to improve herself.

“When I finish them, I always find tiny things and think ‘Oh I should have done this differently,’ but it just helps me learn and do better the next time around,” Bridgers said.

Earlier this year, she began her own jewelry line creating necklaces made from suede cord, druzy stones or other pendants.

Her line was launched because of the positive feedback she received from friends about a necklace she threw together one morning before school.

In a rush to look good for picture day, Bridgers felt her outfit was missing a necklace. Using suede cord she had around the house and an already broken necklace, she created the first necklace that would start her line.

“I had tons of friends ask where I got it,” Bridgers said. “Honestly, I was shocked people actually liked it. I made five, gave them to friends, and the word kind of spread.”

Bridgers has also promoted her jewelry line through social media and created a website where her items are sold. Her secondary Instagram account, @JewelsbySarCar, features girls all over Oxford and Bridgers modeling her jewelry line, and it keeps girls updated when new items are available on her website.

Although Bridgers’ website was originally created for the purpose of selling her jewelry line, it has also turned into a blog where she is able to share her faith and beliefs with others.

“I looked up to older girls so much when I was younger, so to think someone might be looking up to me, makes me want to set that good example I would always look for,” Bridgers said.

Her determined personality and entrepreneurial skills have made quite an impact on her peers.

“She is driven and dedicated to trying to brand herself successfully and show people what she loves to do,” Oxford High School junior Alden McInnis said. “Because trust me, she loves to accessorize.”

In Oxford, a few local stores have expressed interest in selling Bridgers’ line in their stores, but her line is so popular, she is struggling to keep her website stocked. Every shipment she has received sold out under 20 minutes.

“Her jewelry line ‘Jewels by SarCar’ (is) really popular right now,” McInnis said. “A ton of girls have them in Jackson.”

Bridgers is looking forward to seeing where all her hobbies will take her in the upcoming years.