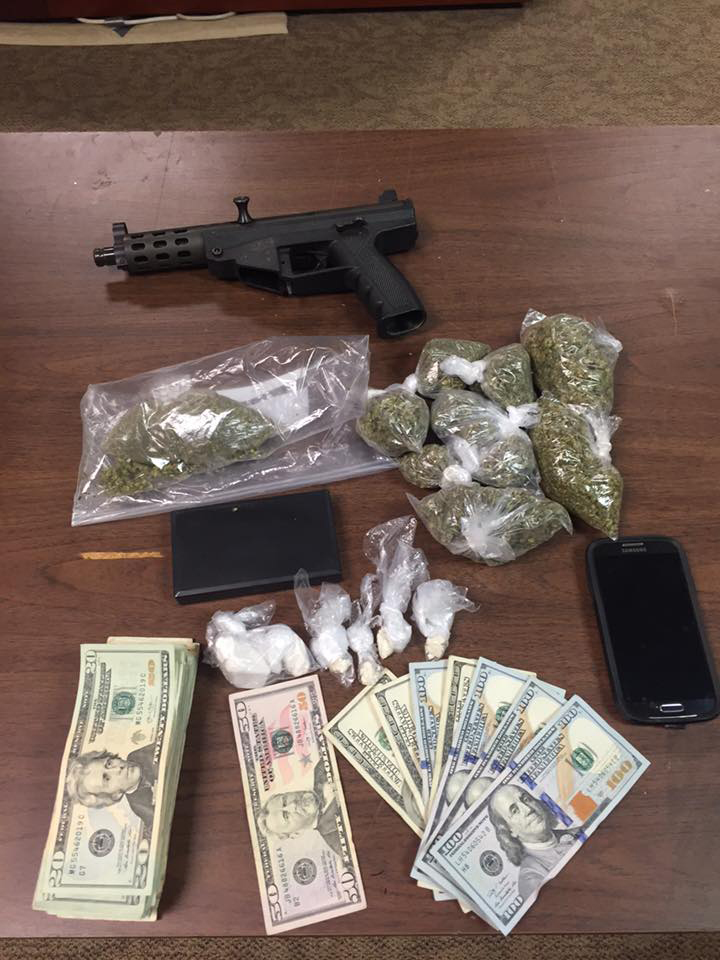 An Oxford man was arrested Friday and faces several charges after Oxford police officers pulled him over and allegedly found drugs, cash and a gun in his vehicle.

According to the Oxford Police Department, patrol officers pulled over a 2002 white Ford F-150 at 10:38 p.m. that was traveling south on South 18th Street and driving without headlights on. Officers told the driver, Michael Frieson, 34, why they pulled him over and ran his driver’s license which came back as being suspended for failing to attend court on two separate occasions.  The officers noticed the smell of marijuana coming from the vehicle when they asked Frieson to step out of the vehicle. He asked Frieson if he had been smoking marijuana to which Frieson responded that he had smoked some earlier in the day.

Officers placed Frieson into custody for the driving while license suspended charge, and searched his vehicle where they allegedly discovered 180 grams of marijuana, 22.3 grams of crack cocaine and an AA Arms Tec 9 firearm. They also discovered $3,648 in cash. He was taken to the Lafayette County Detention Center where he was booked and is awaiting a first-appearance bond hearing sometime today.