County under a burn ban

The board of supervisors approved a request Monday from county fire coordinator Jerry Johnson to immediately issue a burn ban in the county. The ban will be in effect until Dec. 7 or until the Mississippi Forestry Commission determines it will no longer be necessary.

The board exempted the state forestry commission to allow them to continue controlled burns in the county. Johnson said Monday there is currently one active control burn in the county.

A burn ban means that residents are not allowed to burn any outdoor debris and could face a fine of up to $500 if they violate the order.

Drought conditions throughout Mississippi have caused officials to ask residents not to do any outdoor burning. Since Saturday, more than 2,000 acres had been burned due to wildfires, according to the Mississippi Forestry Commission.

Johnson said Lafayette County has been fortunate compared to the rest of the state. There were two major fires in the county on Friday, and two or three on Sunday and Monday.

“We went a long time without any fires and here in the last few days, we’ve been getting two or three a day,” Johnson said. “I consulted with forestry and the recommended we put a burn ban in place.”

The fire coordinator does not have the authority and cannot issue a burn ban on his own. Only the board of supervisors in a county can issue a ban.

With the drought conditions expected to continue, Johnson felt the burn ban would be necessary.

Johnson expects fires to happen accidentally, such as a farmer who set his milo field ablaze on Friday when a spark caused a fire while he was sharpening a blade on his tractor.

“We know from this point on, conditions will continually get worse,” Johnson said. “We know that there will be grass fires, not from people violating the burn ban, but from accidental purposes. People just really need to be careful.”

Johnson said that if a fire leaves the property the owner is liable for the damage to their neighbor’s property.

“This isn’t about fining people or issuing citations, but trying to protect the public and public land,” Johnson said. “The last thing we want to do is fine people. That’s not productive to us, so it’s better to educate the public and let them know a burn ban is in place. People pretty much comply and have been receptive to do what we need to do. As far as we are concerned, we would not be doing our due diligence not to put a burn ban in place.” 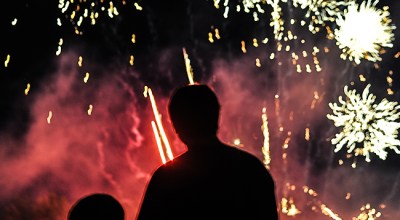 One killed, another injured in evening wreck