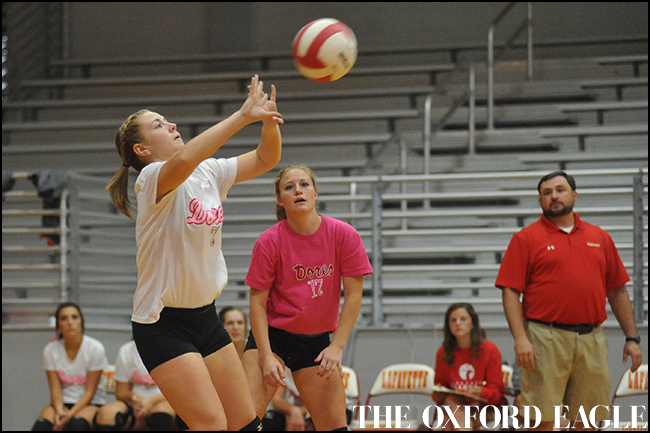 Clint Jordan didn’t feel like talking a whole lot Tuesday night, but with his team’s season depending on it, there were times Lafayette’s coach had to make sure the Commodores heard him loud and clear.

Feeling a bit under the weather, Jordan watched his squad go back and forth with Ripley in the first set of its opening match of the MHSAA Class II playoffs at the LHS gym and eventually fall in a 1-0 hole. Having played the Tigers three times previously this season, the Commodores were aware of Ripley’s knack for finding holes in opposing defenses with well-placed serves but weren’t acting like it.

So Jordan called a couple of timeouts to remind his team of the game plan.

The victory earned the Commodores (24-14) a second-round date at Lewisburg either Thursday or Saturday.

The Commodores’ problems handling Ripley’s serves early made for poor ball movement and little semblance of an offensive attack “because we kept giving them an easy ball back over the net after it was served,” Jordan said. But Lafayette adjusted, started getting the ball to its setter and hit the Tigers with an onslaught of points.

The Commodores started the second set on a 4-1 run and led by as many as six before evening the match at a set apiece. Lafayette set the tone in the third set with the first four points, and the Commodores went on a 7-2 run in the fourth to grab a 12-8 lead before gradually extending their advantage for a match-clinching victory.

“Once we were able to serve-receive against their serve, it became hard for them to score and put us in long rally situations, which that’s what we’re good at.”

TACKLING THE ISSUE: Defense may change practice habits to…