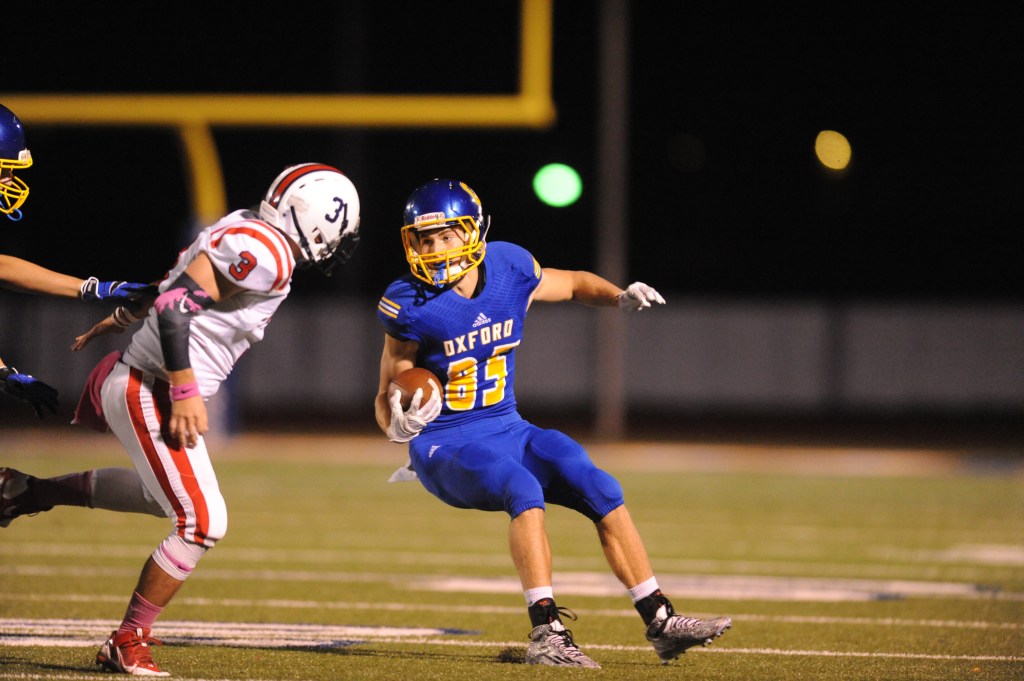 Whether it happens this Friday night or another one over the next three weeks, Oxford will likely assure itself of a spot in the postseason, but head coach Johnny Hill doesn’t want his team to wait around.

The Chargers can clinch a berth in the MHSAA Class 5A playoffs with a win over Clarksdale on Friday at Bobby Holcomb Field. Oxford (6-2, 4-0 Region 1-5A) has won five in a row since back-to-back losses to Starkville and Madison Central, and Hill doesn’t want anything derailing the main objective left in the Chargers’ regular season.

That’s because the two-time defending 5A North Half champions seem to be hitting their stride at the right time.

Oxford’s defense is allowing less than 18 points a game during its string of wins while the offense, behind a rejuvenated passing attack, has scored at least 46 points in each of the first four region games. The Chargers are averaging 306 yards a game through the air during the streak with quarterback Jack Abraham racking up 23 of his 29 touchdown passes, including seven last week against New Hope that gave him 102 for his career.

“It’s all about timing,” Hill said of the passing game. “I think the coaching staff has done a really good job, the offensive coaches, of getting a rhythm and getting everybody on the same page. They’re stepping up and playing, and I think that’s critical.

Clarksdale (6-3, 3-1), which needs a win Friday for its region title hopes as one of three teams sitting a game back of the Chargers, is allowing 20 points per game while scoring the same amount on offense. The Wildcats, led by quarterback Troy Johnson, have run for nearly 600 more yards than they’ve thrown for, but Oxford will have to be prepared for anything Friday as the Chargers try to get one step closer to another region championship.

“Their skill people are good,” Hill said. “Their quarterback throws the ball pretty accurate now, I’m telling you. He’s not bad, and he’s got some guys to go get it.
“Don’t give them anything cheap and make them earn everything they get. I think if we do that, we’ll be fine.”