Natural gas expansion to aid in economic development in Oxford 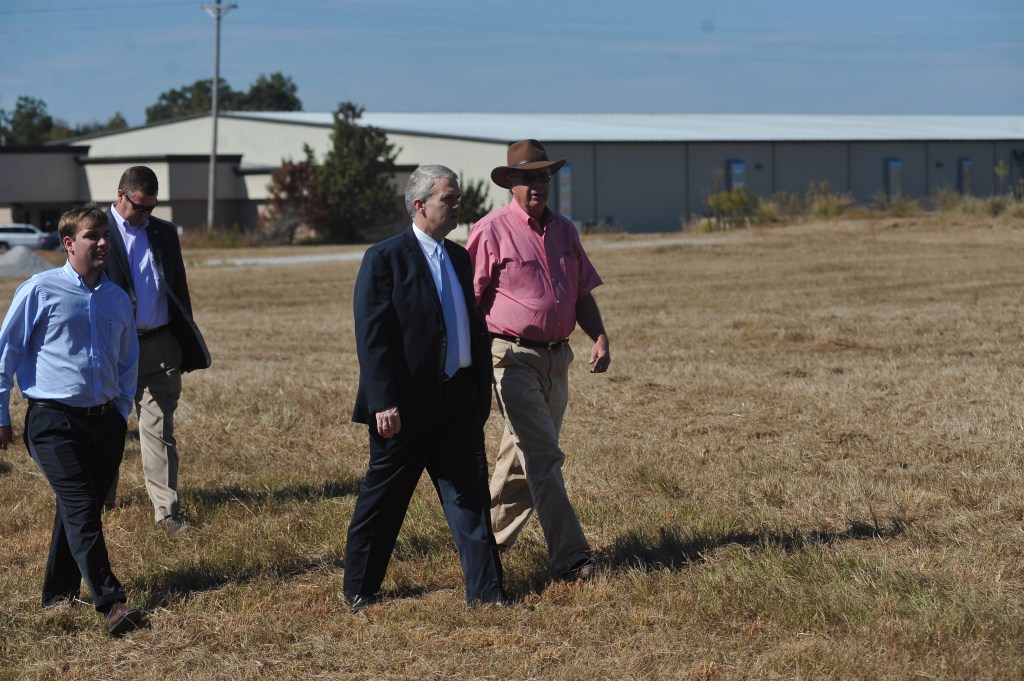 Natural gas capacity for the Max Hipp Industrial Park in Lafayette County is set to be tripled for both current and future businesses.

CenterPoint Energy is using “Supplemental Growth” funds approved by the Mississippi Public Service Commission to provide the expansion, which will cost more than $270,000. It is part of CenterPoint’s $5 million investment per year in the area.

“Several years ago, the commission, working with our utility companies, in particular our natural gas providers in Mississippi, looked to create a fund to go out and serve industrial areas just like this industrial area here in Lafayette County,” Presley said, and the supplemental growth program was formed. “It’s really aimed at creating jobs and bringing natural gas infrastructure out to our rural industrial areas and out to areas that just simply lack commercial and industrial development.”

The industrial park covers 450 acres just north of Oxford’s city limits. Seven businesses currently reside in the park, including Winchester and Caterpillar. The expansion also will provide an extra 200 acres of gas-ready land for use for prospective companies.

Both Presley and Maynard said electricity is plentiful but when a company in the past needed a higher volume of natural gas to come in to the park, that option was not available.

“This is for the future,” Presley said. “This is about economic development. We want to be able to have natural gas here, ready and hopefully affordable and make sure that we are powering our industrial customers throughout Mississippi with it. This makes this industrial park more marketable for the county and makes it better to create jobs and better to make sure we are recruiting industries.”

McDougal said the gas expansion was a two-part project.

“We started at the intersection of County Road 101 and 166,” he said. “We got a four-inch, high-pressure gas line and bored it into the hill all the way down to the intersection that you see at the end of the road. That’s about half the project. The other half goes back to the lagoon in the back. We now have high pressure, which is also important too. We had a gas line here but it only served what we considered intermediate pressure, but now we have high pressure, which most companies that manufacture need.”

McDougal said the full project should be complete by the end of the year, and Maynard said now more businesses that use a high amount of natural gas can be recruited, like plastics, extrusion and those that are using high temperatures for production.

“The first time I heard about this project was a year ago or so,” Maynard said. “I actually called Jody and said I have a project here and they need more gas than anybody I’ve ever seen before. Can we do that? Jody’s answer was no, not yet, but let me tell you what’s coming.

“All of a sudden it made new projects available to us. Any project that we’ve had in the past that hasn’t passed because of simply gas concerns we can now accept.”

Presley called the gas expansion a building block for economic development 20 to 30 years in the future.

“This is going to pay good dividends, not only today, but for the future of Lafayette County when it comes to economic development,” Presley said.