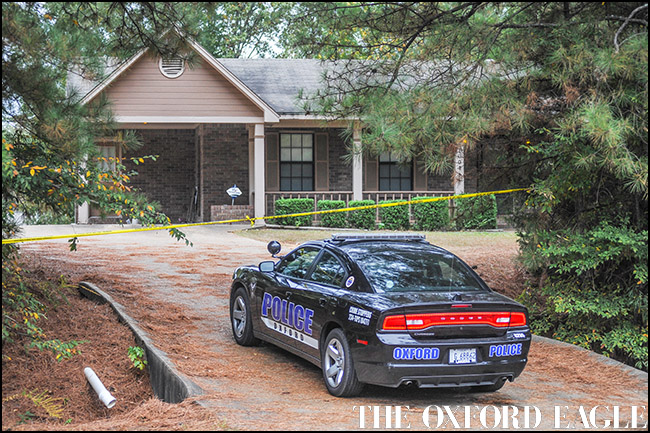 An Oxford police car sits outside a house at 1004 Molly Barr in Oxford, Miss. on Saturday, October 24, 2015. At approximately 1:35 a.m. Saturday police responded to the house in reference to a welfare concern. Upon arrival the officers found Kenneth Roberson, age 52, deceased inside the home. Investigators are waiting for official results of the autopsy to determine the cause of death but are investigating the death as a homicide.

Kenneth Roberson, 52, of 1004 Molly Barr Road, was found dead by Oxford Police around 1:35 a.m. after police received a call from family to go check on him, and they are investigating his death as a homicide.

According to Oxford Police Maj. Jeff McCutchen, upon arrival, police found his body and have sent it to the State Medical Examiner for an autopsy. He said results will hopefully be back Monday.

McCutchen said it is possible a firearm was involved.

McCutchen said it is unknown if anyone else was in the home at the time of the death and there are no reasons at this time to believe there were any other crimes were being committed at the time of his death.

There are no suspects or motives to release at this time. Police said more information will be released as it is available.