BACK IN THE SADDLE: Tunsil’s return gives boost to Rebel offense 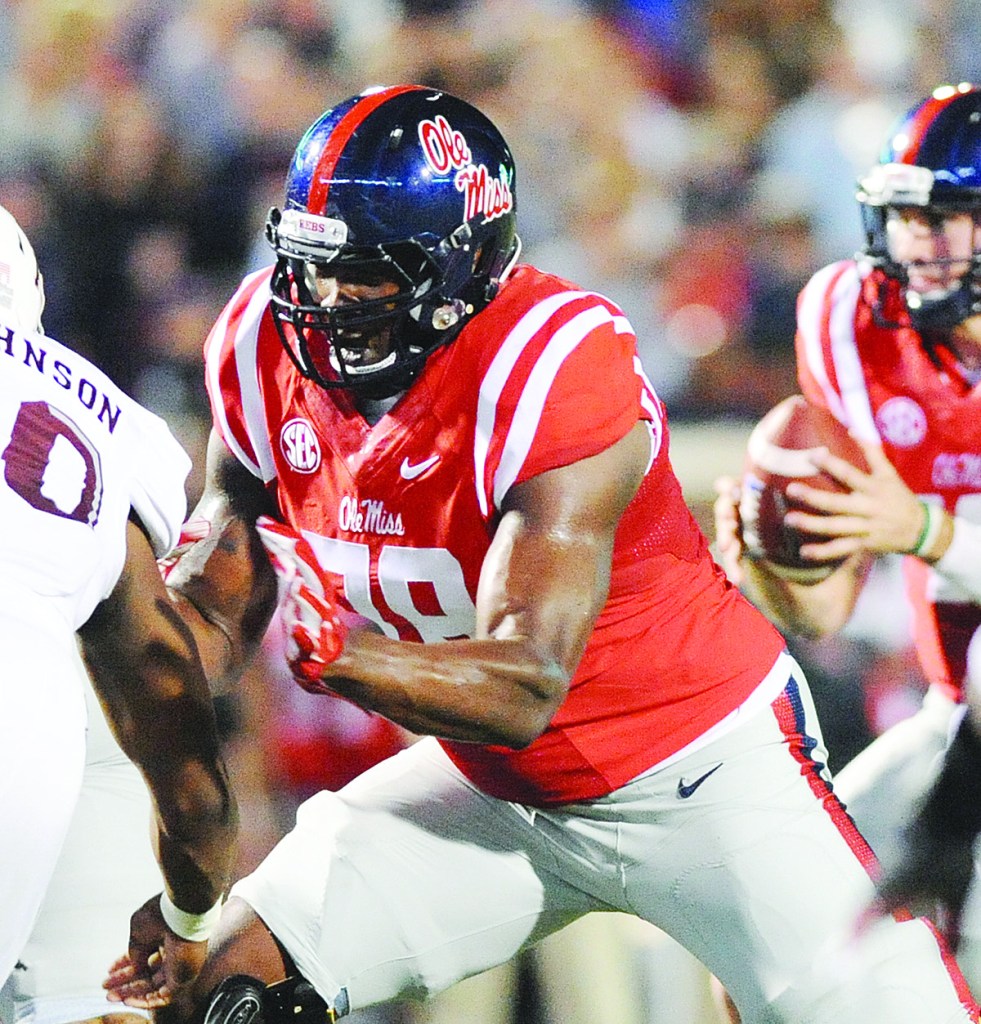 Offensive tackle Laremy Tunsil played his first game of the season after serving a seven-game suspension due to NCAA rules violations.

Tunsil started and returned to his home at left tackle, and it came not a moment too soon with Texas A&M in town. The junior lined up across from what is considered the best defensive end in the conference, if not the nation, in Myles Garrett.

Tunsil held his own against the sophomore and kept Garret quiet for most of the game.

The only noise Garrett made in the first half was when he broke into the backfield, batting a pass from Chad Kelly and grabbing it for an interception. Garrett finished with seven tackles.

“That’s a great matchup,” Ole Miss coach Hugh Freeze said. “Two quality, quality players that are two of the best in the nation.”

The lack of a pass rush allowed quarterback Kelly to have plenty of time in the pocket. Kelly attempted multiple deep passes and finally connected on a 58-yard touchdown pass to Laquon Treadwell in the third quarter. He finished with 26 completions, 241 yards and two touchdowns.

“I thought the whole offensive line did a great job tonight,” Kelly said. “They pass protected really well. Any time you have Laremy out there, it’s going to help you.”

Tunsil’s presence was not only felt in pass protection but also helped open up a running game that saying has been stagnant would be an understatement.

After rushing for 40 yards against Memphis last week, Ole Miss rushed for 230 against the Aggies on Saturday.

“With him coming back, it gave everybody their comfort zone back,” said running back Jaylen Walton. “He looks awesome. He definitely proved why he should be one of the top ones (in the NFL draft). Going against the best defensive end in our league, he did a great job tonight.”

The stability of getting Tunsil back in the starting lineup helped move other offensive line pieces back to their regular positions. It was the first time the offensive line had any semblance of what it was expected to look like in the opening week. Fahn Cooper moved back to right tackle with Aaron Morris at left guard and Rod Taylor at right.

“I know this, having him back and us being able to move everybody back to their original spot that we had planned on starting the year obviously had some positive impacts for us,” Freeze said.

It may have been Tunsil’s first game of the season, but he stayed in shape the seven weeks prior by taking snaps with the twos in practice and working with the strength and conditioning staff.