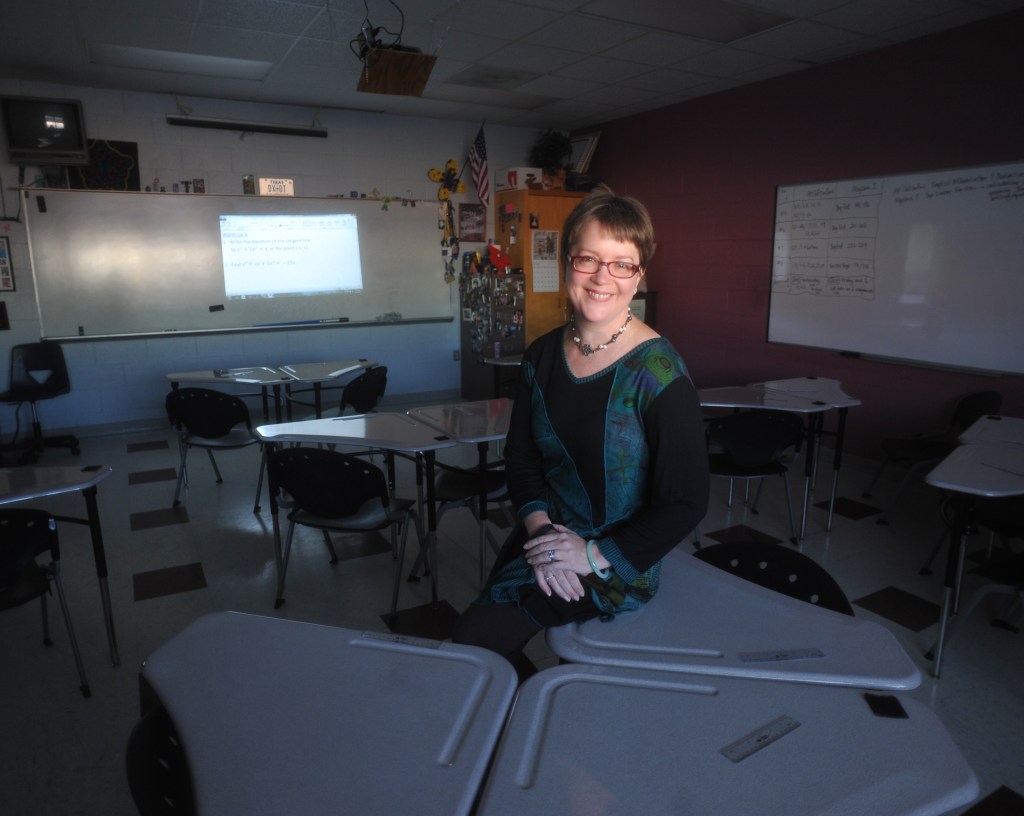 Virge Cornelius is a math teacher at Lafayette High School, in Oxford, Miss. on Thursday, October 22, 2015.

A Lafayette High School math teacher is among the tops in the state and will find out this spring if she heads to national competition in math and science.

Virginia “Virge” Cornelius was named one of six 2014-2015 state finalists for the Presidential Awards for Excellence in Mathematics and Science Teaching Program this month.

Cornelius said when she found out she was nominated; she knew she needed to give it her best shot. She said she wanted to do the best she could for her students and the parents of the children she teaches.

Cornelius, in her 26th year as a teacher, mainly teaches Algebra I and Advanced Placement Calculus. She’s a reader, table leader and question leader for the AP Calculus national exam.

Nominated in March, she began a lengthy and detailed application process and submitted her credentials in May. Her application currently is being reviewed in Washington, D.C. She could possibly be selected as the presidential winner for the state, which is the highest recognition that a kindergarten through 12th grade mathematics or science teacher may receive for outstanding teaching in the United States. If she is named, Cornelius will attend a White House reception.

Before coming to Lafayette, she earned her undergraduate degree from Smith College and her master’s degree from Harvard University, both in Massachusetts. Cornelius continued to teach at a state boarding school and at local camps until she moved to Mississippi in 2000.

“Math is a language,” Cornelius said.

Cornelius’ personal creed is that all people can do math. Because it is a universal concept, is the perfect discipline to train a person’s brain analytically as well as highly procedural and creative. It is without race, ethnicity, gender, age or sexual orientation. Additionally, she said people who claim to never use what they learned in high school math class are unaware of how everyday analytical thinking can be attributed to math.

Over the years of teaching, her favorite aspects are when she sees former students succeed later in life. Cornelius said she is always happy when she hears of a student that is successful in a science-based field or just got a job that requires something she taught them in high school.

“That’s why teachers do it,” she said.