Students start off day at peace 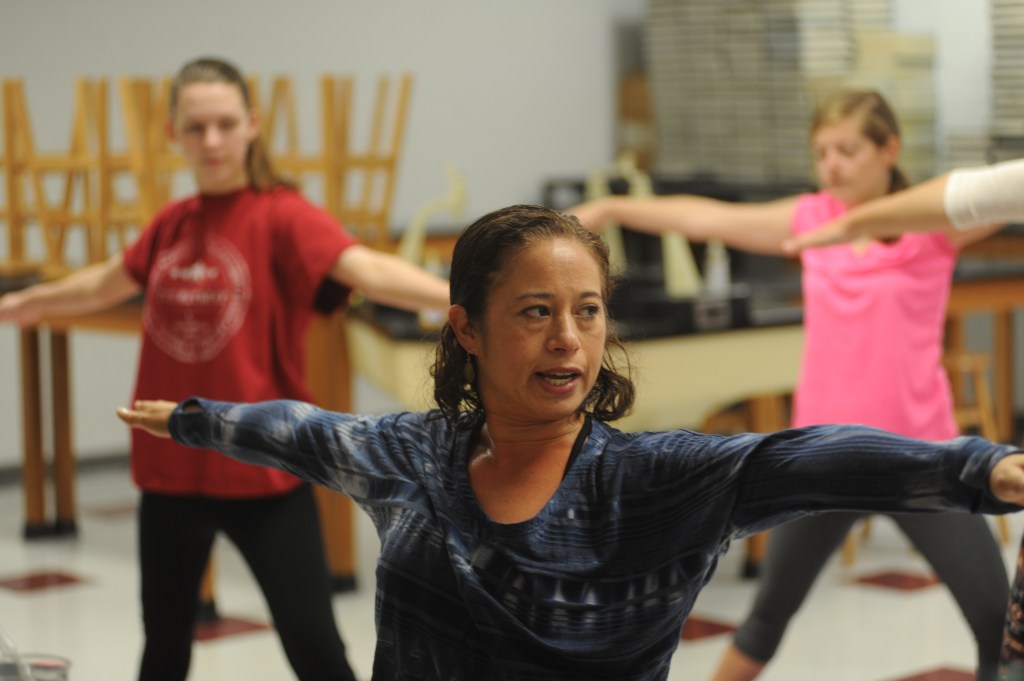 Abby Davis may be just 16 years old, but any teenager will attest that high school can be a stressful time in life. Some adults will even admit they’d take adult stress over teenager stress any day.

To help her get through, she turned to yoga to help calm her nerves. She took some private lessons last year and now, thanks to her Lafayette High School biology teacher, Deborah Jones, she can do yoga twice a week before school starts.

“It helps me feel stronger and better about myself,” Davis said last Friday before the yoga session began.

Her favorite part is the cool-down, resting period at the end of the session.

Jones started at Lafayette High School in 2005 as a biology teacher. She left for three years and returned four years later. She started the yoga club at the start of this school year after going through teaching classes at Southern Star Yoga in Oxford.

“As a biologist, I’m always trying to teach the students about body awareness and more connection to their body and their health and this was a nice way to bring that outside of the normal biology class,” she said.

The club averages about 10 students and is held before school starts on Monday and Friday.

“I’ve had some students say they want to join but they’re dependent on the buses to get to school,” Jones said. “Next semester I’m teaching it as a PE class so that will open it up for more students.”

While it’s only been about six weeks, Jones said she has noticed changes in some of her students already.

“Some seem more focused,” she said. “I know some of them have dealt with a lot of stress and anxiety. They’re more active now and I believe it’s helping them.”

Freshman Jim Meals is one of about five male students who joined the yoga club. He joined to become more flexible.

“I didn’t want to tear anything while running,” said Meals, who is an avid jogger.

He particularly enjoys the arm balance exercises and was the only student to successfully do the “crow” during last week’s session. The crow position requires balancing all of your weight on your elbows, bent over with knees resting on the back of your arms.

August Andre attempted the “lizard” pose, where one leg is brought forward to the arm while lunging and opening the hips, hamstrings, groins and hips.

“I don’t think my pants will let me do that,” he said with a chuckle.

Andre has been around yoga most of his life.

“My mother has been taking classes for years,” he said. “It’s great for stress release and for athletes who want to increase their flexibility. It’s also just great for anyone who wants to be part of a great community and have fun.”

Jones often would tell the students to let their minds go blank and not think about all they needed to do that day, whether it’s a test they had or a difficult situation to deal with later that day.

“Let everything release,” she said. “Don’t worry about anything. Just be here. Be calm and quiet.”

A LOFT grant recently given to the club will allow for Jones to purchase yoga mats and blocks.

“I’m really enjoying it and hope to see the club grow over the years,” she said.