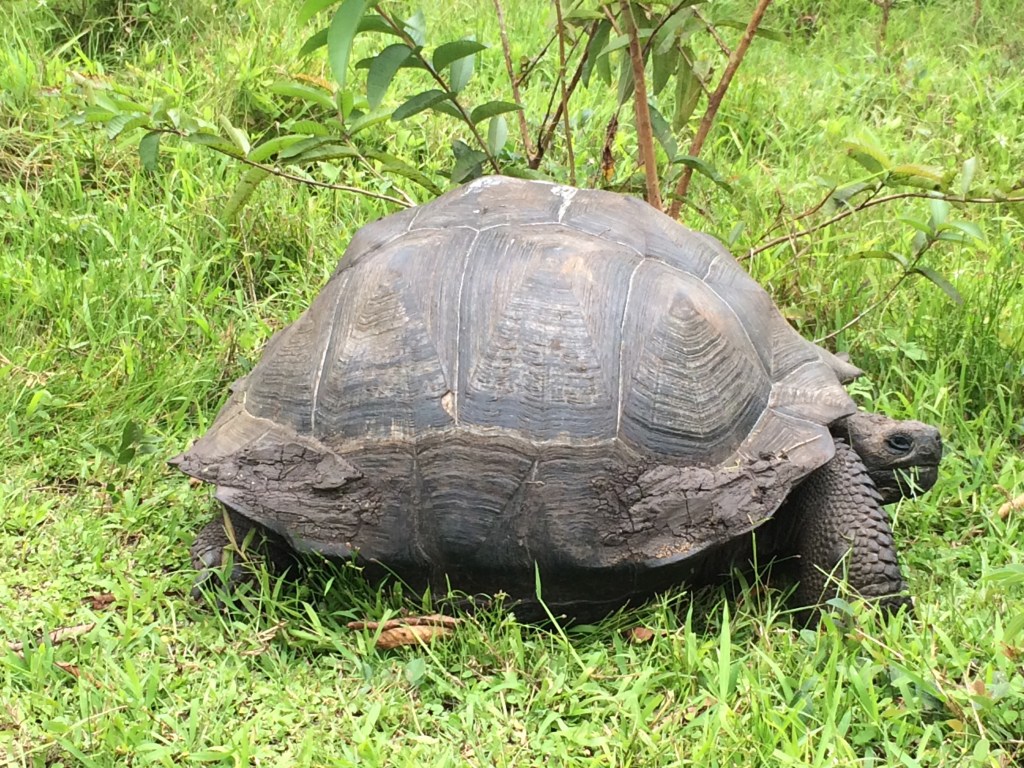 A University of Mississippi biologist collaborated as part of an international research team on the discovery of a new species of the Galapagos giant tortoise, findings that are included in the Oct. 21 issue of PLoS ONE, a peer-reviewed journal published by the Public Library of Science.

Working as part of a group led by Yale University, Ryan C. Garrick, UM assistant professor of biology, used genetic data to help uncover the existence of the new species on the Santa Cruz Island in the Galapagos.

“Giant tortoises occur in two separate locations in Santa Cruz,” Garrick said. “Until now, it was assumed that these groups belonged to the same species. However, genetic analyses have now revealed that they are actually separate species: the Western Santa Cruz Tortoise (Chelonoidis porteri) and the newly-named Eastern Santa Cruz Tortoise (Chelonoidis donfaustoi) have been reproductively isolated from one another for a long time.”

This work is part of a larger research program. Garrick also was an author on related papers published earlier this year in the journal Ecology and Evolution and last year in Molecular Ecology.