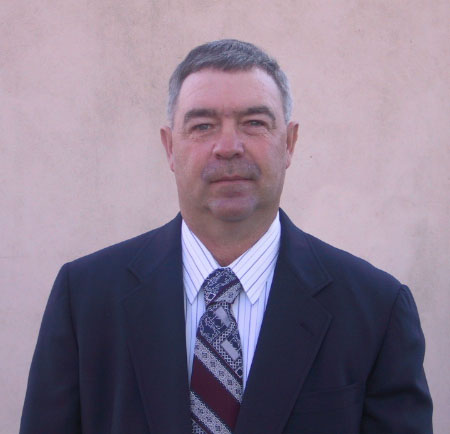 EDITOR’S NOTE: This is the last in a series of stories featuring candidates in the Lafayette County area leading up to the November general election.

Becoming a Lafayette County supervisor is more than just getting a new job for Republican candidate Johnny Mike Fortner — it’s a childhood dream.

“It’s been a dream of mine to become supervisor since high school,” Fortner told the EAGLE Tuesday.

Fortner, 57, will go up against incumbent Mike Roberts in the District 5 race on Nov. 3.

This isn’t Fortner’s first go at politicking. He has run for supervisor every election for the last 20 years. This year is his fifth attempt at winning the most votes to sit on the Board of Supervisors.

Fortner is a foreman for D. Carroll Construction and has worked for 46 years in construction and as a heavy equipment operator. He believes he has the life experience needed to be the supervisor District 5 needs.

“I really want the job, because I feel I can do that job and do it good,” he said. “If anyone has a problem, they can call me and I’ll be there. If I couldn’t be, then I’d have no business running. But I can, and will be.”

A lifelong resident of Lafayette County, he has been married to wife Penny for 37 years. They have one daughter and one grandchild.

Fortner said many residents have told him what they want is a supervisor who will be there for them.

“I’ve had people tell me while I’m politicking that they don’t want to talk to a road manager or something, they want to talk to the person they cast their vote for,” he said.

Fortner said before making big speeches about what he feels is right for the county when it comes to planning for the growth of Lafayette County, he would get into office and learn about things like zoning before making a decision.

“I’m not necessarily against zoning in some areas, but if I’m elected, I will learn more about it and see if it’s right for us,” he said.

What Fortner is most passionate about is education and the safety of all county residents.

“I think our teachers need to be paid well because if you want good teachers you gotta pay them good,” he said. “I’m all for education because my mother and father didn’t have the opportunity.”

Fortner would also like to see the Lafayette County Sheriff’s Department and Volunteer Fire Department receive as much funding as they need to operate to the best of their ability.

“The county isn’t growing in size but it is in population and as population grows, so can crime,” he said. “I’d like to see the deputies have body cameras to help keep them safe. If an officer is put in jeopardy, you can go back and view the cameras and know who was in the wrong.”

“I think we need better roads, especially in the outer areas of the county,” he said. “I still live on a gravel road. It’s nothing I haven’t complained about before to the supervisors.”