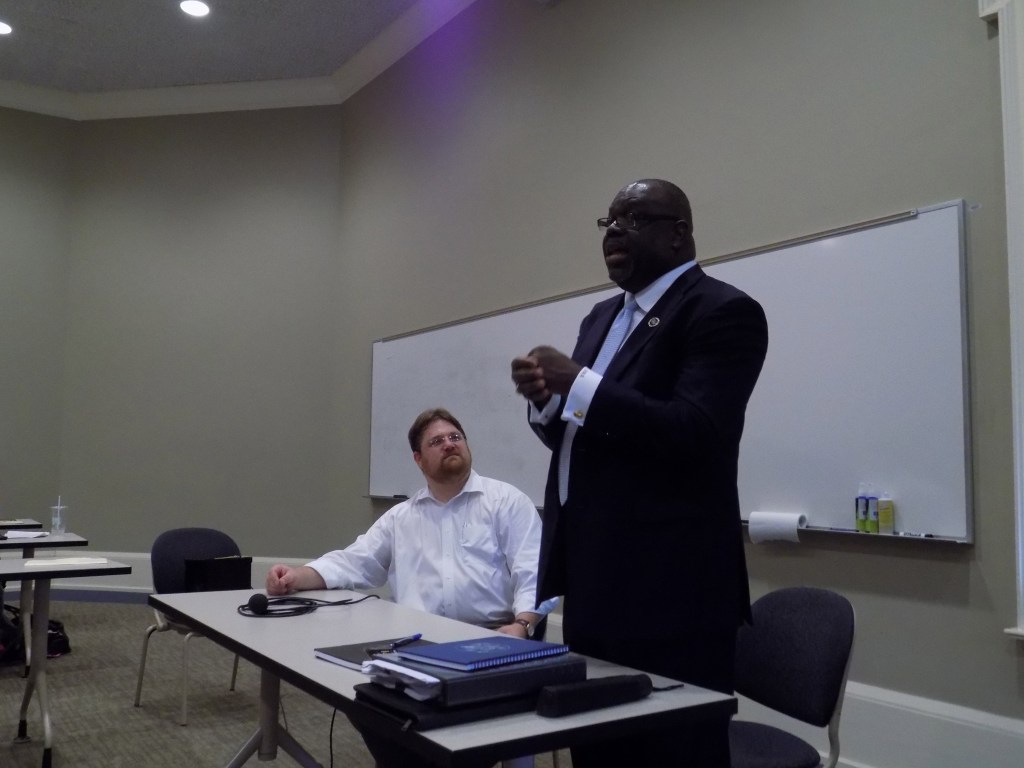 In the wake of racial discussions on campus, the University of Mississippi provided students with a speaker to talk about Mississippi history and racial violence in the state.

“Mississippi has struggled with its past, but it has also struggled to move forward,” Reeves said.

Reeves famously presided over the racially charged murder of James Craig Anderson and later sentenced his murderers to prison. NPR called his speech at the trial “breathtaking” and it garnered Reeves national media attention. During the forum, Reeves talked about the case and how it was important for people to realize what a hate crime is.

He said he believes there is a new Mississippi starting to form with a new generation. A couple decades ago, most of the racial progress that is present today would be unthinkable. He said to continue that progress, students have to continue to have open discussions and remain open-minded.

“The response to him was better than I could have hoped for. The students could relate to Judge Reeves, because he’s from Mississippi,” said Eric Thomas Weber, associate professor of public policy leadership.

“Students often feel that politics is uncooperative, primarily a battle between competing interests. Sometimes, however, we can find shining examples of virtuous people and leaders making the right decisions,” he said.

Weber routinely brings in visiting speakers relevant to the current news cycle. With the help of the Mississippi Humanities Council, Weber brought Reeves to visit his class and speak to a packed open forum.

Reeves first arrived in time for a lunch with public policy leadership majors and then he joined a philosophy of leadership class.

“Over the last few years, as I wrote ‘Uniting Mississippi,’ the racially charged murder of James Craig Anderson offered the most troubling recent example of injustice here that is rooted in underlying cultural divides and hatred,” Weber said.

After he wrote the book, Weber came across Judge Reeves’ speech from the sentencing in the case.

“It truly took my breath away,” Weber said. “I was so moved that I immediately decided to write Judge Reeves to tell him. I mentioned in my note that if he were ever willing to come to my philosophy of leadership course, we would love to have him come to the university.”

Within a matter of hours, Reeves replied that he would be honored.

Weber said Reeves is an example of hope for progress in Mississippi.

“He is also an inspiration for our students to look beyond partisanship to the character of our leaders,” Weber said. “I couldn’t ask for more from the visit of an invited guest.”

2 KKK members charged with having guns on Ole…