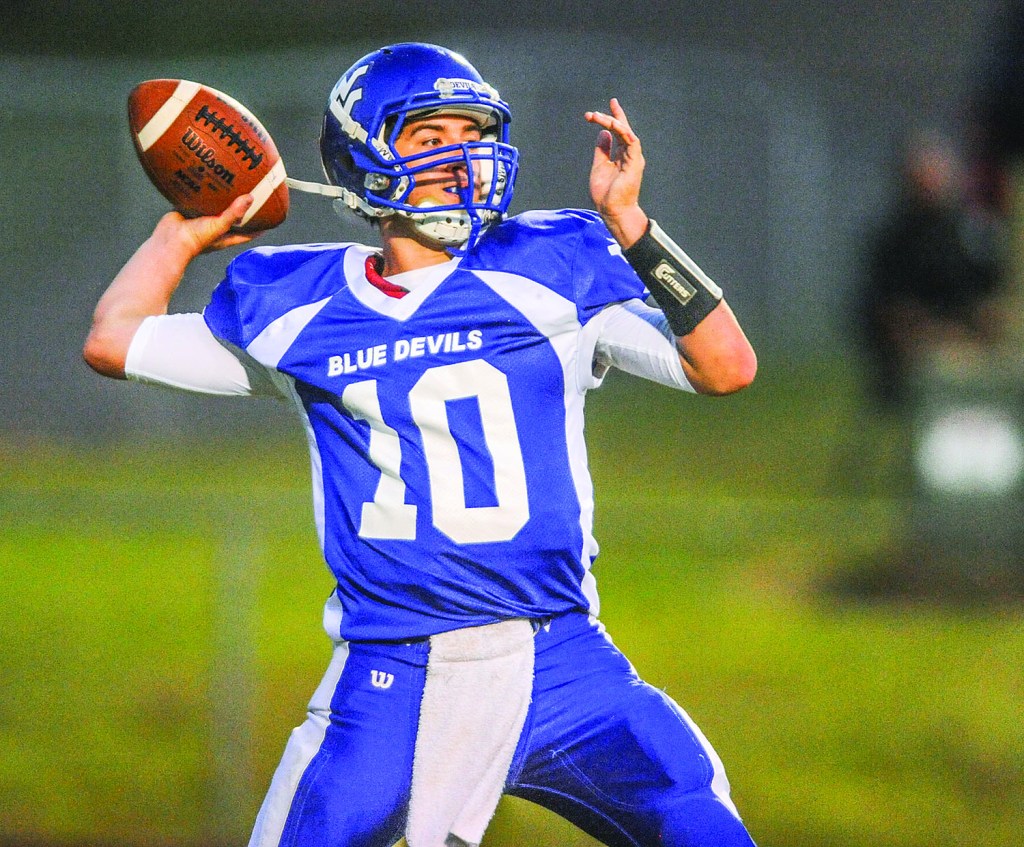 It has been a second-half resurgence for Water Valley. After starting the season 2-4, the Blue Devils have gone 3-1 and are on the brink of securing a first-round game in the MHSAA Class 3A playoffs at home next week.

To do that, they will have to get past a revitalized M.S. Palmer team that is fighting for the same thing.

It is a battle for the No. 2 seed in Region 2-3A Friday night as Water Valley (5-5, 3-1 Region 2-3A) travel to Marks to take on the Dragons (5-5, 2-2). The Blue Devils currently sit in second place in the region behind Charleston and can control their destiny with a win.

If they lose to Palmer and Independence defeats Charleston, it causes a three-way tie for second place. Water Valley would earn the No. 3 seed due to defeating Independence earlier in the season and Palmer would claim the No. 2 seed.

The playoffs are a week away, but for Water Valley coach Brad Embry and his team, they may as well start this week.

“It’s what we’ve talked about,” Embry said. “It might as well be a playoff game because it determines seeding and (being at) home or on the road, so we need to treat it like one.”

Palmer is having a banner campaign. After going winless last season, the Dragons have more wins this year than they do the past two combined (2-16). Head coach Damian Davis is in his first year at the helm, replacing Isaac Boone, who lasted only one season after he replaced Aaron Holden, who coached Palmer for five seasons.

“Their schemes are different than they were,” Embry said of Palmer’s turnaround. “I think (Davis) is putting his athletes in a position to make plays, and they’re athletic. I’ve seen some guys that I didn’t recognize being out there last year. So I think he’s done a good job of getting a few more kids out. They’re a good football team.”

After losing its region opener to Charleston, Water Valley has strung together three straight wins — its first streak of the season — and is feeling good about itself at the right time. Earning a win Friday would boost the Blue Devils’ confidence even more knowing they get to play at Bobby Clark Field at least one more time this season.

“Realistically, it’s been a good work week,” Embry said. “They understand that you don’t get the chance to make this one up if you let it slip through your hands. I guess you can call it playoffs, but in reality, we’re going to play another game. So kids are pretty smart, but I have been proud of how they’ve worked and how they’ve prepared.”

The offense has been clicking for Water Valley. Since the start of region play, the Blue Devils are averaging nearly 30 points a game. The Blue Devils averaged just 16.5 points per game during their non-region slate.

“We’re getting better,” Embry said. “We’re not where we want to be, but we are getting better. I’m happy about that. Hopefully if we get to play long enough to continue to improve and maybe reach our potential.”