KEEP IT GOING: Chargers look to stay perfect in region at Center Hill 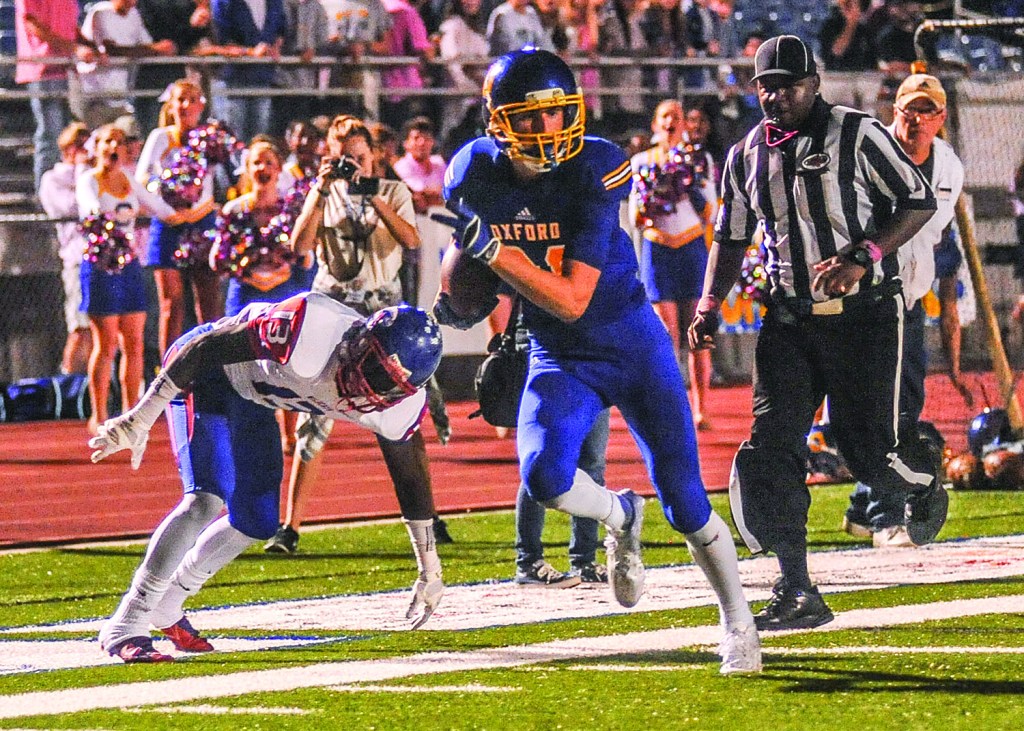 The Chargers may need a little help, but if Oxford takes care of its business this week and things go their way elsewhere, the Chargers could wrap up the Region 1-5A title a week before the regular season is over.

To do so, Oxford will have to leave Center Hill with a victory Friday night and hope Clarksdale can do it a favor by defeating Lake Cormorant.

The Chargers (7-2, 5-0 Region 1-5A) wrapped up a playoff berth with their win over Clarksdale last week but would like to keep their perfect record in region play intact for one more week against the Mustangs (5-4, 4-1).

“We still hold our own destiny, and that’s a good thing,” Oxford coach Johnny Hill said.

Nine games into the season with two more left, including Friday’s matchup, Hill feels his team is in a good place and trending in the right direction heading into the playoffs. One area he is still hoping to see improvement is from the defensive side of the ball.

Only one starter from last season is in the secondary, and with all that inexperience, it has caused the Chargers to struggle at times. Even though the Chargers have held region opponents to 16 points a game, there is more work to be done.

“We’re playing at pretty high level right now,” Hill said. “Mainly defensively, we are just not on the same page yet, but we’re getting there. We’re a lot better than we were at the beginning of the year. … Making everything fit and staying focused at the job at hand. We’ve simplified a lot of things. It’s not that out of whack, it just needs some fine-tuning and that’s what we’re doing.”

Offensively things could not be better for Oxford. After averaging only 25.5 points a game in their non-region schedule, the Chargers have doubled their production, putting 51 points per game on the board against region foes.

Dual threat
Oxford’s defense will have its work cut out for it as the Chargers face a talented Center Hill quarterback. Senior Danterius Ellington leads the Mustang offense and does nearly everything for his team.

He has thrown for more than 1,350 yards and eight touchdowns. On the ground, Ellington is just as much a threat, leading the Mustangs with 688 yards on 143 carries and 11 touchdowns.

“(Center Hill) is an explosive football team,” Hill said. “(Ellington) makes them explosive. He’s like trying to catch a greased pig back there. He’s just so fast, so fast, so elusive that we’ve got to do a really smart job of containing him. When he breaks containment, that’s when he’s really, really dangerous.”

Last season, Oxford was able to contain Ellington just enough to come away with a 48-21 victory. The Chargers held him to 283 yards and two touchdowns through the air while keeping him to just 77 yards and one touchdown on the ground.