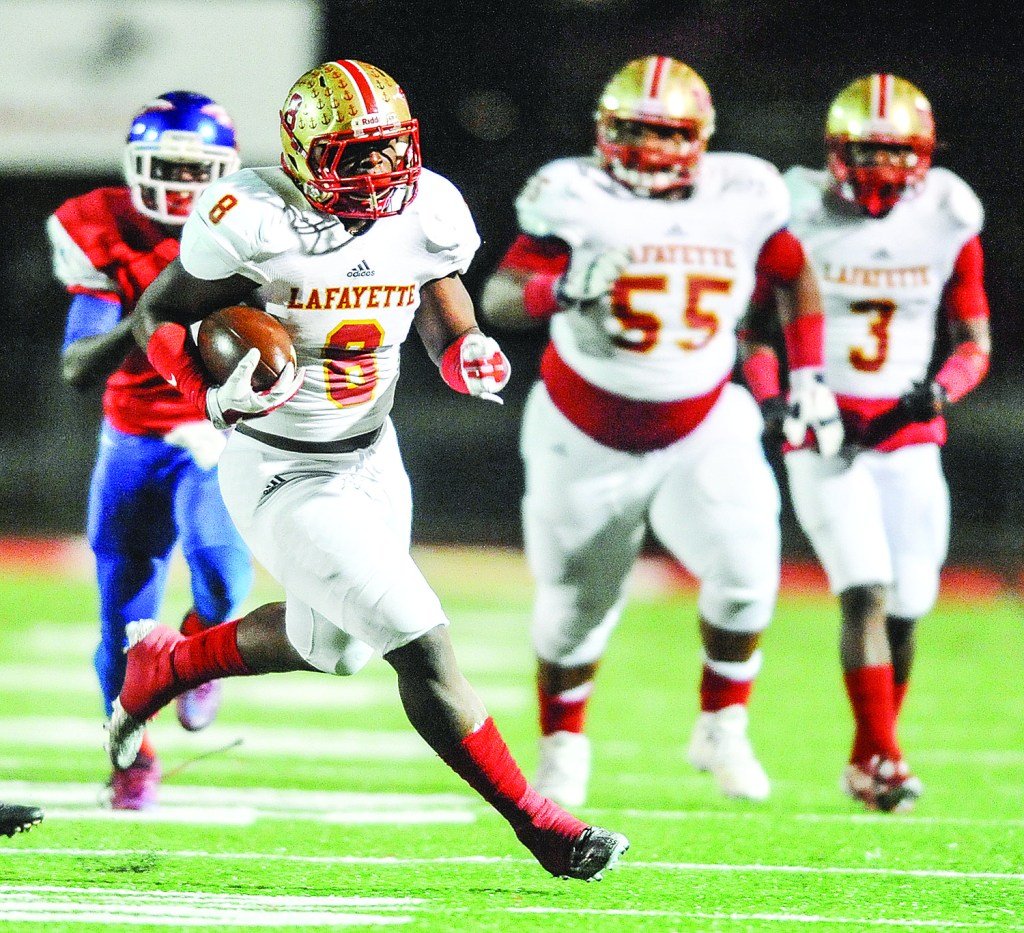 The Commodores of Lafayette High School celebrated their Senior Night with a 50-8 victory over the Byhalia Indians on Friday at William L. Buford Stadium. Lafayette improved to 9-2 on the season while clinching the second seed in Region 2-4A entering the MHSAA Class 4A playoffs. Byhalia fell to 2-8 following the loss.

Lafayette coach Eric Robertson was confident and pleased with his team’s win over Byhalia.

“We did what we wanted to do running and throwing the ball,” Robertson said. “We looked sharp out there.”

Robertson did not forget to show appreciation for his defense, which only let up 44 yards of offense.

“We were solid on defense, and I was impressed by our mental focus. It is something we worked hard on this week, and we did that well.”

The usual starters saw limited action during the contest as Robertson tried to make sure that all the senior Commodores were involved in the win. Lafayette was up 42-0 before halftime with quarterback Will Ard accounting for three scores.

The game slowed down in the second half with the Commodores only generating 64 of their 342 yards of total offense. Ross Ingram entered the game at quarterback in the second half and went 4 of 6 for 31 yards through the air along with a rushing touchdown. Where the game speed seemed to slow down, the running clock made the second half go by quickly.

Byhalia suffered multiple injuries throughout the game, and it made a direct impact on the outcome. The lack of depth on the Indians’ roster caused major offensive struggles. It was not until the start of the fourth quarter when the Indians finally squeaked into a positive yardage total. Lafayette was one step ahead of Byhalia the whole game, which the score showed.

The Commodores were able to get more players involved and build up the morale of the team before the first round of playoffs following the previous week’s loss at Senatobia, but it’s a season that is slowly coming to a close. Robertson will be losing an important crop of senior talent, and he hopes his influence will follow those players.

“Those players are more important to me than football,” Robertson said. “I want them to be better prepared for life because football is more than a game. We have great kids with great parents, and I hope their experience with Lafayette High School football makes them better people.”

But the season is not over.

Lafayette will prepare this week to face Indianola-Gentry, the No. 3 seed from Region 3, at William L. Buford Stadium on Friday as the Commodores begin postseason play.