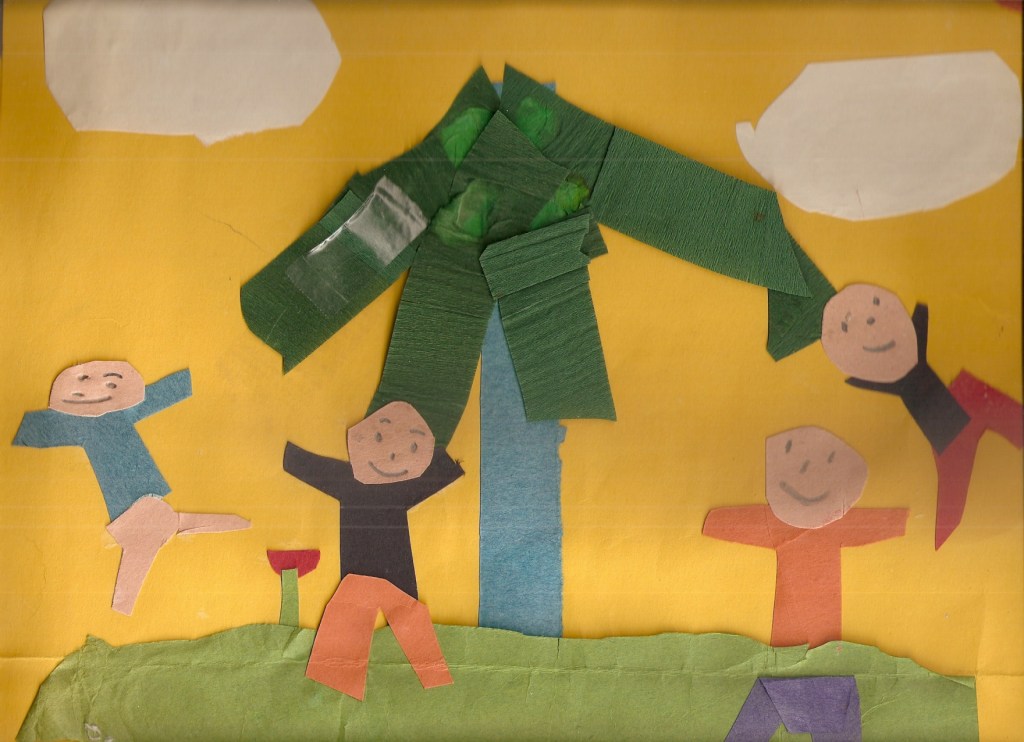 Austen Derrick The work of Camp Best, 63, can be found at Oxford Treehouse Gallery.

Camp Best explains his art by using his fingers as scissors, cutting through air as if it is clothing — clothing for the paper dolls he made as a kid in the 1950s.

The now-63-year-old visited his grandmother when he was “a very little boy, somewhere around 5, 6, 7 years old.”

It was their secret. His father wouldn’t stand for it.

“This was back in the ’50s, and it wasn’t cool for little boys to be interested in cutting out paper dolls,” Best said, “so my dad didn’t want that to happen. I think he made that known to my grandmother.” Nanny, as he called her, admired Best’s “little artist side.” She hid the paper dolls in a drawer in her living room. When she and Best were alone, they took the paper dolls out and played together.

“After Sunday dinner, she’d clear the dining table, and she’d put out a little place of paper and pencils and colors and crayons for each of us four children — and that was public. But nobody else knew about the paper dolls but me and my grandmother.”

Best describes his grandmother as “a country girl,” who grew up about eight miles south of Brandon in a small community north of Johns.

“There was a place along the road on an old state map that designated where my grandmother’s mailbox was, and it was called Brown’s Box, because my grandmother’s father – my great-grandfather, who I also knew – his name was Henry Brown.”

“They had chickens, and they had cats running everywhere, and there were wild turkeys running around, and there were pigs, and we would go out to the hen house and collect eggs,” he said. “It was just a remarkable experience.”

Best drew on Sundays. He traced his hand in red, filled it in, and colored the rest of the paper blue. He drew 1950s-style cars on beaches next to red sailboats, wind turbines on rolling hills with colorful trees, and flowers, and so on.

As time passed, Best continued to visit. He had his first son when he was in his 30s, in time for his grandmother to meet her great-grandson. Best still dreams about Brown’s Box.

Nowadays, Best calls his paper dolls “snippetry.” He took a break for over 50 years, living life and raising two children. His artwork can now be found at Oxford Treehouse Gallery.

“We have quite a few of his pieces,” she said. “His mixed-media, kind of collage-like pieces, are really appealing, and we’ve already had sales.”