‘ONE GAME AT A TIME’: Still in control of SEC fate, Rebels seek narrow focus down stretch 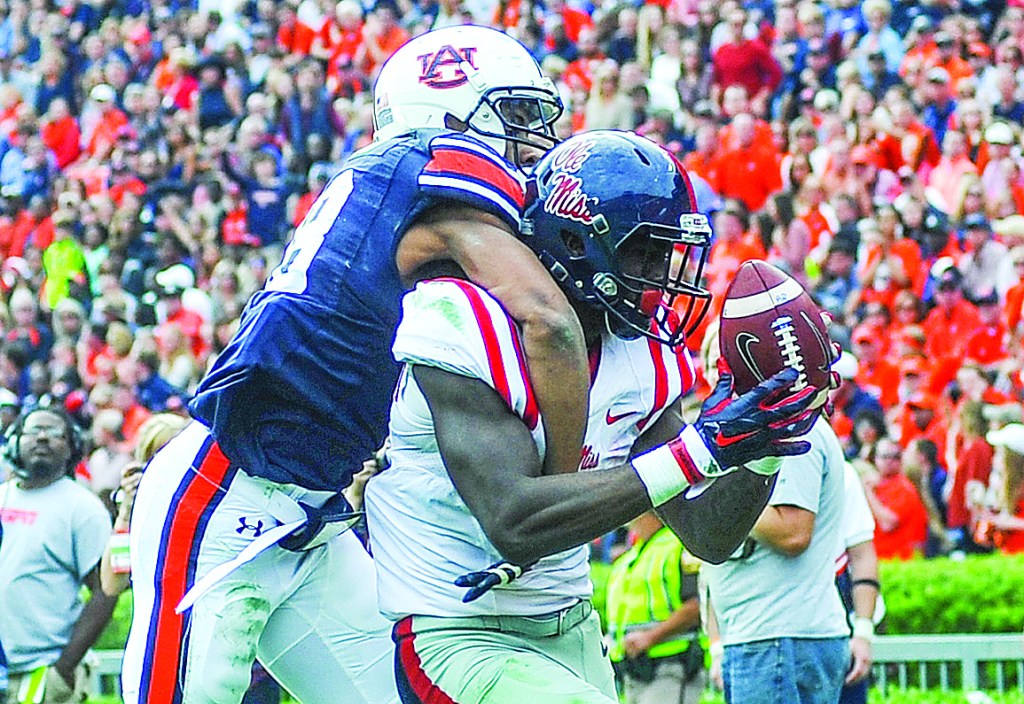 Though it looked preposterous after that two-touchdown loss to Memphis on Oct. 17, Ole Miss’ season still had a single truth: Win out and play for an Southeastern Conference championship.

That loss was the Rebels’ second in three weeks, but Ole Miss has rebounded with two straight wins since returning to league play. Saturday’s 27-19 win over Auburn kept No. 19 Ole Miss (7-2, 4-1 SEC) in control of its destiny in the SEC Western Division, setting up a crucial November where wins in its final three games would send the Rebels to Atlanta to play the East champion in the SEC Championship Game.

As much as coaches are trying to keep the Rebels focused on the short term — “The Arkansas Razorbacks at home at 2:30 next Saturday,” head coach Hugh Freeze said after Saturday’s game, referring to the next opponent on Ole Miss’ schedule — talk of the bigger picture for a program that’s never played in the title game since its creation in 1991 has been hard to escape for players.

But the Rebels also know all they’ll be playing for is pride against LSU and Mississippi State if they don’t take care of business against the Razorbacks on Saturday (2:30 p.m., CBS). There’s no point in looking ahead now.

“It’s a one-game season in our mindset, and we feel like if we play like we’ve been playing, things might turn our way,” safety Mike Hilton said. “We’re going to take it one game at a time and see where we end up.”

The Rebels have already been able to quickly move on from the loss to Memphis as well as an ugly loss at Florida that left Ole Miss looking like anything but an SEC contender. Ole Miss was outscored 75-34 in those games but has performed better on both sides of the ball to knock off Texas A&M and the Tigers in back-to-back weeks.

Offensive tackle Laremy Tunsil made his season debut against A&M and has helped the Rebels get their running game going (128 rushing yards per game), and the defense, with linebacker C.J. Johnson and defensive tackle Robert Nkemdiche back from injuries, has cleaned up its tackling to get off the field more consistently.

“I think our kids are doing a pretty good job blocking all the noise out and focusing on getting better,” Freeze said. “I’ve learned a lot about myself and our coaching staff and the people that surround your program. We don’t blink. You’ve just got to go on and play the next one.”

Said quarterback Chad Kelly, “Coach always says that each play has its own life, and you have to approach every practice and every play as if it’s its own life. That’s what we’re doing a good job of. We’re concentrating and executing.”

Hilton, a senior, said it’s up to he and the rest of the upperclassmen to make sure all the players are worried about this week and nothing more.

“It’s not (easy), but that’s where our leadership has got to come in and keep everybody focused and maintain on the goal that we’re all trying to reach,” Hilton said. “We just feel like the seniors, even some juniors, really just take that leadership and just make sure the team is focused and ready to grind.”