The Oxford Police Department arrested a local man Monday after reportedly chasing him for several miles. A call came into 911 last night from a woman who said a man had stolen $1,200 from her and she began to chase after him until police arrived. OPD officers picked up the chase and attempted to pull over the vehicle.

The driver, later identified as Morris Tallie, 30, of Lafayette County, allegedly failed to immediately pull over, leading officers on a chase from County Road 305, behind Waller Funeral Home to County Road 105 in the West Springhill area. Tallie eventually pulled over and was taken into custody without further incident. He was brought to the Lafayette County Detention Center where he was charged with grand theft and felony fleeing. He is awaiting his first-appearance bond hearing sometimes today. 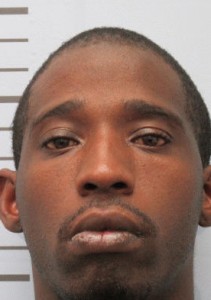 2 unauthorized use of vehicle

No activity to report.