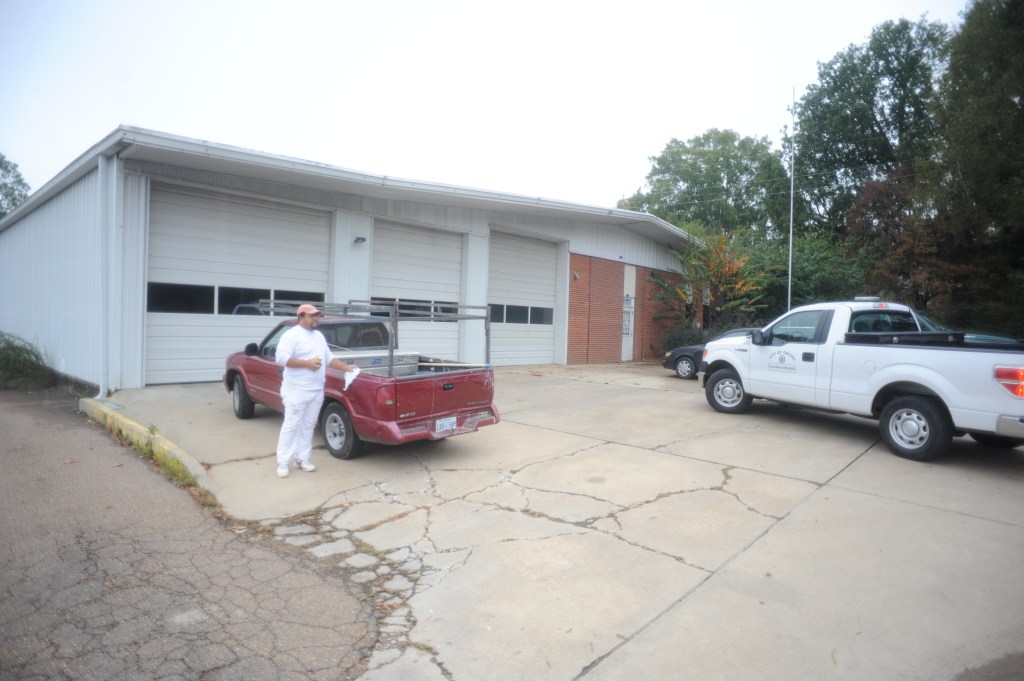 The Oxford Board of Aldermen agreed Thursday during a work session to keep the former fire station on North Lamar Boulevard a green space – for now.

While no actual vote was taken, the aldermen all nodded in agreement af- firming their earlier decision last year to make a green space or park out of property that sits at the corner of North Lamar and Price Street.

“I think it could be a doggone nice entryway into the city there,” said Mayor Pat Patterson.

After the Oxford Fire Department moved into its new Station No. 1 on McElroy Drive last year, the aldermen discussed uses for the property. The general consensus was that the building was in bad shape and would need costly renovations. However, with city departments being cramped for room, some discussion was had to use the building, after some renovations, for a city office of some kind.

Patterson said there might be an opportunity for the city to acquire 15 to 20 acres of land that could possibly be used as a municipal site but did not reveal where that property would be located.

“That could take some of the pressure off of us in a couple years,” he said in regard to needed office space.

Most of the suggested uses for the old fire station were ruled out due to a lack of parking and location.

“I think it could be a perfect pocket park and a nice place for a memorial for fallen firefighters and police officers,” he said. “That’s what we told the public last year and I believe we should stick with that.”

“I was told there’s mold growing on some walls,” he said. However, Robinson said if the

city can “make it work,” they are going to house Double Decker buses in the former fire truck bays.

Alderman Jason Bailey said he didn’t see any reason to put money into the building if it was going to be torn down eventually.

There is no money in this year’s budget to do anything with the property, either to demolish the old fire station or build a park in its place.

“We aren’t bulldozing tomorrow,” Patterson said. “Probably nothing will happen for at least six months if not longer.”

The aldermen went into executive session following the discussion on the former fire station property to discuss the acquisition and sale of property. Executive sessions are closed to the public.