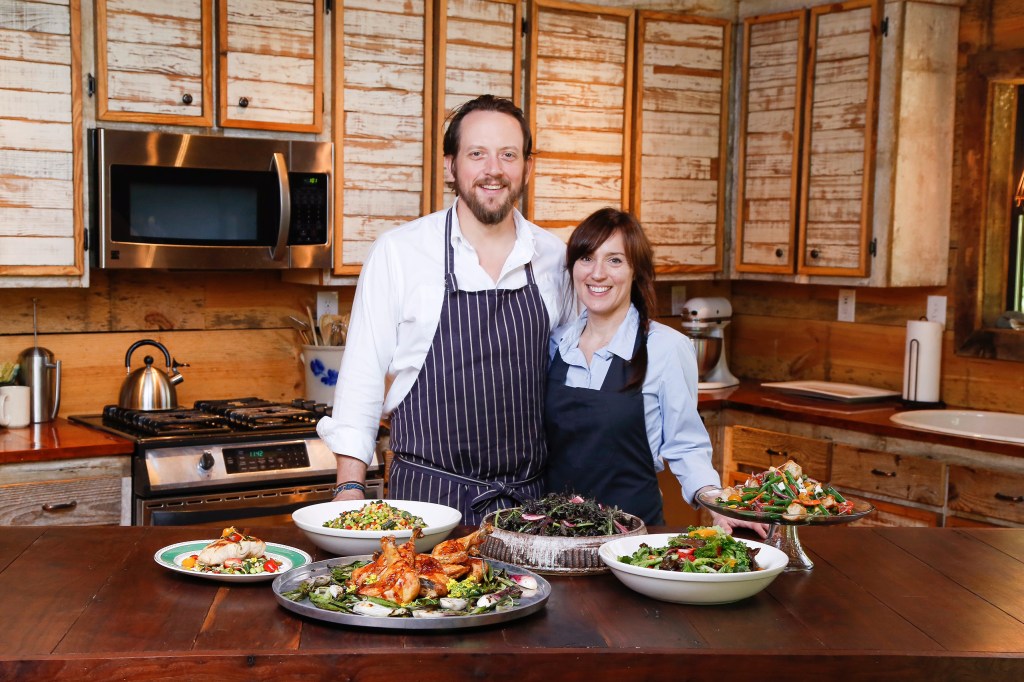 Settled in Oxford lies a booming business owned and operated by husband and wife team Nick Reppond and Angie Sicurezza.

Nick, a native of Memphis, Tennessee, and Angie, a native of Connecticut, met and fell in love years ago. Married last summer, they quickly knew a family business was their next step, so they set out to make their dreams a reality. Together, they bring more than 20 years of experience to the culinary world.

Equally passionate about food and entertaining, Nick and Angie knew that catering was their goal, and in just a few short months of opening the doors to A&N Catering, they are thriving. The husband-wife duo includes a multi-talented business, wherein the goals and passions surround succeeding as a business while providing quality foods.

Nick has worked in restaurants for more than 20 years and developed a passion for cooking early on. He started cooking at age 15 at a 24-hour diner in Memphis as a short order cook. From that moment, a passion was formed, and he has never looked back.

Throughout the years, he worked his way through several Memphis restaurants before moving to Oxford. While in Oxford, he worked for City Grocery, Snackbar, Big Bad Breakfast, The Main Event Catering and Lamar Lounge.  In June 2014, Nick was featured as talent at Atlanta Food & Wine as an up-and-coming chef at Rathbuns’ Watch List.  He also appeared in Anthony Bourdain’s “Parts Unknown.”

“I really like to cook,” he said. “I do all the cooking with a few hired cooks. I also like to write the menus, meet with the clients to find out what they do and do not want, and execute the events.”

Angie’s passion for catering began when she was 17 and it was solidified over the next 15 years while traveling the world.  She catered events for musicians and artists, mainly at large events, such as the Lilith Fair. After college, she moved to Cayman for work, and then lived in Vancouver, managing a restaurant and jazz club.  She booked music and events and managed restaurants. After leaving Vancouver, Angie moved to Santa Barbara and worked for a real estate developer. She also was able to work full time as an events coordinator at a catering company.

“I like to handle client correspondence, oversee events, hire the staff, and manage the financials and marketing,” she said about what she enjoyed both then and now as a business owner.

In 2009, she moved to Oxford to work as a personal assistant to John Currence. Over the next few years, she was involved with daily operations at each of the restaurants within the City Grocery Restaurant Group.

Both said they are grateful for the amazing people who helped form who they are today. They both cited Currence, and their time working for him, as some of the most notable and influential years of their lives.

The couple’s home and business is nestled in the midst of the great outdoors, where they spend their time cooking and planning. Each ingredient they use, even while cooking for a tailgating crew at an Ole Miss game, is handpicked and is the freshest option available.

“We prefer to cook with seasonal ingredients, such as farm-fresh vegetables,” Nick said.

Angie said using local sources for food is crucial for their business plan.

“We choose to source locally as much as possible,” she said. “Some of our favorites are Woodson Ridge Farms, Home Place Pastures, and The Peeples Farm, to name a few.”

Local options help them cook their favorite foods, both for catered events and for themselves.

“I like to cook comfort foods,” Nick said. “I enjoy finding good ingredients and going from there.”

Would their last meal be comfort food?

Nick chose his grandmother’s fried chicken, red beans and rice, turnip greens, and cornbread.  Angie chose her father’s gnocchi with Italian sausage and broccoli rabe, finished with her grandmother’s cannoli and a Pellegrino.