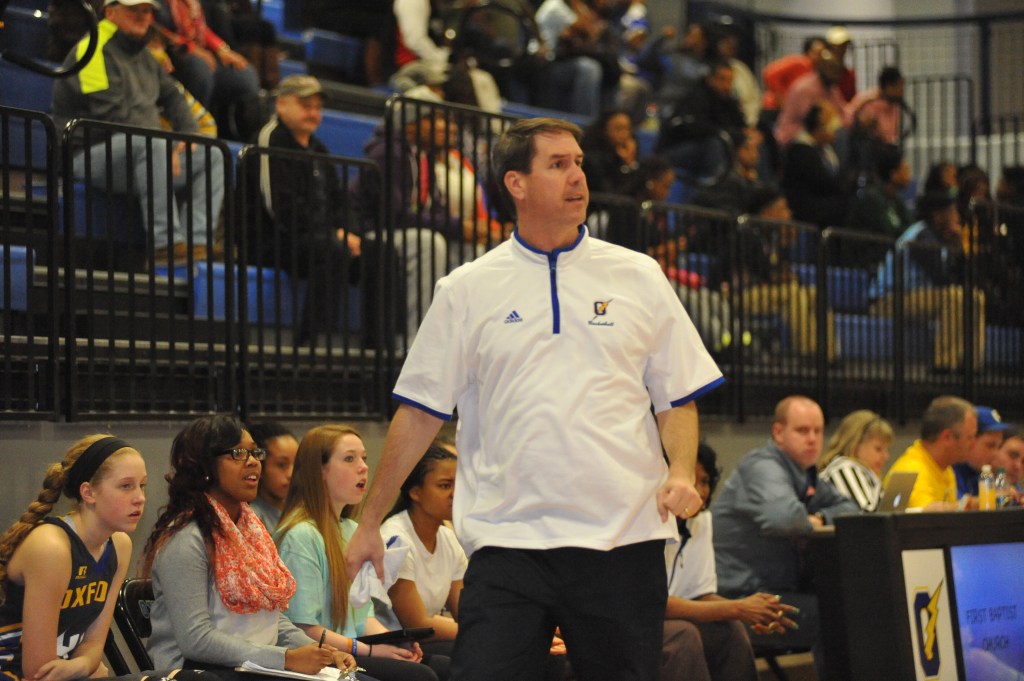 When former Oxford girls basketball coach Shayne Linzy moved across town to replace John Sherman as the new Lafayette girls coach back in the summer, it was a sense of starting over but not the same kind of feeling a coach would have taking over in an entirely new environment.

Linzy was familiar with the Lady Commodore team and felt like he already knew every player on his team.

“This is another challenge that I’m excited about,” Linzy said. “I’ve got an experienced group. So we’re not starting from scratch anywhere. We got the summer to learn about each other and playing some games and of course the first couple months of school. Everything is really going well.”

The transition may appear to going so smoothly because Linzy has played against this group of girls during his time at rival Oxford. The dynamic has gone from Linzy scouting Lafayette to now coaching the same players he was trying to beat. Those scouting reports aim to be beneficial for Linzy as he already knows what each player can do well and what they need to improve upon.

“Most of the girls, I knew their names already,” Linzy said. “I’ve been scouting them, and that’s been kind of neat in a sense. When I get here as a coach, I’m thinking, ‘OK, we were going to play so-and-so a certain way.’ So therefore that’s something I need to work with that person on. Because we felt it might not have been a bad thing but something that they weren’t as good at.”

Linzy is inheriting a team that finished third in Region 2-4A with 13 wins overall a season ago and made it to the second round of the playoffs before Pontotoc ended Lafayette’s season.

Lafayette is a young team but experienced at the same time. With three seniors on the roster led by captain Shelbi Buford, the Commodores will rely on the play of six talented juniors as well.

Fellow captain Shaniyah Buford along with Orianna Shaw and Chelsea Allen will be looked to by Linzy as the leaders.

“Shelbi, Shaniyah and Ori, we know what they’re capable of,” Linzy said. “I have told the girls over and over again that, yeah, you’ve got those girls who everybody is going to look and say, ‘Yeah, we’ve got to stop them from scoring.’ We did that last year (at Oxford) when we played Lafayette, and other girls stepped up. That’s what I’m telling these girls. People are going to stop so-and-so, and that’s your opportunity to prove to everybody else you need to stop me next time.”

Of those girls Linzy hopes takes that next step include ninth-grader Mariah Holland, who played as an eighth-grader last year, as well as newcomer and softball player Xhiir Burgess.

When it comes to play on the court, Linzy is optimistic in what he has seen in the preseason and summer. Some areas of concern include avoiding dry spells in the scoring column as well as even making certain players a little more selfish at times.

“Every girl I put out on the floor is capable of an outburst,” Linzy said. “The bad part is that I want them be more consistent with the scoring. I’ve got some girls who just go off one day and then the next day maybe not as much scoring. … There are no selfish players on this team. Almost to an extent where they are too unselfish. I expect a lot of balanced scoring.”

Familiar help
Linzy and Sherman are no strangers to one another. For three years, the pair coached together at Water Valley, where they became close friends and have remained that way even after Linzy left to take the Oxford job.

With the two reunited once again, as Sherman took over the boys’ coaching job, the familiarity hopes to pay dividends on the court.

“Even when coach Sherman and I were on opposite benches, I’ve always looked to him for advice and things of that nature,” Linzy said. “He knows the game of basketball as well as anybody in the state of Mississippi. I look to him for help any way I can.”

Lafayette kicks off its season Saturday when the Commodores play Starkville in the Hound Dog Classic at Tupelo High School.