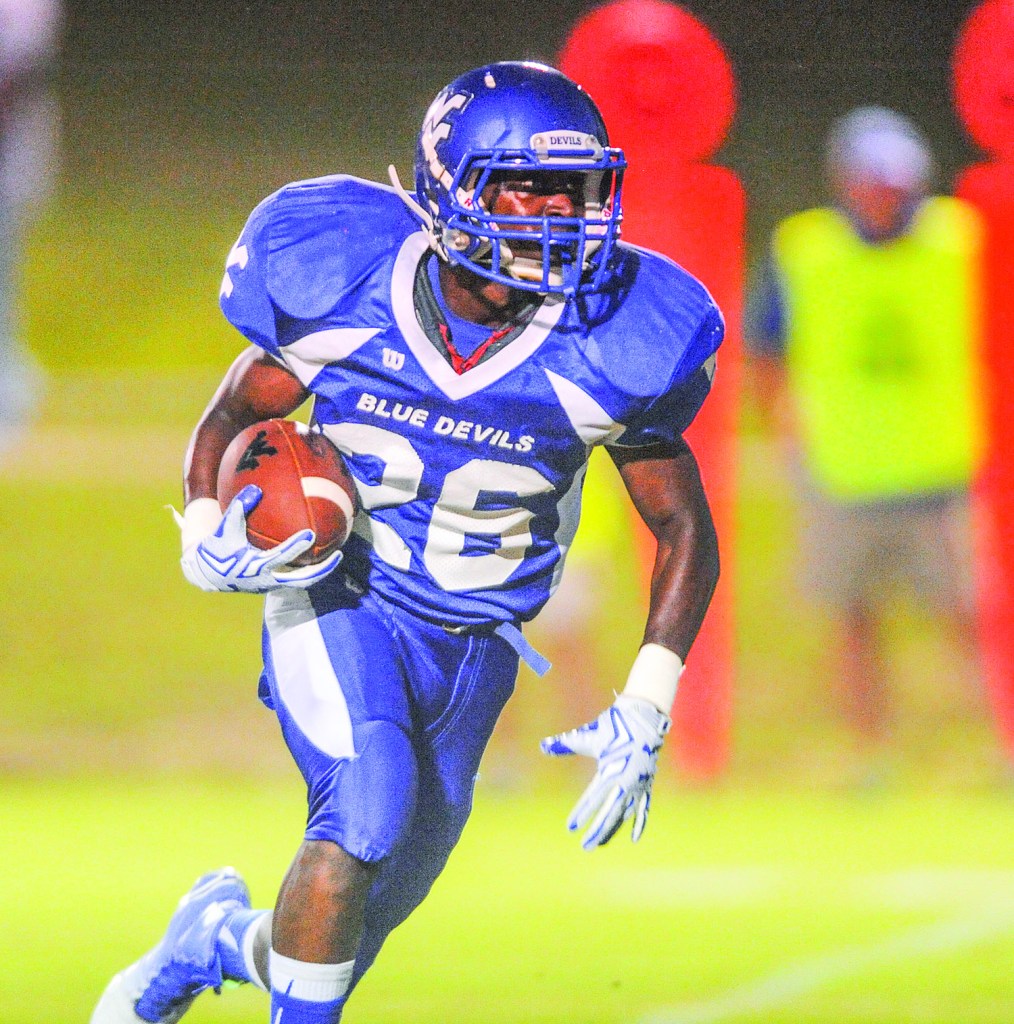 After a second-half surge, Water Valley earned itself a home playoff game.

Thanks to Mother Nature, the Blue Devils had one less day to wait.

With inclement weather forecasted to hit the state Friday, many schools moved up their regular season finales and first-round playoff games to tonight, which Water Valley did as well.

The Blue Devils (6-5) will host Velma Jackson (5-5) in the opening round of MHSAA Class 3A playoffs at Bobby Clark Field at 7 p.m.

The change in schedule did not change much in regards to Water Valley’s regular week of preparation. The Blue Devils’ heavy days are frontloaded with Thursday being a lighter day. Taking that away in replace of an actual game does not bother Blue Devils coach Brad Embry.

“This time of the year, it’s easier to do than if it was the first two weeks of the season,” Embry said. “It’s not that big of a deal. It will really help us because it looks like the weather could get bad Friday and maybe it will help us with the crowd. When you’re playing for everything you’re playing for now, your playoff lives, you hate for it to come down to a messy, sloppy field.”

They may not have a torn-up field to deal with tonight, but if the Blue Devils want to keep their season alive, they will have to contend with a Velma Jackson team that is dominant on the ground.

Running threats
Velma Jackson averages more than 300 yards rushing per game with James Smith III leading the charge. Smith has more than 1,500 yards on 145 carries and 15 touchdowns. He’s run for at least 100 yards in nine games.

“Coach (Cedrick) Wilder has done a good job. They have a good tradition,” Embry said of Velma Jackson. “They’re really effective running the ball. Big up front on both sides of the ball. Offensively they’ve got a quarterback and a couple running backs who are real threats. We’ll have to contain them for sure.”

Along with Smith, juniors Robert Smith and Mekhi Ross have rushed for 821 yards and eight touchdowns combined. Freshman Antavious Willis is the second biggest scoring threat in the Falcons’ rush attack with 10 touchdowns behind Smith.

While Velma Jackson is good at running the ball, the Falcons are also good at stopping the run with their big defensive front filling running lanes. That will be something Water Valley will have to overcome as the Blue Devils have gotten their ground attack going in the final weeks of the season.

Since their region-opening loss to Charleston, the Blue Devils have averaged 242 yards rushing per game with Julian Williams, Taghee James and quarterback Kirkland Horton responsible for most of those yards.

“Looks like they are going to load the box so you aren’t running the ball and will make you throw the ball,” Embry said. “We’ve been able to run the ball lately. So hopefully we can continue that. That’s kind of our mindset. We want to run then throw and be somewhat balanced. We always want to establish the run at Water Valley.”