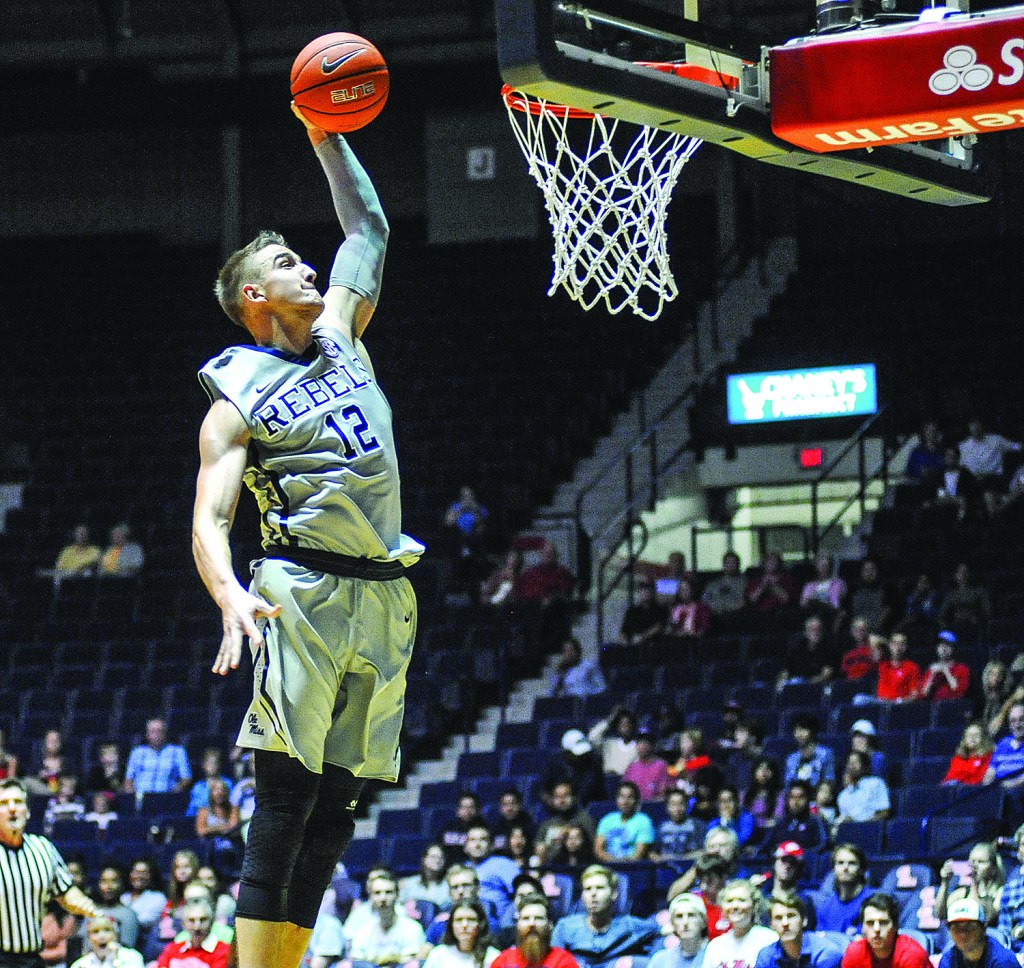 The Rebels jumped out to a quick 14-2 just four minutes into the game and never looked back, as they held a 51-33 halftime lead. Ole Miss shot 46.0 percent from the floor and 40.8 percent from beyond the arc.

“We have the SEC leading returning scorer on one wing in Moody,” said Ole Miss head coach Andy Kennedy. “We have a guy in (Sebastian Saiz) that missed some shots around the basket, but can be a double-double guy for us like he was tonight.”

Junior college transfer Sam Finley added 21 off the bench, including 10-of-12 from the line as Ole Miss made 36-of-44 from the charity stipe. Senior transfer Tomasz Gielo added 15 points and hit 3-of-4 from beyond the arc.

Ole Miss opens the 2015-16 campaign next Friday at Tad Smith Coliseum against Northwestern State at 6 p.m.