‘Lounging upon the green sward’ 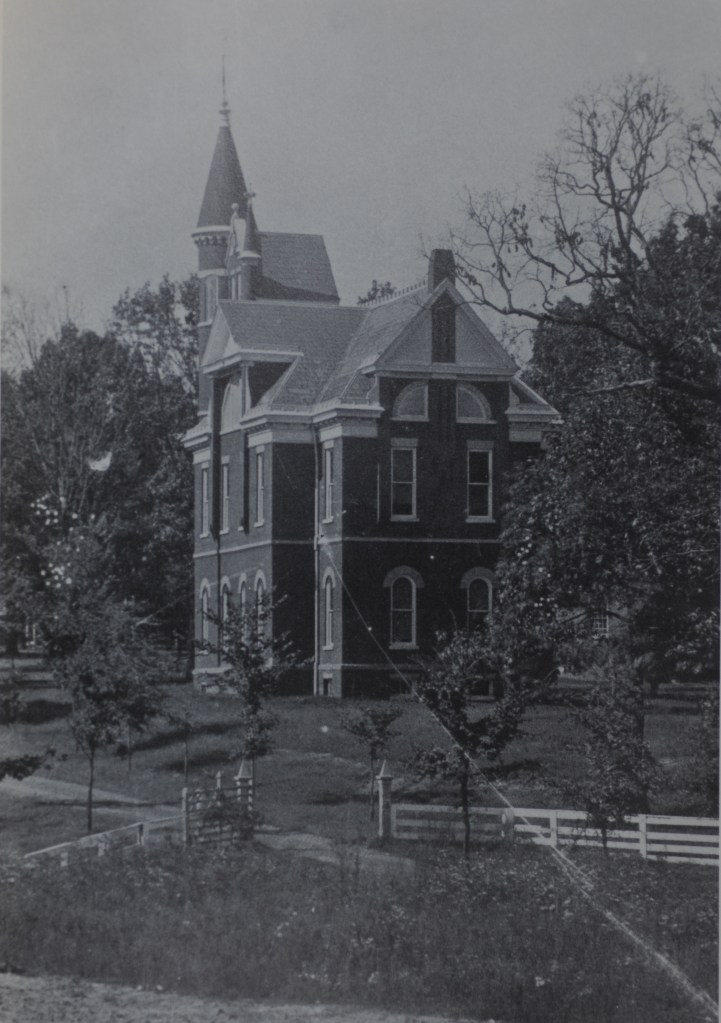 In the May 7, 1902 issue of the MISSISSIPPIAN, a student journalist wrote of the campus at the state university, “The campus is the prettiest place I ever saw. The magnificent oaks are beginning to cast an inviting shade on those spring days. Students could not resist the temptation of passing a ball, playing leap frog and lounging upon the green sward.”

The student was writing of our beloved Grove. If you have ever wondered why we have this iconic and world renowned area on the Ole Miss campus, we have the seventh chancellor of the University of Mississippi to thank for having the foresight to leave a little area of our “little postage stamp of native soil” for the use of generations to come. Chancellor Robert T. Fulton, who served from 1902-1906, was that university leader.

According to Dr. David Sansing, the author of a book on the history of the first 150 years of the university, “one of Chancellor Fulton’s legacies is the beauty of the university. He lavished great care on the campus and is responsible for creating the university’s most enduring and endearing landmark. When the library (now called Ventress Hall) was built in 1889, the inner circle of the campus was enclosed by a wooden fence.”

Sansing goes on to state, “After the completion of this new building, which was just outside the enclosure, Chancellor Fulton removed the wooden fence and extended the campus eastward to the railroad. He planted trees and ornamental shrubs in this area and privet hedge around the perimeter. To generations of Ole Miss students, this beautiful landscape would be known as the Grove.”

A Jackson newspaper reporter stated the campus had “the loveliest landscape in the state.”

In the student publication The Magazine, issued in October 1894, a student journalist wrote a very “extravagant” description of the Grove and the landscape of Ole Miss. He reported about a time, over 120 years ago, and the beauty of late October and the campus. He wrote, “Imagine yourself this beautiful October day, a visitor who is approaching, for the first time, the campus of the University of Mississippi…”

“You approach from the town of Oxford, and as you approach through University Street you see the heads of the giant oaks on the campus just in front. The spire and roof of the Library (now Ventress Hall) building is the only thing visible above the dense foliage that wraps up all the other buildings; and so regular and green do the tops of these ancient trees present themselves to your view that you might fancy yourself nearing an elevated lawn all covered with the greenest grass and shrubbery…”

“You cross the railroad bridge and find yourself beneath the spreading arms of these matchless trees and passing over grounds that exhibit some of nature’s best handiworks. Here and there, in artistic order, a dignified old building of venerable style reaches up into the lofty trees as if to dispute a question of height with sturdy hickories … There at the end of the main walk stands the grand old Lyceum with its Doric columns and classical outline. How serenely and grandly does it look down upon you and how suggestive its towering grandeur.”

Up until the early 1980s, you could park your car in the Grove and actually tailgate from your car. When we went to an away game, there was usually a place you could park and tailgate, even if you had to park on a side street in a residential neighborhood. We would have five or six games at home and the Grove really became torn up.

In the 1950s when I was say 8 to 10 years old, I always looked forward to the fall and home football games. Back then the new cars came into your hometowns to the local car dealership in late August and early September. The Grove was a parade of a 1956 Buick, or new ’56 Desoto, Oldsmobile, Pontiac and a representative of just about every American car company but no foreign car company except for VW.

You could spend all of gameday just looking and admiring the sea of new cars–with no tags yet–in the Grove.

We have only one more time to “grove it” for this football season and it happens to be with LSU. When I do my tours on Friday afternoon before home games, I always tell the riders when we reach the Grove that we love to have our opponent’s fans come by and have a drink or something to eat. The only ones we don’t like are the ones that wear purple and gold.

I then state, the LSU fans are the most obnoxious of any fan in the SEC and they smell like corndogs. I get a good laugh.

A few years ago when we played Texas A&M here, when I did my usual Double Decker tour, a couple were sitting in the back seat on the top near where I stand.

Jack mayfield is a historian and Oxford resident. Contact him at       jlmayfield@dixie-net.com.

9 Lives Cat Rescue needs your help as it…