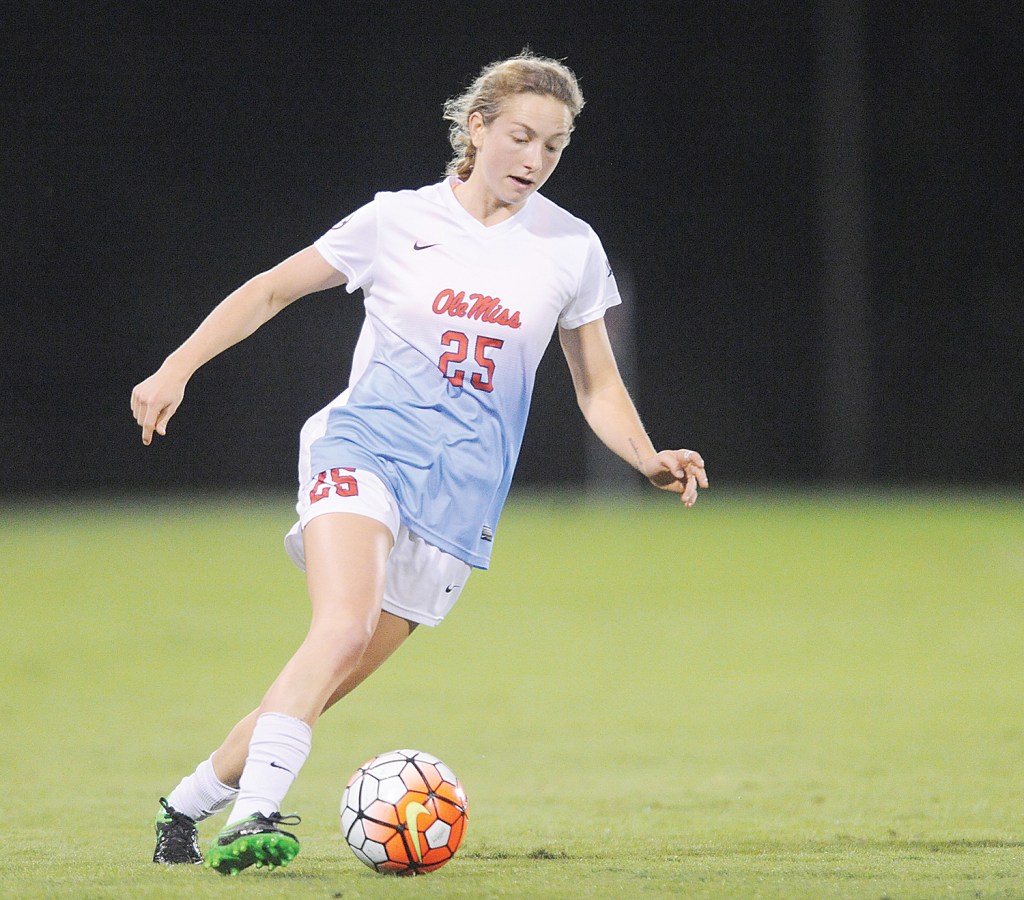 But the Rebels are glad they get to find out.

Ole Miss’ main objective all season was to get back to the NCAA Tournament after getting a taste of postseason play two seasons ago and missing out all together a year ago. Ole Miss did more than accomplish that.

The Rebels will host an NCAA Tournament match for the second time in three seasons when they play Murray State on Friday at 7:30 p.m. at the Ole Miss Soccer Complex. The field of 64 was announced Monday.

“It’s awesome,” Ole Miss goalkeeper Marnie Merritt said. “We set the expectations very high at the beginning of the season. Last year was very heartbreaking for all of us, and we’re just excited for the opportunity to be able to compete and to be able to maybe go to the semifinals.”

To do that, Ole Miss (13-5-2) would have to get through a bracket that includes national seeds Florida State, Clemson, North Carolina and Auburn as well as Washington and Texas A&M, which knocked the Rebels out of the Southeastern Conference Tournament in the last match they played.

But the Rebels first have to get past Murray State (16-4), which won the Ohio Valley Conference championship to automatically qualify for the NCAAs.

“I’m happy we’re in,” Ole Miss coach Matt Mott said. “Murray State, I know they won their league. I think they played Mississippi State and Tennessee already, so we’ll get some video on those guys. They’ve been scoring a ton of goals and they haven’t even lost a game in their league. It’s a big challenge I think for us.”

The Rebels will counter with the firepower of junior forward Addie Forbus (11 goals) and newcomer CeCe Kizer, who’s tallied a team-high 14 goals on her way to SEC Freshman of the Year honors. But Ole Miss enters the tournament in a drought, getting blanked in its last two matches against Vanderbilt and A&M.

Ole Miss last played in the NCAA Tournament in 2013 and advanced to the second round before falling to eventual national runner-up Florida State. Should the Rebels beat Murray State, they’ll meet either Clemson or Furman.

For a team that was ranked as high at 12th nationally this season, the plan is to hang around a while.

“If we play at our best, that’s the level we’re at,” Mott said. “We’re at that level at least with a chance that we’re better than that. We’ve got to come out, practice, get ourselves ready and play Ole Miss soccer. That’s got to be our goal, and if we do that, we’re going to be a dangerous team to knock out.”