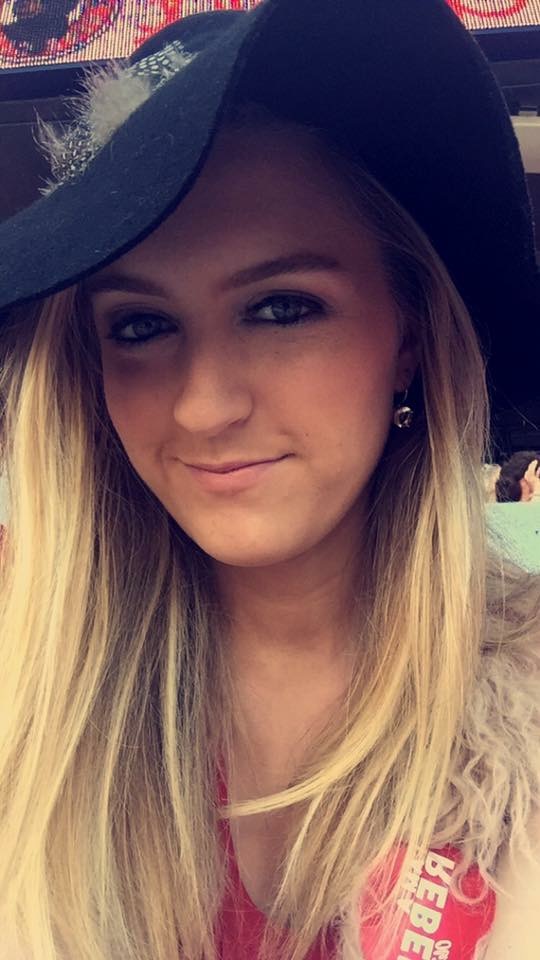 Elizabeth Long is a University of Mississippi student focused on anti-bullying efforts.

Elizabeth Long, 18, dedicates her time to speaking out against bullying and the harmful effects it can have on people’s lives, particularly regarding social media.

Through her nonprofit organization Life Worth Living, Long, a University of Mississippi student, now shares her story and hopes to gain awareness to end suicide and self-harm.

Though her story is quite personal, Long shares it to help others who may be struggling.

Bullied from a young age, Long never felt like she fit with those around her. She was picked on continuously for her looks and choice of friends, and by the time she reached seventh grade, she learned the torment would not end. After losing all of her friends to bullying, she began to resent herself.

Long started to feel optimistic about Woodward High School her freshman year in Atlanta. She had gained friends and began to do better in school. But during her sophomore year, things began to darken once more.

Long said after several bad relationships, she began to self-harm to cope with her depression and loneliness. After months of fighting depression, she told an outside counselor she had planned to take her own life, but instead chose to speak out about her issues.

When Long began to share about her suicide attempt, she hoped speaking out would help others struggling. Instead, she was relentlessly bullied, especially on social media.

After multiple people bullied Long on the app Yik Yak, which allows readers to post anonymously and without a filter about any subject, Long realized it was time to speak out.

She began petitioning the makers of the app to more closely regulate the content on Yik Yak or have the app removed from Apple and Google stores.

“I started petitioning after I received two really mean Yaks about me after my suicide attempt, saying how the attempt should have been successful,” said Long. “This was around March of 2014.”

After gaining tens of thousands of supportive signatures, the creators of the app, Tyler Droll and Brooks Buffington, sat down with Long to talk about bullying. After two years, Long said the company’s prevention measures have changed regarding local areas.

“Yik Yak is based in Atlanta, so the preventative measures are definitely stronger in Atlanta compared to Oxford or other college towns,” Long said. “In Atlanta, they have word recognition and don’t allow names, but that hasn’t occurred in most places, so I’m still working on that. Personally, I don’t think they (Yik Yak) have been doing a great job.”

Despite her dissatisfaction with Yik Yak’s efforts towards the anti-bullying measures, Long continues to hope for change in the future. Though some might say she has challenged herself more than most young women by taking on something this big, Long said the hard part was facing those who stood against her and her fight against bullying.

“The most challenging part would definitely be the criticism,” she said. “I mostly get positive feedback, but there’s always someone who thinks I’m too sensitive and thinks what I’m doing is wrong.”

Although some might criticize Long for speaking out against bullying and self-harm, her story has been a starting point for change to those around her. One of these changes was Long’s application to Ole Miss in the fall of 2014, where she continues to reach out to the community.

Recently, Long became a member of Alpha Delta Pi sorority on campus, where many of her fellow members feel strongly about the work she has done. Members like, Julia Swafford.

“Elizabeth really is one of the sweetest girls you will ever meet,” said Swafford. “She has done so much for so many people. I know she will make an amazing addition to this sorority, and we are so proud to have someone like her join us.”

Since her Yik Yak campaign, Long has helped start The Semi-Colon Project movement, which focuses on breaking the stereotypes surrounding mental health, self-harm and suicide. Long has also founded her own nonprofit organization.

“I started my own organization called Life Worth Living, which shares my own personal story, and I speak to high schools and colleges and share my story,” said Long.

On her website thisismylifeworthliving.com, viewers can read Long’s story, share daily lessons about life, read various articles regarding Elizabeth’s journey, and even donate to help her cause.

Since gaining recognition for her work with Yik Yak, her website has spread all over the world from England to Germany.

Along with Life Worth Living, Long is starting Rebels for Suicide Prevention on campus, an organization dedicated to informing the community about the prevention of suicide and how they can help.

“We will have fun events like walks and movie showings while raising awareness for suicide prevention,” explains Long. “I have a lot of interested people who are very excited to help me start it.”

Though Rebels for Suicide Prevention on campus is still in the beginning stages, Elizabeth Long will be spending her time talking about the upcoming organization and raising awareness about the issues faced on our campus every day.