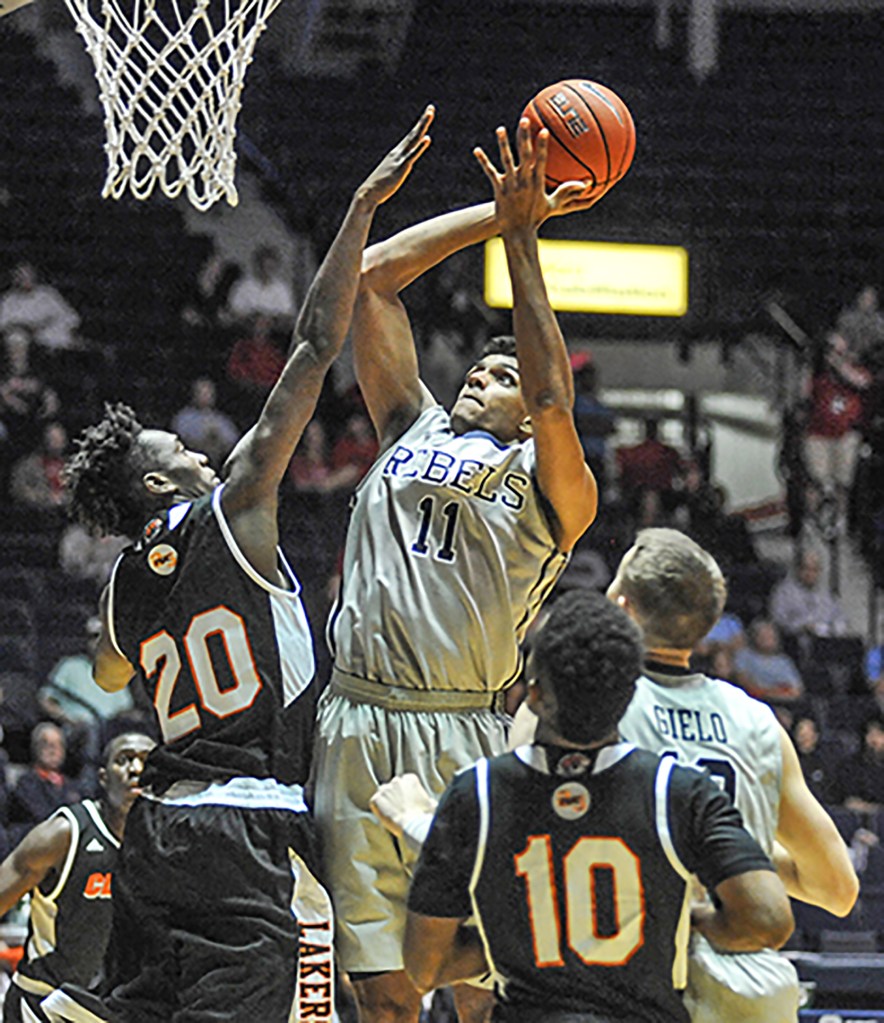 The Rebels will open the season at 4 p.m. against a mid-major opponent in Northwestern State, but unlike many of the lower-tier opponents teams play early in the season to ensure wins and pad stats, the Demons have proven to be capable of playing with the big boys.

Northwestern State was picked in the preseason by coaches in the Southland Conference to finish second in the league behind only Stephen F. Austin, an NCAA Tournament participant the last two seasons, in large part because of its offensive firepower. The Demons have the nation’s leading returning scorer in senior guard Zeek Woodley (22.2 points per game) to go with point guard Jalan West, who averaged 20 and 7.7 assists a game.

The duo helped the Demons lead the nation in scoring (84 points per game) and win 19 games last season. They put a scare into one of the Southeastern Conference’s five NCAA Tournament teams, dropping 92 points in an eight-point loss to Arkansas last December.

Ole Miss is no stranger to mid-major blows, falling to Dayton, Mercer and Western Kentucky in the last two seasons and being shocked at the buzzer in overtime by Charleston Southern in last year’s season opener.

Ole Miss coach Andy Kennedy and his team know the Demons are in the same type of league.

“It’s a dangerous first game,” Kennedy said. “I’ve tried to use a lot of counseling to get this out of my mind, but it reminds me a lot of Charleston Southern. They’re a team that’s predicted to be right at the top of their league.”

More defense needed
The Rebels will need to pick it up defensively to prevent a similar result against Northwestern State after giving up 87 points in their exhibition win over Clayton State last Thursday. Four Clayton State players finished in double figures as the Loch shot 52 percent from the floor and 50 percent from 3-point range (12 of 24).

Kennedy cited poor angles by his guards in their attempts to cut off dribble penetration and a lack of aggressiveness at times on the perimeter with his players being conscious of how closely games are now being officiated when it comes to hand-checking and general physicality, something that’s going to take some time in which to get acclimated.

“I feel like the guys we have on our team have to be more aware and realize that in this league, it’s about playing defense,” junior guard Martavious Newby said. “That’s going to make the offense better. We’ve just got to be ready to play defense.”

Said Kennedy, “It goes both ways. We’ve got to figure out, ‘OK, we’ve got to guard the ball.’”

The offense allowed the Rebels to keep their distance from Clayton State while working in a number of new faces. Stefan Moody (25) and Sebastian Saiz (15) combined for 40 points, but the Rebels also got 15 from graduate transfer Tomasz Gielo and 21 from junior college transfer Sam Finley, who’s going back and forth with freshman J.T. Escobar to replace Jarvis Summers at the point.

Ole Miss shot 46 percent from the field and got to the free-throw line 44 times, making 36 of them. The Rebels now have to find the defense to go with it.

“A lot of stats mean things as it relates to how your team is playing, but at the end of the day, I just want us to win the game,” Kennedy said. “I want us to be able to sit down and contain them and not allow them to run wild in the open floor.”