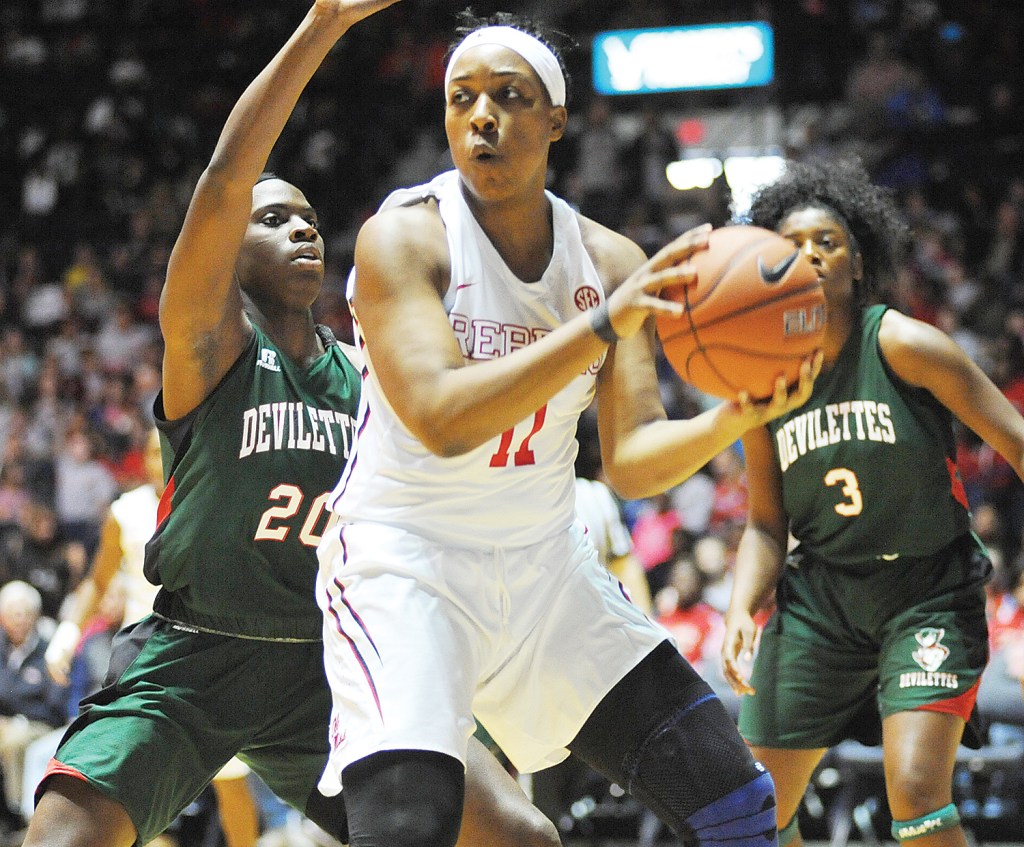 With an arena full of kids cheering them on, Ole Miss opened its season with a 97-61 win over Mississippi Valley State on Friday.

It was the annual Kids Day game where area school children came to watch the Rebels play. Friday’s game drew 7,407 fans and children, making it the largest crowd to attend an Ole Miss women’s game as well as the largest attended women’s basketball game in the state.

It is always a raucous affair, and Ole Miss coach Matt Insell’s team needed every bit of the energy in the arena.

After shooting just more than 40 percent against Christian Brothers during an exhibition win last week, the Rebels (1-0) continued to struggle, hitting 35 of 93 (37.6 percent) against the Devilettes (0-1).

Ole Miss jumped out to a 9-4 lead midway through the first quarter, but the Devilettes rallied, closing the opening period on a 11-2 run to take a 15-11 lead. The Rebels responded by outscoring MVSU 23-14 in the second quarter, taking a 34-29 lead into the half.

“Real sluggish early on,” Insell said. “Kind of expected that with having a young team. Nine freshmen and sophomores and having them learn how to play with each other. Trying to learn our identity defensively. Offensively we were real sluggish because we were rushing everything. That’s not what our offense is designed to do. Once we settled down, things got really good for us and we started executing, got the shots we wanted.”

Once Ole Miss obtained the lead, it managed to do just enough to keep the Devilettes at bay, pulling away late in the third quarter. Defense helped, causing 30 turnovers and scoring 34 points off them.

It was not the same kind of game like last year’s contest where Ole Miss won convincingly, 91-38. MVSU made the Rebels earn the victory every minute Friday.

“They just put their head down and went to the basket,” Insell said of MVSU’s play. “It wasn’t like they ran any offense that bothered us. They basically got the basketball and said, ‘Whoever has the basketball, I’m going to go one-on-one and go in there and if I make, I make and if I miss, I miss.’ That’s tough to guard from time to time, especially when they get you so spread out.”

After hitting only one 3-pointer against Christian Brothers, Insell was not worried and he had reason not to be as Ole Miss made 9 of 32 shots from behind the arc against MVSU. The ratio was not to Insell’s liking, but the progress had him pleased.

The Rebels return to action tonight when they host Louisiana-Lafayette at 7 p.m.