Remembering past LSU vs. UM games 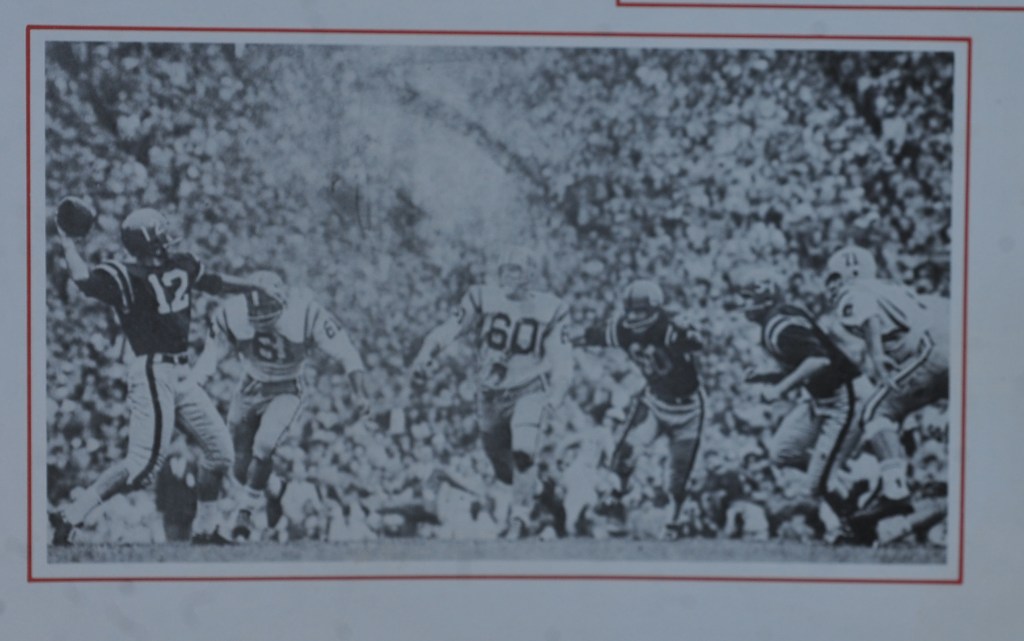 During the last few football seasons, I haven’t written much about past games with the team we happen to be playing that weekend during a home football game for the University of Mississippi Rebels.

I have always enjoyed doing research to find a game that had some humor to it. Such as Wild Bill Schneller in an Ole Miss vs. Arkansas game when running down the sideline past the Razorback bench, he thumbed his nose at the players. The nose thumbing caused a riot in the stands in the November 1938 game played at old Crump Stadium in Memphis.

This coming weekend will be our last home game of the 2015 season. We have drawn LSU this year to close out our home game schedule, and what better way than to remember another of the “greatest moments in Ole Miss football history.”

Fitzgerald wrote about 33 games that he considered “The Greatest Moments in Ole Miss Football History.” He started with the game in 1926 that ushered in the Egg Bowl with Mississippi State and ends with Coach Cutcliff’s victory over Texas Tech in the Independence Bowl. We won that game by a score of 35-18; some of the others are losses for the Rebels but were still considered great games.

I do not know how Fitzgerald arrived at his list of games that are considered for his list of great Ole Miss games — your guess is as good as mine, but all of these games each had a meaning to Ole Miss and the team we played. It may have knocked them out of the running for a post-season game, or caused them great pain because we won. In any event here are the six games Fitzgerald considered some of our best.

Ole Miss started playing LSU in 1894, just one year after the University of Mississippi formed a football team. When we played them on Sept. 24, 1938, our 20 to 7 victory was the first time we had beat LSU in 11 games. We had a winning season that year and the coaching of Head Coach Harry Mehre was a great part of that win. He was credited with turning around a team that had a “defeatist attitude.”

That 1938 game had LSU slated to win the SEC that year, but the play of Parker Hall caused a resounding defeat for LSU. “We went down there all down and out,” Coach Mehre was quoted as saying. “We hadn’t won a conference game the year before and we weren’t confident of winning many that year.”

The next game that Fitzgerald lists is the Nov. 1, 1947, game. If you will remember that is the first team that was coached by Johnny Vaught and Ole Miss won their first SEC Championship. Charlie Conerly scored three touchdowns in the game and we had a 9 and 2 season that championship year.

The third game listed is the Oct. 31, 1959, game that we lost 3 to 7. That was the game that Billy Cannon made an 89-yard run for the only touchdown in the game. That run by Cannon has entered the stats as one of the greatest runs in any football game. Former Chancellor Robert Khayat booted a three-pointer that gave Ole Miss the lead at 7:25 left in the first quarter. Ole Miss would hold the lead until the final five minutes of the game when Cannon made his spectacular run.

We would get our revenge against the Tigers in the Sugar Bowl on Jan. 1, 1960. This is the fourth LSU game listed by Fitzgerald. Ole Miss would come out on top 21 to 0 behind the play of Jake Gibbs, Cowboy Woodruff and Bobby Franklin. Gibbs threw one touchdown to Woodruff and Franklin would throw for another two to Larry Grantham and George Blair. Khayat would kick two of the extra points and Franklin would kick the other.

Ten years later it would be Archie Manning who would take the Tigers to task in Jackson. The score of that game was a Rebel victory at 26 to 23. Archie would run for three touchdowns in the game and passed for one more. Manning had a hot hand that afternoon and at one stretch he completed ten passes in a row. Jimbo Poole, a member of one of the Rebel’s greatest football families, caught five of those passes.

When we beat LSU on Nov. 1, 1986, the Tigers were ranked No. 12 in the nation, similar to their ranking this season. It was the Rebel’s first win in Death Valley since 1968. David Browndyke of LSU had a chance to win the game for LSU with only nine seconds left in the game.

The LSU freshman place kicker had already scored three-pointers from the 40, 31, 52 and 21 yard-lines, but his last attempt went wide left. Coach Billy Brewer shouted as he was carried off the field, “What a way to win.” He would also state later that this was his biggest win as a coach.

Ole Miss has a real chance to salvage the 2015 season with a win Saturday and a win the next week at State. We may not have a trip to a warm venue for a post-season game, but if we did win out and Alabama loses the Iron Bowl — look for a good post-season game.

Jack mayfield is a historian and Oxford resident. Contact him at jlmayfield@dixie-net.com.