A salute to the OPD mounted unit 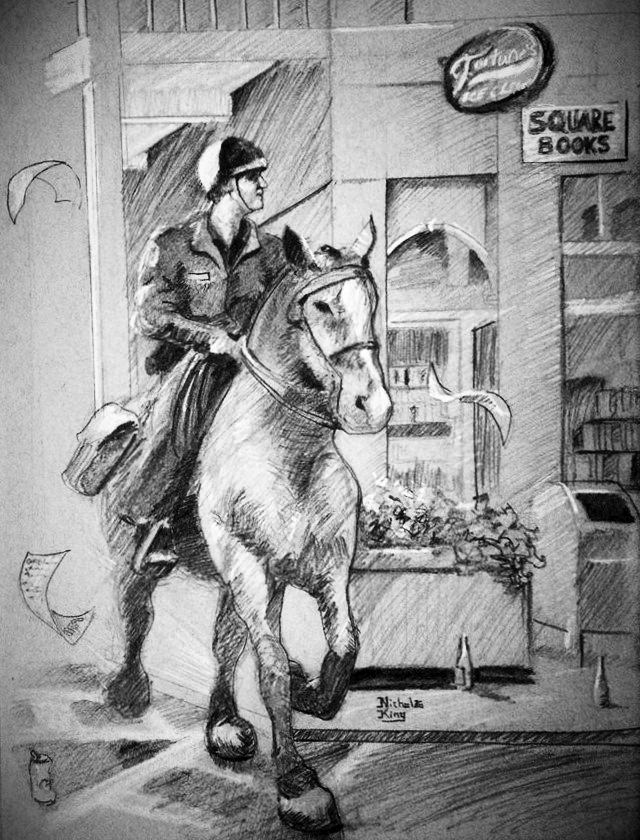 This weekend marks the final home game for the University of Mississippi’s football season.

It’s been a fun one, both in the stadium, at home on the couch cheering and throughout town.

It takes lot of coordination from the Oxford Police Department to get people in and out of town on game days, and there’s one unit in particular that has been a great asset for patrolling and controlling traffic: the mounted unit.

The team of eight horses patrols the Square and keeps order better than police on foot can in many cases.

One football weekend I was working at my desk, in the far back end of the Oxford EAGLE and Capt. Libby Lytle texted hi and that she saw me. Figuring she was at the game or Walmart and simply saw a Stephanie look-alike, I told her I was at my desk at work. To which, she said, “I know, I just saw you.” She was on patrol with the mounted unit.

I replied, “good thing I wasn’t picking my nose.”

The vantage point on top of the horses is amazing. It allows the officers to see very far ahead and see pretty much everything.

The horses get run into by oblivious partiers. Police said the horses have had beer bottles thrown at them. They walk through trash, urine and everything else on the street. I thank the horses and the officers for their service to keeping Oxford a safer place, and Oxford illustrator Nicholas King drew this tribute to them.

For the Texas A&M game recently, Memphis police came down to help with four horses and four officers. Memphis’ officers and horses were going to come again this weekend but there was an issue with the horses.

That’s a lot of horses to control some big crowds, and it’s great that the OPD has established relationships with nearby departments with mounted patrol units. Not only can they come help us and bring big-city experience here, but OPD can also go to them and learn more.

Thank you again to the mounted patrol.

Stephanie Rebman is editor of the Oxford EAGLE. Contact her at stephanie.rebman@oxfordeagle.com.