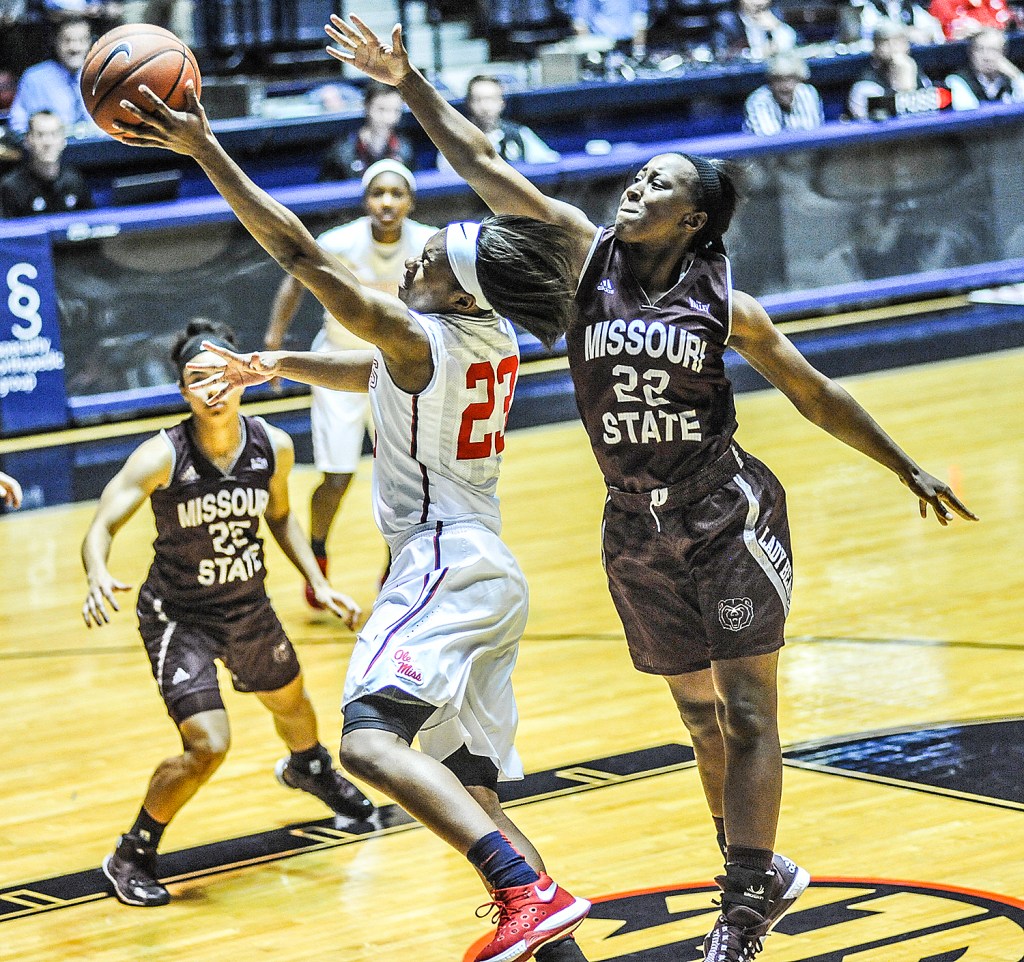 If the Ole Miss women’s basketball team wants to be the team it expected itself to be this season, the Rebels have a lot of work ahead of them.

It was another sluggish performance for the Rebels as they suffered their second straight loss Thursday night, dropping their contest with Missouri State 91-78 at C.M. “Tad” Smith Coliseum.

Ole Miss coach Matt Insell thought of everything he could do to get his team’s energy up, including nearly paying homage to one of college basketball’s most famous coaches.

“I felt like doing a Bobby Knight tonight and just launching a chair across the court,” Insell said. “Just try to get some kind of spark or toughness. There comes a time where you have to look yourself in the mirror and say I’m in a one-on-one situation with six seconds on the shot clock. I’m in a one-on-one situation and I’m standing beside my man and I’ve got to dive on the ball and get it before she gets it. Toughness has to come within.”

After coming out slow against Louisiana-Lafayette on Sunday, Insell wanted his team to have a 180-degree turnaround against the Bears. That did not happen.

Missouri State used a blistering pace to get up 17-10 in the first five minutes of the game and was able to control things from there.

Ole Miss (1-2) never led, and the closest the Rebels got was three points midway through the second quarter before the Bears (2-1) hit back-to-back 3-pointers to stretch it back out. Missouri State’s largest lead was 23 points when the Bears were up 75-52 midway through the third quarter.

Foul trouble plagued Ole Miss from the start. Freshmen Alissa Alston and Cecilia Muhate Pena earned their first career starts. It was short-lived for Pena, who quickly picked up two fouls in the first minute. She sat for the remainder of the first half.

The Rebels were called for 18 fouls and Missouri State made them pay, hitting 18 of 22 (81.8 percent) from the free-throw line.

The free-throw line was not the only area of the court Missouri State made things look easy as the Bears were able to penetrate to the basket at will and were also deadly from long range.

The duo of Missouri State guards Kenzie Williams and Liza Fruendt combined for 47 points with 24 of them coming from behind the arc.

“We didn’t guard,” Insell said. “We let them pass from point A to point B. We let them move the ball wherever they wanted to move the ball to. … They played HORSE behind the (3-point line) in the second half.”

On the other side of things, Ole Miss could not get anything to go in most of the night, but it was not for a lack of opportunities. Close-range shots and layups were a problem for the Rebels, who pulled down 26 offensive rebounds but only could score 17 second-chance points.

“We shot the ball 92 times. That is a staggering number,” Insell said. “That is an amazing number to lose with.”