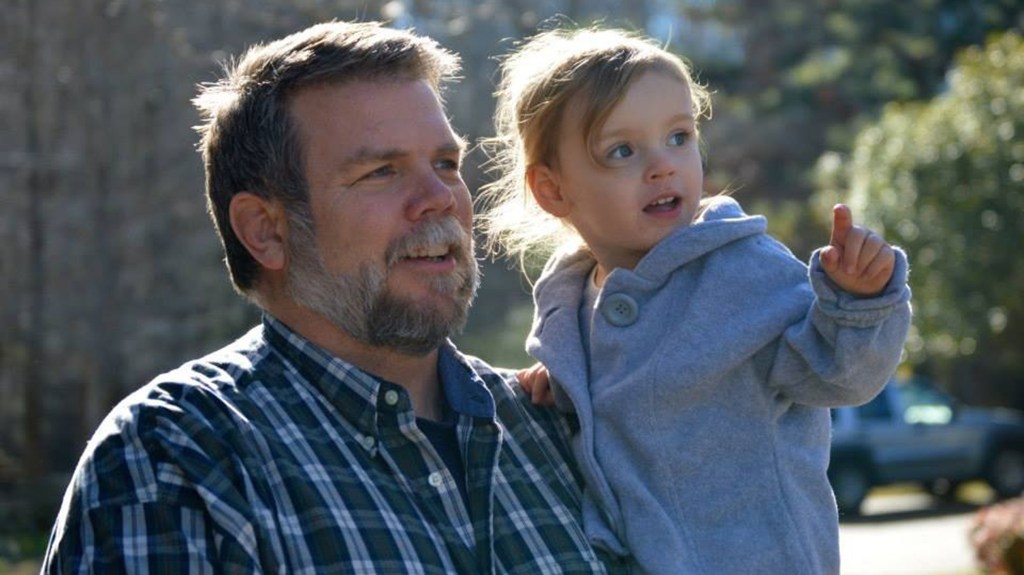 Jack McClurg will be running in this year’s St. Jude half-marathon in memory of his granddaughter, Lylah.

The two worst days of Jack McClurg’s life came within just 17 months of each other.

“In between those 17 months are some of the most precious memories we’ll ever have,” said McClurg, an associate professor of practice at the Center for Manufacturing Excellence at the University of Mississippi.

And those memories have inspired him to give back to the place that did so much for his family during that time: St. Jude’s Children’s Research Hospital in Memphis, Tennessee.

The first of those terrible days was April 11, 2014, when McClurg’s 2-year-old granddaughter, Lylah, was taken to LeBonheur Children’s Hospital in Memphis because something was wrong. That was the first day the word “cancer” was used.

Three days later, after being transferred to St. Jude, Lylah was diagnosed with Stage 4 neuroblastoma. By November of last year, Lylah had completed six rounds of chemotherapy, two major surgeries and a partial stem cell transplant procedure at the hospital.

It was during that time of tough treatment that McClurg, also an Ole Miss alumnus, decided to train for the St. Jude Memphis Half Marathon last December to help raise funds for families undergoing treatment at St. Jude — including his granddaughter and her family — and to support cancer research.

At the race last year, he wore a T-shirt that said, “Run like your life depends on it. My granddaughter’s does.”

This year, McClurg is again training for the half marathon. But this time, it’s in memory of Lylah. His son Joshua, a junior at Oxford High School, will be racing with him.

“I feel like Lylah touched a lot of people and she did so just by smiling,” she said. “I don’t even think she had any idea how much strength she had. She had no idea, but it was amazing.”

Her smile is something McClurg will never forget.

“She had a dimple on one side whenever she smiled,” he said. “I’m going to miss that until the day I die.”

The family spent 16 of those 17 months at St. Jude. After witnessing all the efforts of the hospital and staff attending to the everyday needs of Lylah and her family, McClurg was inspired to participate in fundraising efforts.

All donations raised by the race participants go to the hospital for research and support for families during their ongoing treatments.

“St. Jude covers everything that insurance doesn’t cover,” he said. “They make it such that the family of the child really has nothing to worry about except getting their child better.

They provide world-class medical care, housing for short-term and long-term patients, food while the family is displaced, and so many other services.”

McClurg said the strength he saw in the children receiving such difficult medical treatments was inspiring, as they were smiling through it all.

“Lylah was pretty young when she was diagnosed and she just never really had the opportunity to go out and play like a normal child,” he said. “I remind myself when I’m out there that there are kids at St. Jude right now that would love to be able to do what I’m doing.”

He said the support that his family received during that difficult time was overwhelming.

On continuing his support of St. Jude, he said, “It means so much to us because I don’t want Lylah to be forgotten. She had a very short life, but she’s still here. She’s still contributing to a cure for this horrible disease.

“Lylah will be in my heart forever.”