FILLING IN THE GAP: Gates steps in for Nkemdiche with career day 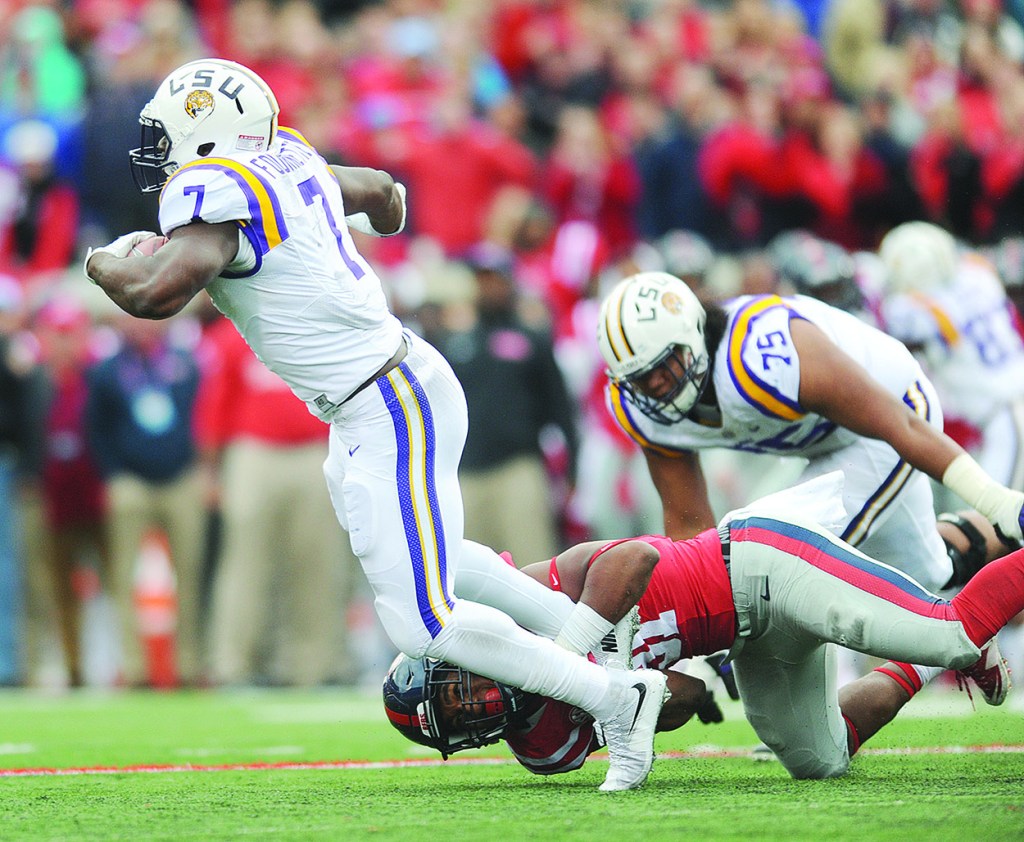 Last week, DeMarquis Gates did not know he would be earning his second start of his career, lining up across from LSU and touted running back Leonard Fournette.

But that is exactly what happened.

Gates was told he would be starting at the Stinger linebacker position at the same time he heard the news of Denzel Nkemdiche, who is still in a local hospital recovering from what is being listed as nonlife-threatening condition.

With Gates the backup behind Nkemdiche, it did not take him long to figure out what his Saturday night plans would be.

“Step up, time to play,” Gates told himself when he heard the news of Nkemdiche. “Show everybody what I can do. Show them how I can help this team. Be top-tier. (Nkemdiche) is all right. I talked to him (Friday). I was just playing my role. Stepping up when I needed to.”

Both of the sophomore’s starts have come this year and within the past three games. His first career start came at Auburn on Oct. 31.

Starting against LSU — and against the nation’s leading rusher in Leonard Fournette — was a much bigger task than it was against Auburn, and Gates made the most of his opportunity.

A career-high 14 tackles by the Hampton, Georgia, native paced a Rebel defense that had a rebound of sorts after its disastrous play against Arkansas two weeks ago. Heading into Saturday’s game, Gates had 48 total tackles, good enough for third-best on the team behind Nkemdiche (53) and Trae Elston (52). After the LSU game Gates is now the team’s leading tackler with 62, which is three more tackles than Elston’s 59.

“We believe in DeMarquis,” Ole Miss coach Hugh Freeze said. “I think he’s just been kind of been waiting to play more snaps. He had a really solid game. He’s going to be a good player.”

Gates, who had one pass breakup and hurried LSU quarterback Brandon Harris once, was the only player to record double-digit tackles as the next closest was Mike Hilton, who celebrated Senior Day with nine tackles.

Saturday was a coming-out party of sorts for Gates, who has played in every game of his two-year career at Ole Miss. He was expected to make a big splash on defense upon his arrival in Oxford, but his true potential may not have been seen until he took the field against LSU.

“I think he’s just continued to get better and better as the season’s gone on,” defensive coordinator Dave Wommack said of Gates. “A little immature at times, but I’ve got to remind myself that he’s just a sophomore. Physically, he continues to play the game more physical, and I’m excited about his future.”