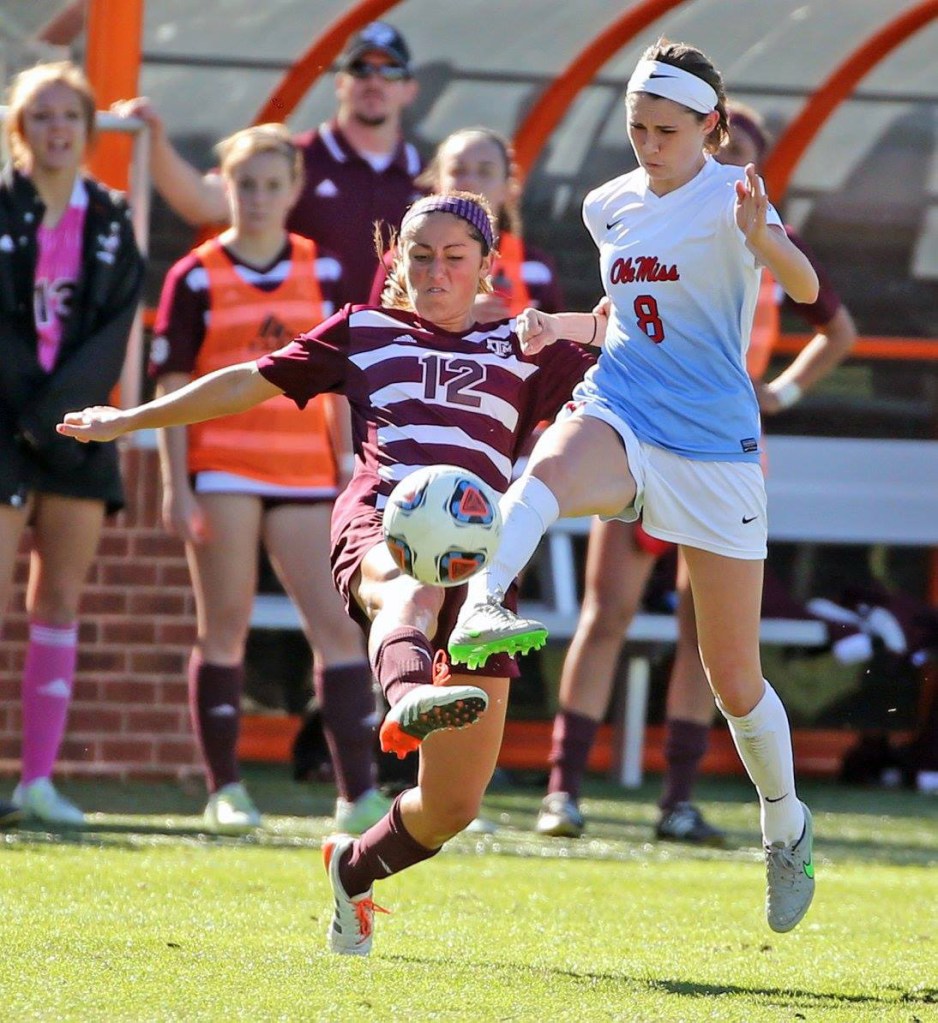 CLEMSON, S.C. — The No. 24 Ole Miss soccer team’s historic and incredible run in the NCAA Championship came to a heartbreaking end Sunday at Riggs Field, as No. 21 Texas A&M advanced on to the Elite Eight after a 5-4 penalty kick shootout.

Not even 48 hours after advancing on a 5-4 penalty kick result against host No. 7 Clemson Friday night, the Rebels came back out Sunday with an unbelievable energy and passion that came up just short.

The two sides, who had previously split their two meetings earlier this season, traded possession the entire match, both squads creating multiple chances that led to the 1-1 score.

The Rebel offense struck again early, this time from sophomore Liza Harbin. It was Jennifer Miller who weaved her way through a pair of Texas A&M defenders, before sending the cross over to Harbin. The Franklin, Tenn. native took the cross and softly headed it in, putting the Rebels up 1-0.

From there, defense was the name of the game for the following 15 minutes as redshirt freshman keeper Marnie Merritt made two huge saves from the Aggies at the 24 and 29-minute marks.

Soon after, Texas A&M pushed through the equalizer, which capped the scoring for the match. Merritt’s efforts paid off again in the 58th minute when she made a goal-saving stop diving to her left, before the Rebel defense cleared out another Aggie threat just five minutes later.

Both sides continued to fight, as Ole Miss’s best and final look of the day came at the 87th minute when junior Georgia Russell got some space but sent a shot just high of the net.

The Rebels finished with six shots with two on goal, while the Aggies posted 17 shots, seven of which were on target. Merritt finished the contest with six saves.