Pavilion ‘on track’ for January opening 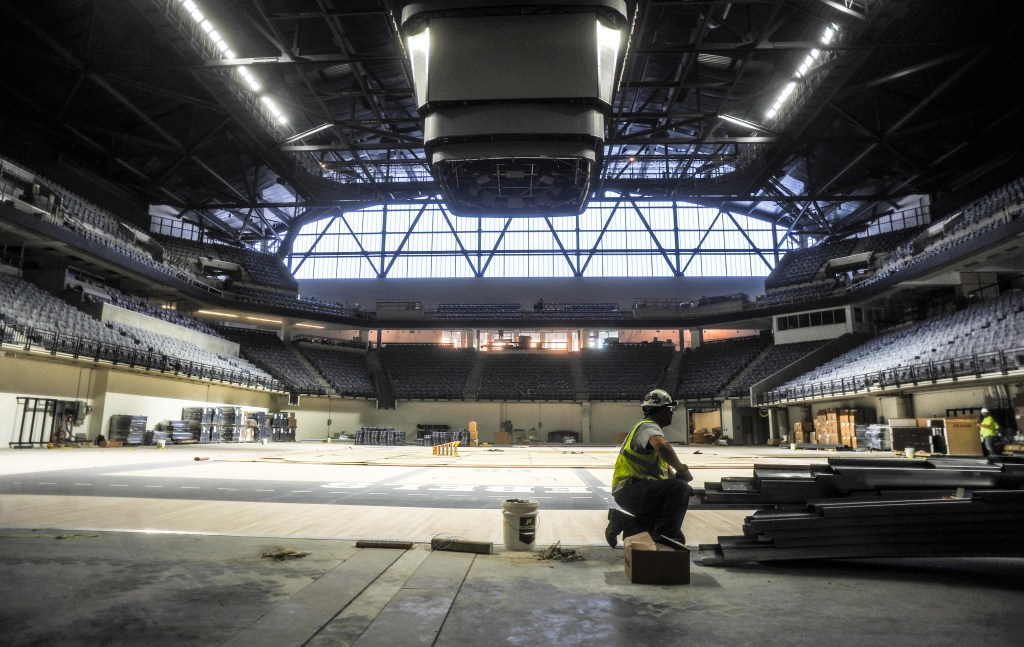 The Pavilion at Ole Miss, under construction at the University of Mississippi, in Oxford, Miss. on Friday, November 20, 2015.

The vision of a new state-of-the-art basketball facility for Ole Miss is a little more than a month from becoming a reality.

The Pavilion at Ole Miss, the school’s $96.5-million, 9,500-seat multipurpose arena, is “on track” to open for the men’s first Southeastern Conference home game on Jan. 7 against Alabama, athletic director Ross Bjork said. The facility is in the final stages of preparation with painting and touch-up work before furniture is scheduled to be moved into the facility on Dec. 28.

Members of the media on Friday afternoon were given a tour of the arena, which will also be used for concerts and other campus events while the lobby area will be open every weekday and on football gamedays starting next season to give fans a place to mingle, Bjork said.

In the lobby area will be added concessions, including a Raising Cane’s and a Steak ‘n Shake, as well as the C Spire Speedzone, a 1 Gbps (Gigabit per second) fiber optic-enabled wireless network to allow a fast Internet connection for fans on gameday and students throughout the week. The network will also be available in the mezzanine, or upper, level.

The arena, which will include more than 1,700 premium seats and one of the largest center-hung video boards in the nation, is the centerpiece of the school’s Forward Together campaign, a fundraising initiative to improve athletic facilities and amenities on campus. The campaign surpassed the initial goal of $150 million last week with the new goal being $200 million, Bjork said.

The arena has room to expand capacity to more than 10,000 if needed, but Bjork said he’ll wait to see how attendance is this season before making any decision on that. “Almost 5,000” season tickets have been sold, Bjork said.

The move to the Pavilion will mark the end of the teams’ time at C.M. “Tad” Smith Coliseum, which has been the Rebels’ home since 1966. Only Vanderbilt’s Memorial Gym and Georgia’s Stegeman Coliseum are older arenas in the SEC.

“You don’t open a building like this but once in a lifetime,” Bjork said. “I just can’t wait to see the expression on people’s faces.”