A Lafayette County teen has been charged with stabbing two women with a knife.

Investigators say Bowden stabbed the two women with a small knife. The alleged victims were taken to Baptist Memorial Hospital-North Mississippi where they were treated for non-life threatening injuries.

Bowden was taken to the Lafayette County Detention Center where he was charged with two counts of aggravated assault. He is awaiting his first appearance bond hearing. 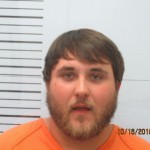