Offensive struggles have Rebs off to slow start 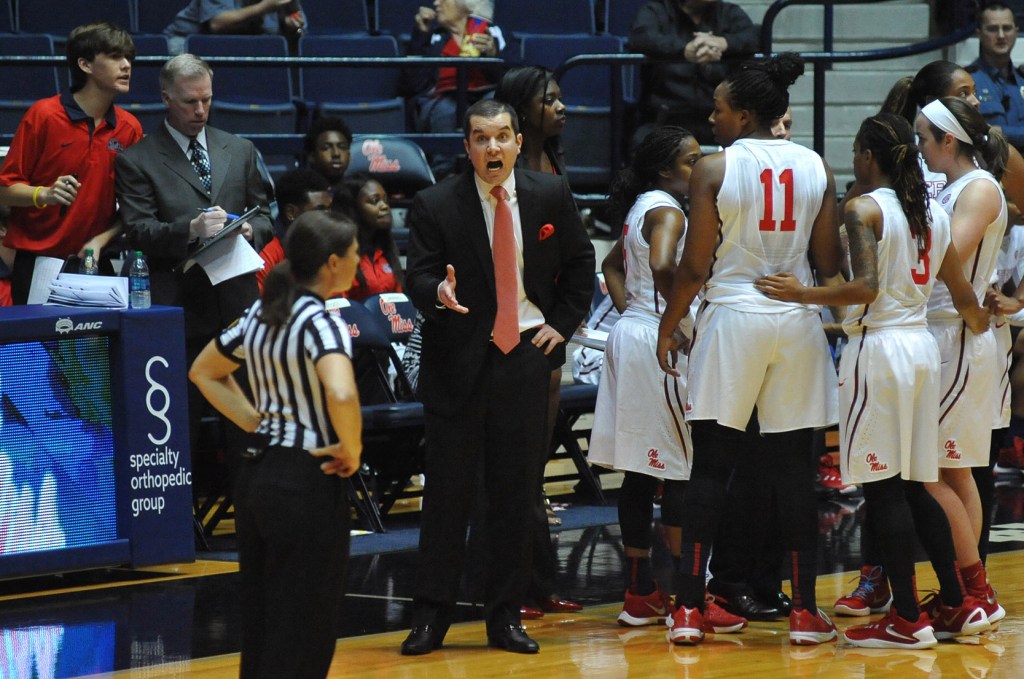 The first two weeks of the season have not gone according to plan for the Ole Miss women’s basketball team.

After being selected to finish sixth in the Southeastern Conference in the preseason, the Rebels are at the bottom looking up.

Ole Miss (1-3) is riding a three-game losing skid after starting the season with a win over Mississippi Valley State. Losses to Louisiana-Lafayette, Missouri State and, most recently, Middle Tennessee State on Sunday have the Rebels sitting in last place in the SEC.

The struggles are somewhat surprising with Ole Miss returning experienced players in Oxford native Erika Sisk, A’Queen Hayes, Kelsey Briggs, Bretta Hart, Shequila Joseph and Shandricka Sessom. There is not one senior on the team, but there are three juniors and three sophomores who have played at least a year in the SEC and in head coach Matt Insell’s system.

“People keep saying it’s because we’re young, but at the end of the day, you have to play the game no matter what age you are,” Insell said after Sunday’s loss.

Some of the troubles can be attributed to falling behind quickly and by large deficits midway through a game, stemming from not being able to make shots from close range or beyond. The Rebels fell behind Missouri State by 23 points and trailed Louisiana-Lafayette by 20 at one point. Through the first four games, Ole Miss is shooting 102 of 254 (40.2 percent) from the field and just 36 of 92 (39.1) from 3-point range.

Need to finish
“It’s been this way in the second and third quarters. We just go silent,” Insell said. “Why is that? I don’t know and I can’t explain it. We’re driving the ball every time we get it and we maybe get fouled at the rim, but I don’t know. I do know that we still have to be tough and score the basketball. We’re getting good shots at the rim and we need somebody to step up and become our go-to player.”

The only area on the court Ole Miss has been able to get points consistently from is the free-throw line. The Rebels are 78 of 105 (74.3) from the charity stripe.

Defensively the Rebels are doing what is needed to slow down opposing offenses, forcing 95 turnovers, which is good enough for nearly 24 turnovers per game. They also have 50 steals through the first four games of the season.

Ole Miss will look to turn things around on a trip to New York over the holiday weekend. The Rebels will face Stony Brook on Friday at 1 p.m. CT then take on Wagner in Staten Island on Sunday at noon.