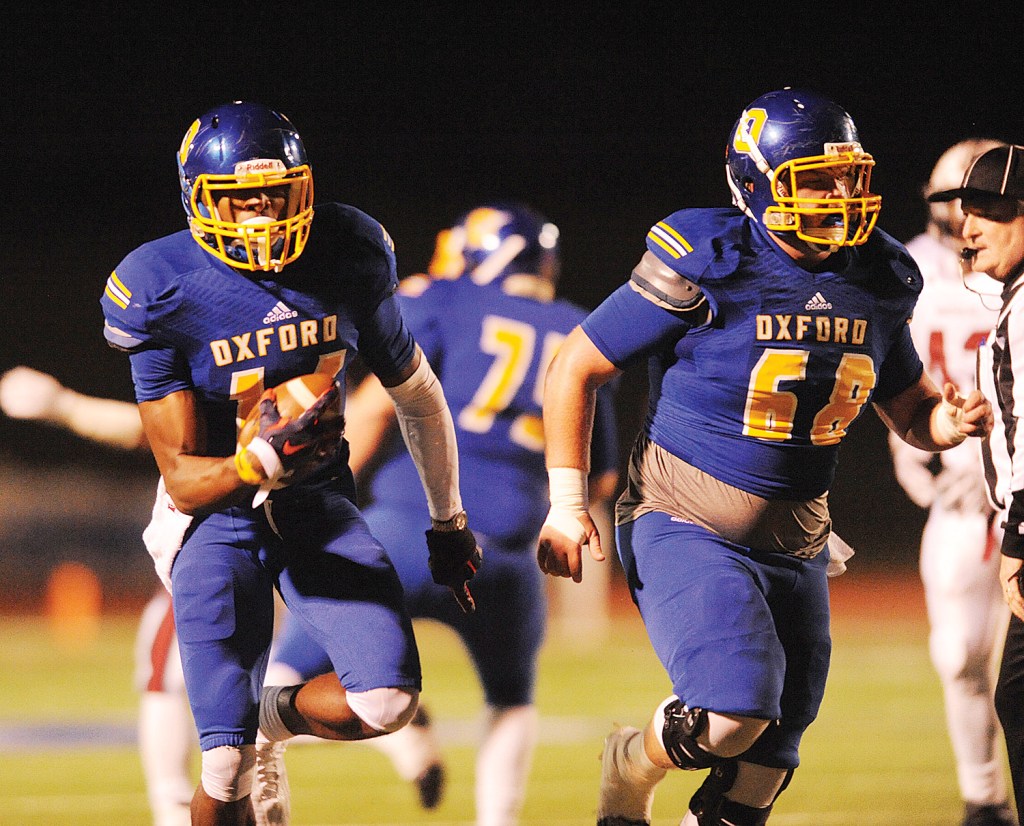 Two teams who are very familiar with each other will face off one more time this year with a berth to the MHSAA Class 5A state championship game on the line.

Oxford hosts West Point for the second time this year in the North Half title game Friday at Bobby Holcomb Field.

The Chargers (11-2) are playing for their third consecutive North Half championship while the Green Wave (11-2) are competing in the game for the first time since 2012.

Being Region 1-5A foes, the two teams play one another at least once a year, but that number usually increases by the time December rolls around each season. This is the second straight year Oxford and West Point have played each other twice in a season.

For Oxford it’s the same song on a different day

“We’re excited, it’s a familiar foe,” Oxford quarterback Jack Abraham said. “We know what they’re going to do and what they got. … They’re a good team and obviously we handled them in the first ballgame, but that’s a whole different thing. They’ve probably gotten better since then. We’ve got to focus up and hopefully get back to state (on Friday).”

In Oxford’s 50-28 win over West Point on Sept. 26, Abraham threw for 405 yards and five touchdowns, completing all but six passes. The Chargers jumped all over West Point from the start, leading the Green Wave 22-0 through the first quarter.

West Point running back Chris Calvert led a rally, cutting the lead 22-14 in the second quarter, but that was a close as the Green Wave got before Oxford’s high-octane offense pulled away for good, leading 49-14 at halftime.

Calvert did most of the damage for the Green Wave in their first encounter with Oxford, rushing for 92 yards on 15 carries and two touchdowns. Sophomore Marcus Murphy racked up the most yards on the ground with 182 on 34 carries and one touchdown.

Through the air West Point was non-effective with less than 100 passing yards and only one touchdown to go with one interception by Oxford’s C.J. Terrell, his third of the season at the time.

Since that night in September, both teams have been on a tear.

West Point started what has become an eight-game winning streak the following week with a 53-16 win over Clarksdale. Oxford started a new winning streak, which has reached nine games, after defeating crosstown foe Lafayette two weeks prior.

“We’ll be ready,” Oxford coach Johnny Hill said after last weeks’ win over Germantown. “We’ll be ready to see what changes (West Point) made to prepare for us and go at it. There won’t be any surprises. They won’t be surprised at us, and we ain’t going to be surprised by them. Maybe we won’t let them have the ball for 96 plays again. We thought when we played them last time we’d see them again.”

Oxford and West Point have met in the playoffs twice before in the past five seasons, both happening in the quarterfinal round. Oxford won the most recent encounter last season at West Point, 42-14. In 2010, the Green Wave got the better of Oxford with a 27-12 victory.