The Beacon restaurant is an Oxford mainstay 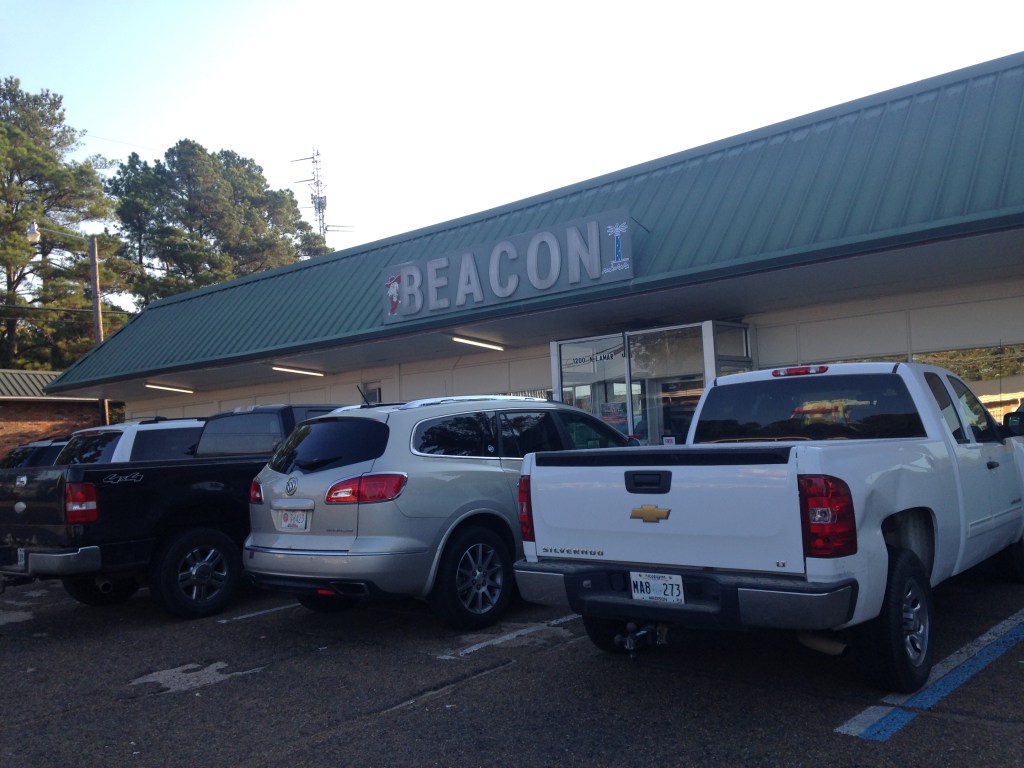 The Beacon is a popular eatery in Oxford.

Friendly greetings, such as ‘Sit wherever y’all want,’ are the first words you hear when you enter the popular Oxford restaurant.

Since April 15, 1959, The Beacon has been a staple in the community. Owned by Flem Mize, the restaurant gained popularity with its Southern hospitality and home-cooked food.

Today, thanks to his son, Tony Mize, it is still succeeding.

“My father was very much in the business before opening his first restaurant,” said Mize. “He managed the grill at the university for 20 years, and then opened this restaurant. He wanted to stay in Oxford because he had been here his whole life.”

According to his son, Flem Mize’s dream was to open his own restaurant in Oxford.

“He was in the food business for quite a while and thought he could make it on his own,” said Mize. “The first day he and my mom opened up, they had taken in $100, and he told my mom, ‘Honey, if we can do this every day, we’ll make it.’”

More than 50 years later, Mize’s vision continues, with many familiar faces returning and new faces coming in every day.

“We are down home people,” said Mize. “We see the same people day in and day out. If I see someone from the register and I don’t know them, I’ll strike up a conversation. That’s what makes us special. We really get to know them, and that’s my favorite thing about The Beacon.”

Mize said he loves the people he gets to go to work with every day.

“Working with the people I work with, it doesn’t even feel like work,” he said. “Sure, we have our good and bad days just like everyone else, but we move on, and we get along well. We’re family.”

Many waitresses came over from the university with Flem Mize and stayed at The Beacon 40 years before retiring.

Mize said the waitresses even know what the regulars are going to eat. They don’t have to order.

“Our workers are creatures of habit,” he said.The Beacon is located five miles from the Square, but still considered on the outskirts of Oxford.

Mize said he wouldn’t move the restaurant to be more centrally-located.

“If you’re coming this way, you’re not driving by saying, ‘What are we going to eat?’ You’re coming here to eat,” he said.

Mize said he believes in fair prices for great food, and nothing too fancy.

“We treat our customers like family,” he said. “We serve them a good meal at a reasonable price, try to do a home cooked meal for them. (It’s) nothing special. You don’t see any white table cloths or a waitress/waiter dressed in ties.”

Many students hear about The Beacon and come to try it out, finding it very refreshing from other places in Oxford.

Nathan Robinson, a University of Mississippi junior, heard about the restaurant from his older brother.

“I can go there anytime of the day, order anything off the menu, and be more than happy with it,” said Robinson. “If I had to pick my favorite item though, it would definitely be their bacon burger, best one in Oxford for sure.”

Mize gets that all the time.

“We are known for our jumbo cheeseburger, but our catfish is just as good,” he said. “I’ve heard people say that’s the best cheeseburger in town, and I say, ‘Well, you need to have plenty of napkins because the greasier the better. If it’s not dripping on your shirt, it’s not a good one.”

Robinson said he appreciates The Beacon’s home-style feel because it reminds him of home.

“In Oxford, it’s been hard to find a great atmosphere and home-cooked food where I don’t feel like I need to get dressed up or anything,” Robinson said. “The food reminds me of something my mom would make, and I really appreciate that. I’m glad there is a place like that in Oxford.”

The Beacon has always been a family restaurant.

“I had to quit school because my dad had heart problems,” Mize said. “I know if I didn’t take over, the place would have been gone two decades ago. But it makes me happy knowing a lot of people are happy I did, and we’re still going strong.”

Mize said the future of The Beacon is unpredictable.

“I don’t know what’s gonna happen to it after I leave,” he said. “I hope someone will take it over, but I know it won’t be a family member. I hope someone keeps it going in the same tradition that my father and I did.”