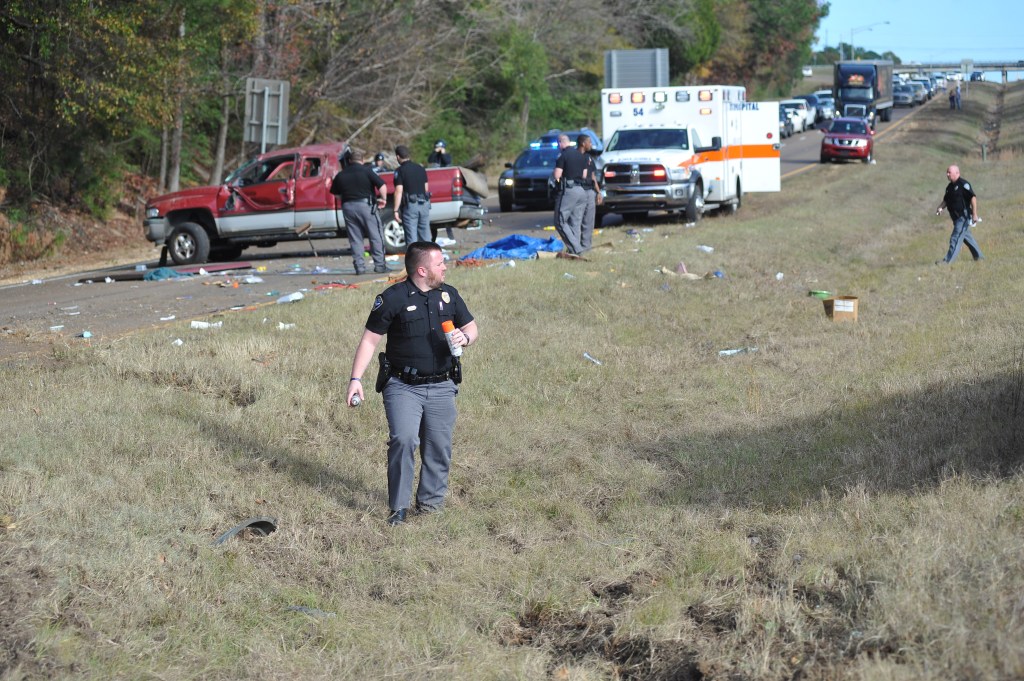 Wreck on Highway 6 between South Lamar and Old Taylor Road in Oxford, Miss. on Thursday, November 26, 2015.

A Pontotoc woman was killed Thanksgiving afternoon after the car she was driving was hit while travelling on Highway 6.

The Oxford Police Department responded to the wreck at 1:38 p.m. that was just east of the Old Taylor Road exit. Two vehicles were involved in the wreck.

Virginia “Ginny” Leanne Dillard, 37, was ejected from the vehicle and was pronounced dead at the scene. Paramedics attempted to revive her at the scene and called in for a medical helicopter to fly her out to a hospital but their efforts were not successful, according to Lafayette County Coroner Rocky Kennedy.

Witnesses say a vehicle, traveling east, went off the side of the road, got back into the road and overcorrected before hitting Dillard’s vehicle. A passenger in Dillard’s vehicle was taken to Baptist Memorial Hospital-North Mississippi with nonlife-threatening injuries.

OPD officers, a detective and an accident reconstructionist worked the crash as a crime scene and through their investigation, believed that alcohol was a factor in the wreck, according to a press release from OPD, and officers are conducting a DUI investigation along with the wreck investigation.

On Thursday afternoon, OPD said no arrests had been made. They could not be reached for comment this morning.

Tutor Funeral Home in Pontotoc is in charge of Dillard’s arrangements.