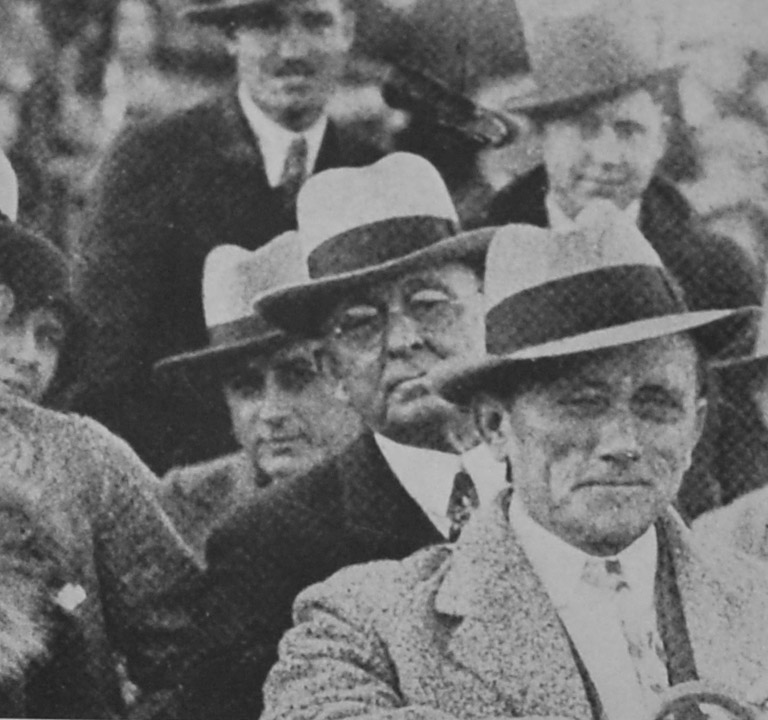 In the elections of 1927, one of the candidates for governor had been elected back in 1916 to his first term as governor. He laid out his required four years (plus), and ran for a second term in 1927. Theodore G. “The Man” Bilbo would be elected to another term and at his inaugural ceremony he presented three things he wanted to do.

First was to pave every road in Missississippi with brick. When they wore out on one side you just flipped them over. Then after that you could still turn them up on their ends to get all the use left in the well-worn brick. He also wanted to have a state-owned printing company to print all secondary school textbooks, which wasn’t a bad idea. But the one that rankled the college graduates among the voters and state leaders concerned both alumni associations greatly.

Although A&M and Ole Miss were bitter rivals, an alliance was forged between the students, faculty, alumni and residents of both Oxford and Starkville who wanted both schools to remain where they were. A bill was introduced in the Mississippi House and the work began for the Ole Miss/A&M Alliance to block the removal of the universities to Jackson.

An effort to win over the legislators began in early February 1828. The residents of Oxford paid a little over $3,000 (one dollar per resident) to charter a passenger train from Jackson to Oxford. They felt that if the legislators could see Oxford and the campus they would never want to move the institution. The train arrived in Oxford at noon on Feb. 4, 1928 and the residents were ready to lay out the red carpet for the legislators.

Chancellor Alfred Hume, later to be fired by Bilbo as chancellor (but then later come back to the university as chancellor after Bilbo left office) had issued a public statement in December 1927 that was reprinted in pamphlet form and distributed by the residents of Oxford to the legislators. The objective was a straight-forward and objective defense of Oxford as the location for the state university.

“Instead of moving the University away, that it might be a little easier to reach, ought not the people of Mississippi to look upon a visit here as a holy pilgrimage?”

When the train from Jackson arrived, most of the prominent people of Oxford were there to greet the legislators. They had a line of “spic and span” automobiles to take the legislators on a tour of Oxford and the university campus. They were given a meal at one of the girl’s dorms and later taken on a tour of the various buildings and classrooms on campus.

Later in the evening there was a banquet held in their honor and speeches given by the chancellor and several faculty members. Hume ended his remarks by stating, “Gentlemen, you may move the University of Mississippi.

You may move it to Jackson or anywhere else. You may uproot it from the hallowed ground on which had stood for 80 years. You may take it from these surroundings that have become dear to thousands who have gone from its doors. But gentlemen, don’t call it Ole Miss.”

Ten days after the legislators had returned to Jackson, Representative F.K. Belk of Holly Springs introduced a resolution in the House to prohibit the move of the university to Jackson. Hume had been successful in his bid to keep the university at Oxford. The vote was 109 to 9 in favor of the resolution.

Two weeks later, Gov. Bilbo recommended to a joint session of the legislature a $5 million appropriation for new buildings on the campus at Oxford. The legislature voted $1.6 million for the new buildings at the university. The result was the construction by 1929 of the graduate school building, the cafeteria, the gymnasium, stadium, and the field house, the University High School building for practice teaching, the Lamar Hall for the Law School, one dorm for women, and six dorms for men, and