Reflections on a school visit around the world 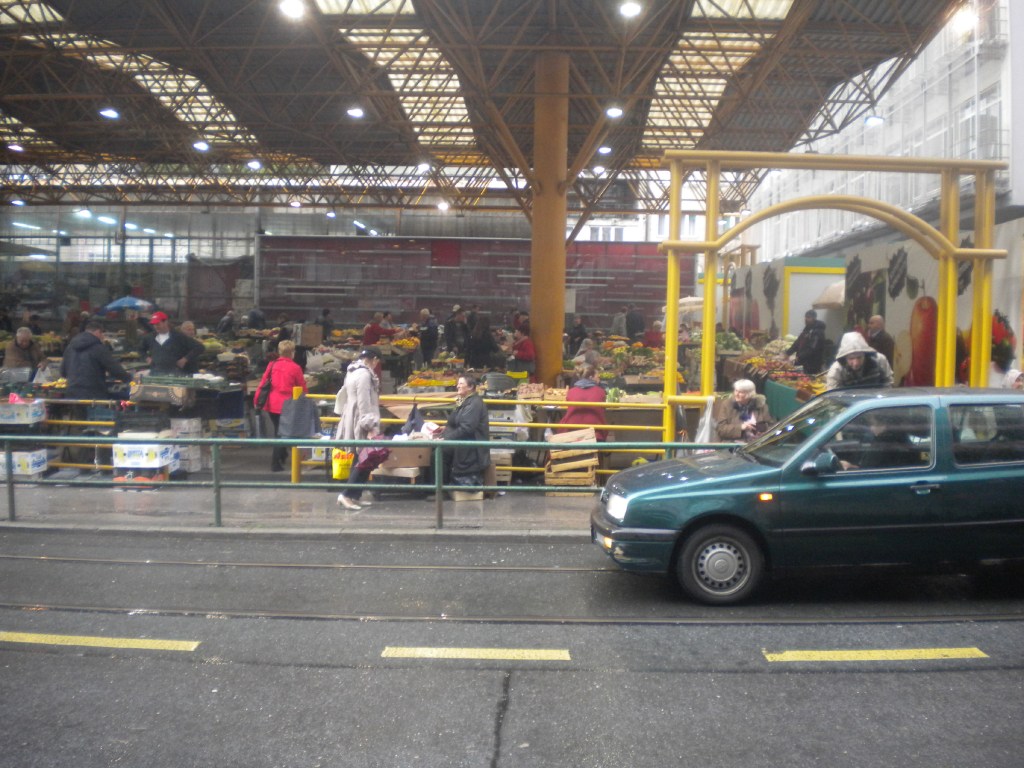 The conflict between radical Islam and the West has been fought for centuries in the Balkans. Everywhere you go there are memorials to the dead from one conflict after another.

I realized the enduring nature of the conflict several years ago at a reception on the top floor of a bank building in Belgrade, Serbia.

My host and I looked down on Belgrade Fortress, a fort situated where the Danube and Sava River meet.  “That fort has changed hands dozens of times between the Hapsburgs and the Ottomans,” he said.

The next day we were to hear a speech by Boris Tadic, the president of Bosnia.  He would tell us that his administration was committed to bringing to justice those who had committed war crimes during the recent Balkan conflict.

Last month an associated (cq) professor at NLA University College, the second largest private higher education institution in Norway, and I were in the Balkans to attempt to move the Kosovo Institute of Journalism and Communication to one of the public Institutions of Higher Learning in that newly formed nation.

If the program is transferred, we are hopeful that Meek School faculty will be able to teach journalism and integrated marketing communications in Kosovo in the near future.

Kåre Melhus covered the Balkan conflict.  He is a graduate of Trinity International University in Deerfield, Illinois, and was awarded a graduate degree in journalism by the University of Missouri.

His school offers a masters degree in global journalism and has been involved in establishing graduate journalism programs at Addis Ababa University in Ethiopia and the Kosovo Institute of Journalism and Communications in Pristina, Kosovo.

During our time in the Balkans, we spent a day in Sarajevo where he briefly had covered the siege of that city by Serbian forces.

Tito’s Yugoslavia had gradually declined, and the disintegration continued after his death. In October 1991, Bosnia Herzegovina declared independence. In reaction, Slobodan Miloševic, a Serbian, and Franjo Tuđman, a Croatian, had agreed to take portions of Bosnia and Herzegovina, and Bosnian Serbs had established the Republic of Srpska east of Sarajevo.

By April 1992 Serbian paramilitaries and members of the Yugoslavia Army had laid siege to Sarajevo and more than three years of ethnic cleansing ensued. Serbs in the hills surrounding Sarajevo lobbed mortars into the city every day.

Two bombardments carried out by the Army of the Republic of Srpska targeted civilians during the siege of Sarajevo.  They occurred at the market place in the historic center of the city. The first was on Feb. 5, 1994, killing 68 people; 144 more were wounded.  The second was on Aug. 28, 1995, when five mortar shells killed 43 and wounded 75 Bosnians.

NATO responded with air strikes in September.  The damage was so severe that Balkan leaders responded affirmatively to President Bill Clinton’s invitation to a peace conference in Dayton, Ohio.

At that conference Richard Holbrook convened the delegates in a hangar in Dayton and told them that nobody would go home until they reached an agreement.

“I did a lot of reporting from Oslo based on wire stories, but when the meetings began at Wright-Patterson Air Force Base, I was sent to Sarajevo to find out how people on the ground would react to a peace accord,” Melhus said. “I flew commercially into Zagreb and then was flown from Zagreb to Sarajevo on a military transport plane.”

The press stayed in one of two hotels. Melhus stayed in the Holiday Inn.

“We had no electricity in the hotel,” he said.  “The windows were plastic sheets. Sixty percent of the building was damaged or destroyed. A portion of the fourth floor stairwell had been blown away and there was no elevator.

“I asked why it was stopped there and was told a sniper in the hills had taken out the trolley driver.”

“Most of what I produced was aired while I was in Sarajevo. I transmitted with a BBC satellite phone system right there in the hotel. The phone bill was $8,000 for one week.

“In those days we had tape recorders. We put bits of paper into the tape reel to mark the beginning of each sound bite. So I had to do a lot of spooling while on the satelite phone, in order to transmit the content for my stories.”

During our visit we drove into Sarajevo and down the main street, stopping at the Holiday Inn where Melhus had stayed. We wanted to see how the hotel had been rebuilt. As we walked into the lobby we were stopped abruptly by a guard who told us the hotel was closed. They would not tell us why, but they quickly escorted us out the door.

A few blocks down the street was The Corner Hotel, right across from City Hall, which Hapsburg Archduke Franz Ferdinand had visited before he was assassinated.

Melhus asked the receptionist if the Republic of Srpska had been just across the river that flows along the street in front of the hotel.

“Oh, no. I’m Bosnian,” she said, not understanding the question.

With further discussion we learned that the hotel was in the Bosnian portion of the city across the river from what had been the Republic of Srpska.

“I am from Srebrenica,” she later told us. I was only 14 when 8,000 of our people were killed by radical Serbs.

“Not all Serbs are bad,” she said. “The trouble was caused by radicals.

“My grandfather and father went to the forest to hide and their bones were found later.

“My father was shot in the temple. So he did not know he was a target. He did not see his killers and he died instantly.

“I feel worse about my grandfather because they blindfolded him and shot him from behind.

“My father was 40 years old and my grandfather was 70.

“But my father would be happy because both my brother and I finished college, my brother in biology and me in economics.”

The economy of Sarajevo is still challenged.  A hotel receptionist is the best job a young woman with a college degree in economics can get, and she feels lucky to have it.

“Perhaps it is my bias as a Bosnian,” she said, “but Dutch soldiers were not helpful to those of us who were civilians. One Dutch soldier told a friend of mine that Serbs had a right to kill Muslims.”

In July 1995, Dutch soldiers in Srebrenica failed to prevent the town’s capture despite the fact that the United Nations in April 1993, declared the town a “safe area” under UN protection.

As we walked through the old city, we went by one park after another with graves and monuments to the estimated 10,000 who died during the conflict. The city had endured the longest siege of a capital city in modern warfare.

The next morning, we drove by the Olympic stadium for the 1984 Winter Olympics. The green space to the south of the stadium was filled with gravesites.

The memorials to conflict in the Balkans are everywhere.

Will Norton is professor and dean of the University of Mississippi’s Meek School of Journalism and New Media. He can be reached at HWNorton@olemiss.edu.