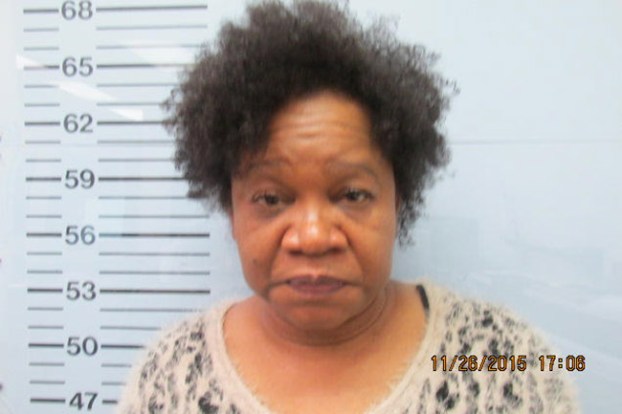 Patricia Guy was charged with aggravated DUI in the Thanksgiving Day death of Virginia Leanne Dillard.

The Oxford Police Department has arrested a suspect for driving under the influence of alcohol on Thanksgiving afternoon and allegedly causing a wreck that claimed the life of a 37-year-old local woman.

Patricia Guy, 62, of Memphis was charged with one count of aggravated DUI. A blood kit was taken from Guy at the scene and sent to the Mississippi State Crime Lab testing. The investigation is ongoing. She was booked into the Lafayette County Detention Center Thursday on a $50,000 bond.

The wreck occurred at about 1:30 p.m. Thursday on Highway 6 East, just east of the Old Taylor Road exit.

In a statement released this morning, OPD reports Guy was traveling on Highway 6 East when she ran off the road onto the shoulder, overcorrected and then drove into another vehicle, driven by Virginia Leanne Dillard of Oxford.

Dillard was ejected from her vehicle and died at the scene, according to Lafayette County Coroner Rocky Kennedy. She was not wearing her seatbelt.

It was the only fatal wreck in Lafayette County over the holiday weekend.

The Mississippi Highway Patrol released numbers from the holiday enforcement period that began Wednesday night and ended Sunday evening. During that time, MHP troopers issued 6,198 citations and made 121 DUI arrests. They investigated 221 wrecks where four people were killed and 73 people injured.

The victims were not wearing their seatbelts, according to the MHP.

“The Mississippi Highway Patrol urges the public to consider chances of survival increase dramatically when properly restrained during a crash,” said MHP spokesman John A. Poulos. “The one second it takes to make the click can possibly save families a lifetime of grief. We are asking motorist to make good decisions and strive to make the remainder of the holiday season a safe one.”

In the Troop E, which covers Lafayette County, troopers had no DUI arrests and issued a total of 181 citations including eight for no seat belt. They investigated eight wrecks on local highways that resulted in two people being injured and no fatalities. The figures are for MHP only and not local law enforcement.

Overall, OPD had a quiet weekend with no other DUI arrests, other than the wreck that occurred on Thursday involving Guy.

“It was a good weekend for us,” said Major Jeff. McCutchen, who also reported OPD investigated just four burglaries during the holiday. In the past, the holiday weekend is often a busy one for burglaries as local college students go home for the holiday and citizens leave to visit relatives.

There was one arrest for DUI reported in Lafayette County over the extended weekend.

Harley Garrett served in the Reserve Officers’ Training Corps at the University of Mississippi. After graduating in 1963, he joined... read more