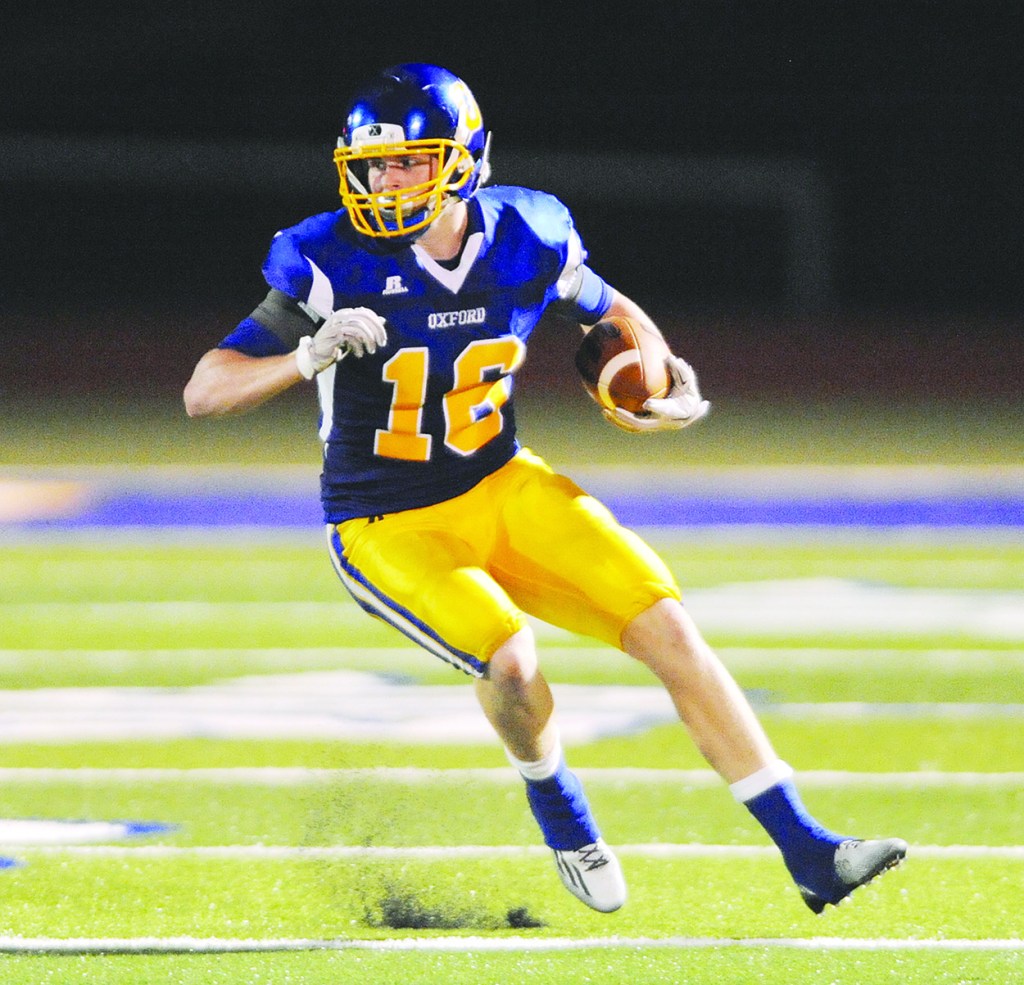 Zach Cousar’s first three trips to Ruston, Louisiana, this year were to see if Louisiana Tech was the school he might want to play for at the next level.

His latest to Louisiana Tech’s campus was to give the Bulldogs’ coaches that answer in person.

“I’ve kind of known for a while that they were No. 1,” Cousar said. “I’ve probably visited down there the most of all the schools, and it just felt right (Saturday).”

Cousar said he intended to tell the coaching staff, including his lead recruiter, inside receivers coach Joe Sloan, of his decision before the game but didn’t make it in time after waking up at 4:30 in the morning just hours after the Chargers’ North Half playoff win over West Point and making the five-hour drive to campus. Cousar eventually brightened the coaches’ day after the Bulldogs fell to Southern Miss, 58-24.

“(Sloan) was pumped up. Even though they lost to Southern Miss, he said that made his whole day.”

Similar styles
The 6-foot-4, 220-pound Cousar said his relationship with Sloan, who he called “the closest coach I talk to,” as well as the Bulldogs’ use of tight ends in their spread offense under head coach Skip Holtz made Louisiana Tech more appealing than his other suitors. Cousar is the Chargers’ fourth-leading receiver with 507 yards and five touchdowns catches in 11 games while playing with a fractured bone in his foot, which he’ll have surgery on in January.

“Their offense is very similar to Oxford’s, which I think that works pretty good for me,” Cousar said. “They like to throw the ball, and I like to catch.”

The Bulldogs’ persistence in the recruiting process also helped. Though Louisiana Tech wasn’t the first school to extend him an offer, Cousar said Louisiana Tech is one of the few schools that began showing interest in him before he had any offers in hand.

After attending Louisiana Tech’s Junior Day and two other games this fall, Cousar was ready to pull the trigger.

“I want to go somewhere where I know they want me,” he said. “I don’t want to be somebody’s second guy where this guy backed out so we want you now. Louisiana Tech has proven to me that they wanted me, so I felt it was right to go ahead and get it done.”

Cousar said he doesn’t foresee anything changing his mind between now and signing day in February.

SUNDAY REFLECTIONS: A look back at Ole Miss’ game…