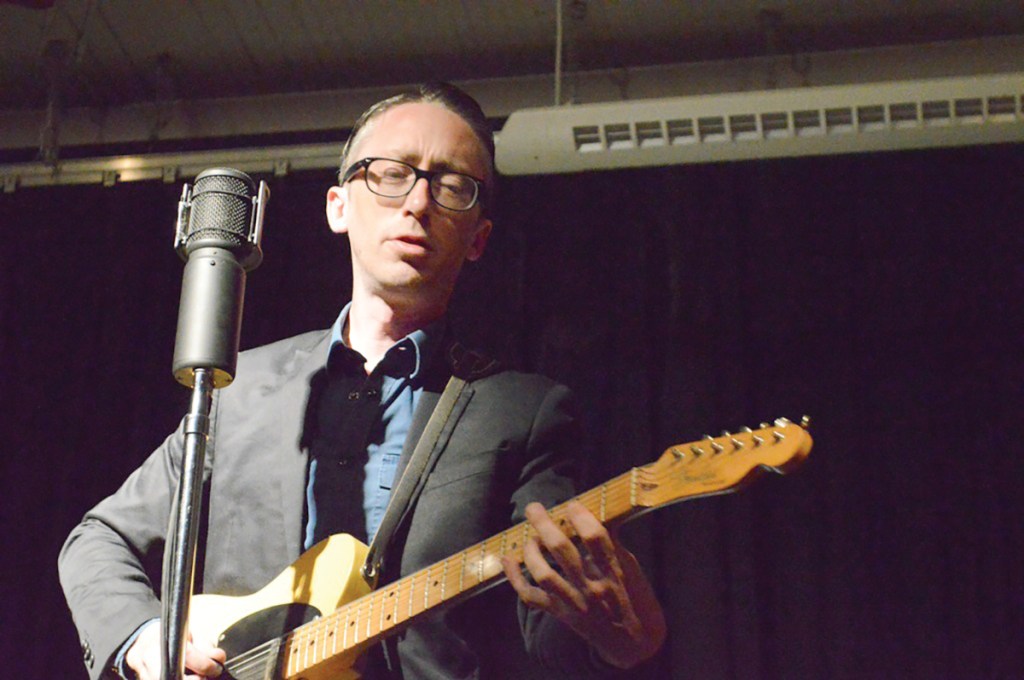 John Paul Keith and the Yalobushwhackers will perform Friday during the Thacker Mountain Radio Hour membership party to be held from 6-9 at Southside Art Gallery.

Admission is free for current members and new members may join at the door ($50 single, $75 couples and $10 students) or by credit card at thackermountain.com. Checks may be sent to P.O. Box 2196, Oxford, MS 38655. Membership fees are good for a year and help defray the show’s production costs.

The one-hour radio show, a nonprofit, tax-exempt organization, is recorded live every Thursday during the spring and fall at Off Square Books and features an author reading and a guest band performing each week.

Entertainment for Friday’s party will be provided by the Thacker Mountain house band, the Yalobushwhackers.

Food will be catered by Party Waitin’ to Happen with a special “signature cocktail” to be donated by Snackbar.

A silent auction will feature many “Oxford-centric” prizes to raise money for Thacker’s 2016 production costs. Perhaps the most exciting of these prizes will be a “Ghost Tour” on the Double Decker bus of some of Oxford’s most historic sites complete with a “bite and beverage” and a ghost story at each stop.

The bus tour will take place next spring. The top 20 bidders will visit various Oxford landmarks complete with stories by local Oxford citizens and officials.

Other silent auction items include Biscuits and Bloody Marys for 40 prepared by the “Debutante Farmer,” Elizabeth Heiskell of Woodson Ridge Farms, a weekend of shopping, golf, food and drink in Water Valley, a tour of the Jack Daniels Distillery in Lynchburg, Tennessee (includes dinner for four), tennis lessons at Goose Creek, dinner for eight at the home of City Grocery chef, John Currence, a 2016 Egg Bowl tailgate in Oxford with ESPN’s Wright Thompson, and a signed print by the late Oxford artist Theodora Hamblett.

Another prize expected to generate interest is from novelist Ace Atkins who will offer patrons a chance to bid on choosing a name for a character in one of his next books. The name can be a loved one, an inside joke, whatever name the winning bidder comes up with.

Live production of the radio show is on winter break until Feb 4, 2016 but the Thacker Mountain Radio Hour can still be heard every Saturday night at 7 p.m. on Mississippi Public Broadcasting radio (90.3 FM in Oxford) and online: http://www.mpbonline.org/programs/radio/listen-live/. More information is available at the show’s website, www.thackermountain.com.