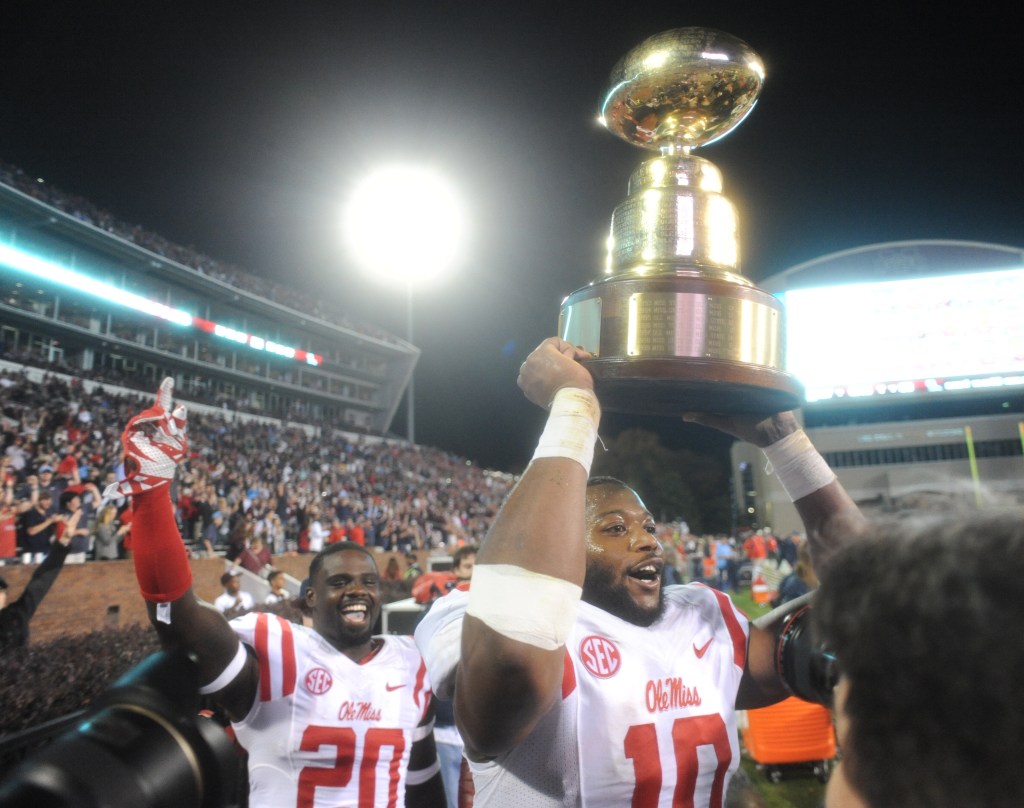 Ole Miss had a good idea of where it would be spending the postseason, but the Rebels got the confirmation they’ve been waiting for Sunday.

The Rebels will head to New Orleans on Jan. 1 to take on Oklahoma State in the Allstate Sugar Bowl. It’s the second straight New Year’s Six bowl berth for Ole Miss, which was blown out by TCU in last season’s Peach Bowl.

Ole Miss’ coaches and players can’t think of many more places they’d rather have a shot at redeeming themselves.

“It’s great that’s finally official and we can celebrate with our team, our coaches, our administration and our great fans something that I know, next to getting into the playoffs, this has to be the pinnacle of everything you could accomplish this year,” Ole Miss coach Hugh Freeze said after the bowl selections were announced Sunday. “The Sugar Bowl means so much to the Ole Miss family, and we’re excited to make it official.”

Ole Miss (9-3, 6-2 Southeastern Conference) finished with a flurry after a sobering loss at Memphis in mid-October, winning four of its last five regular-season games capped with victories over rivals LSU and Mississippi State. The No. 12-ranked Rebels, by way of being the SEC’s highest-ranked team not in this year’s four-team playoff, earned the school’s ninth Sugar Bowl bid and first since Archie Manning quarterbacked the Rebels to a 27-22 win over Arkansas in 1970.

Only Alabama and LSU have ever made more appearances in the annual New Year’s Day bowl than Ole Miss.

Ole Miss has been in line for a Sugar Bowl berth since jumping Florida in last week’s College Football Playoff rankings. The Rebels stayed there after the Gators lost to Alabama in the SEC Championship Game, but No. 16 Oklahoma State backed its way in with Texas’ upset of Baylor on Saturday.

Oklahoma State (10-2, 7-2 Big 12) finished tied with TCU for second place in the Big 12, but with conference champ Oklahoma bound for the playoffs, the Cowboys got the Sugar Bowl nod over TCU thanks to their head-to-head win on Nov. 7.

“Once I found out, I was really excited for our players and our coaches,” Oklahoma State coach Mike Gundy said. “Just glad that we made it into the Sugar Bowl.”

The game will feature two of the nation’s top 14 scoring offenses and two of the top 10 passing offenses. Neither team has really started digging into preparation yet, but Freeze said he knows what kind of offensive firepower his team is up against after getting beat 42-3 by a Big 12 team in last year’s bowl game.

Ole Miss will be looking for its sixth Sugar Bowl win and its seventh victory in its last eight bowl trips.

“We didn’t fare real well our last time against a Big 12 opponent,” Freeze said. “I have great respect for those guys and the brand of football they play.”