Fischer gives his time as volunteer at Boys & Girls Club 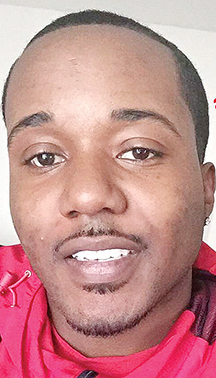 Sometimes life does not turn out like people expect, sometimes it turns out better and with more meaning.

Originally from East St. Louis, Stanley Fischer II first visited the University of Mississippi with the hopes of playing football. Instead, the senior has devoted his time to making a difference as a Boys & Girls Club volunteer.

“I heard of many people giving up on some of the children at the Boys and Girls club and I felt I could help relate to them and give them the feeling knowing there is at least one person who believes that they can succeed in life,” Fischer said.

The Boys & Girls Club volunteer program is set up through College Corps, which places students at various volunteer positions throughout the community. He volunteers to mentor the 10- to 12-year-old age group of young males.

Fischer spends his volunteer hours helping out at the club to try to help the children become better residents. He wants them to understand the importance of establishing a good future.

Fischer tries his best to show the boys the importance of being honest, what it means to be a man in today’s world, not to follow the crowd and do what is right.

“I think I provide to younger students a role model as a young man who was once in their position — if not the same, very similar — and can help provide a sense of guidance, helping them through school, and helping them keep faith in becoming whatever they may dream to be one day,” Fischer said.

He recalls being in a similar program when he was younger that focused on the same type of goals to keep children off the streets in St. Louis while their parents were still at work.

“I remember how important that was for myself, and for friends of mine who also were members of the club,” he said. “The club gave us a safe place to be after school, and motivated us to remain focused on our goals to become successful in life. So I guess you can say my past experiences of being a child has inspired me the most.”

Fischer is majoring in sociology with a minor in anthropology and works for Land Shark Delivery while going to school. He said he does not know what he wants to do for a living post-graduation, but he is enjoying his time spent volunteering.

“My favorite part of volunteering for College Corps is seeing the children grow, and helping them in all of their subjects in school, and being able to witness their grade improvements, which makes them and their parents smile,” Fischer said. “Best feeling in my opinion.”