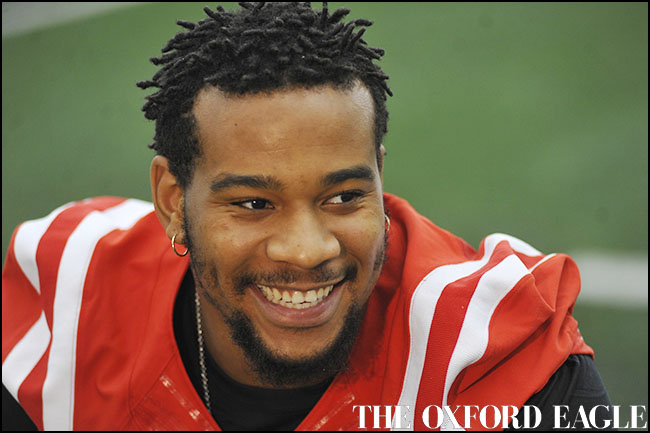 Ole Miss defensive tackle Robert Nkemdiche is stable in an Atlanta hospital after falling from a hotel window Saturday night, according to a police report obtained by Atlanta television station WSB-TV.

Zone Two units with the Atlanta Police Department responded to an injured person call at approximately 11:18 p.m. ET and found Nkemdiche conscious and breathing. Nkemdiche was taken to Grady Memorial Hospital where he was in “stable condition,” according to the police report.

“We are still learning about the matter, but obviously Robert’s well-being is our greatest concern,” Ole Miss coach Hugh Freeze said in a statement Sunday afternoon.

According to the report, Nkemdiche appeared to break a window, walk 15 feet, climb over a wall and then fall approximately 15 feet. Police found what is suspected to be a small amount of marijuana in the room, according to the report. A crime scene unit, a narcotics unit and the IG Squad also responded to the scene.

The TV station reported the incident, according to police, occurred at the Hyatt Hotel in Buckhead, a popular section of downtown Atlanta. The 6-foot-4, 296-pound Nkemdiche, a projected top-10 pick in next year’s NFL draft, was the nation’s No. 1 overall recruit in 2013 coming out of Grayson High in Loganville, Georgia, which is approximately 33 miles from Atlanta.